Looking for another Southeast Asian Trip!

Amidst back posts waiting to be published in the blogs, I've been thinking of having another quick getaway within Southeast Asia. It's been a while since I've been out for trips within the region, and I do hope to be on one soon. Why Southeast Asia you ask? Well from my perspective there could be a lot of reasons:

Also since, ASEAN countries have a treaty that doesn't require visa among its citizens, we are free to jump from one ASEAN country to another without hassle of paperwork.

Among the member countries, I've been to (in alphabetical order) Cambodia, Indonesia, Malaysia, Philippines, Singapore, Thailand and Vietnam. I've been wanting to, but haven't been yet to Brunei, Laos and Myanmar, because either I have no reason yet to go to or there is no direct flight from the country.

Actually I've been eyeing for a time already to be back in Thailand. Looking at my last trip to Bangkok and surrounding area, it was definitely a fun fun experience and although we have covered a lot at that time, there is still a lot of reasons to go back to. Looking at Bangkok flight deals and similar websites, makes me wonder and want to go, but still thinking. Hmmmm!

me, taken at Wat Arun 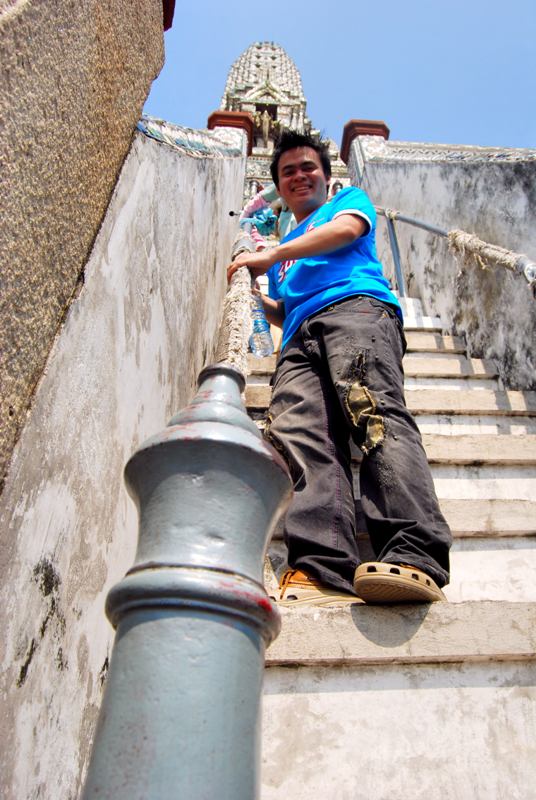 One of the ASEAN destination that are not much being featured is Brunei and Laos which make me think that there are few places to see in those destination. I think you could give it a try.

Try discovering Brunei, Laos or Indonesia in your next trip in ASEAN nation. Only few blogs write travel trips about it...

I wish I can also get outside the Philippines and go to any country in South East Asia. Thanks for sharing this post.

Travel to where your heart desires. The question is where? hehehe

I want to go to Myanmar.

Thank you for the good writeup. It in fact was a amusement account it. Look advanced to far added agreeable from you! However, how could we communicate?
Flights to Manila
Cheap Flights to Manila
Manila Flights

it's nice that you're planning for another southeast asian trip. been to Thailand too, but would love to go back, mine was such a short trip. -Talinggaw (http://talinggaw.blogspot.com)

Check out my blog
http://www.myalternativelife.net

For more tips and guides on backpacking in Southeast Asia.

Myanmar sounds interesting... Laos too. And, of course Thailand is always a great country to re-visit (i love it there too). Hope you've made these trips already!