A visit to Davao Crocodile Park

In my previous blog post, Jojo and I left Eden Nature Park and headed off for the pier in the city center to catch a ferry. As we the city approached nearer (an hour away from the part), we realized that we were too early for our schedule and still got time to visit a nearby place. I wanted to visit the Philippine Eagle Center, but since it's already out of the way, we instead went to another well-known spot in Davao City - the Davao Crocodile Park. 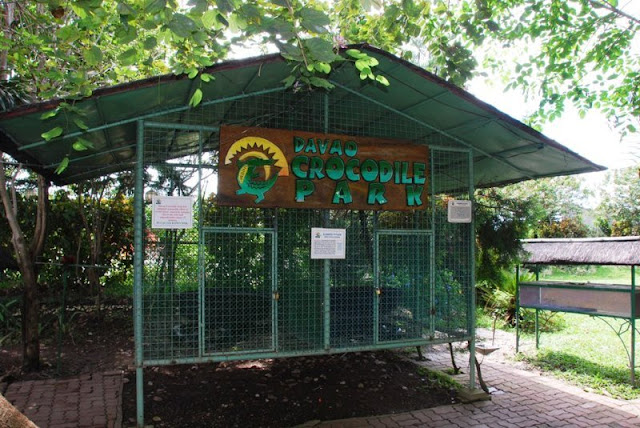 For a Php100 entrance fee, you get to access a variety of fauna inside. If you think all you'll see are crocodiles, you're in for a surprise when you visit the place. Birds are the first thing that caught our attention as we enter the park... 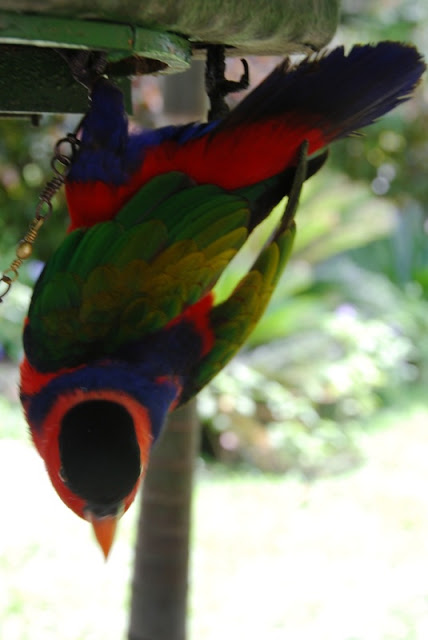 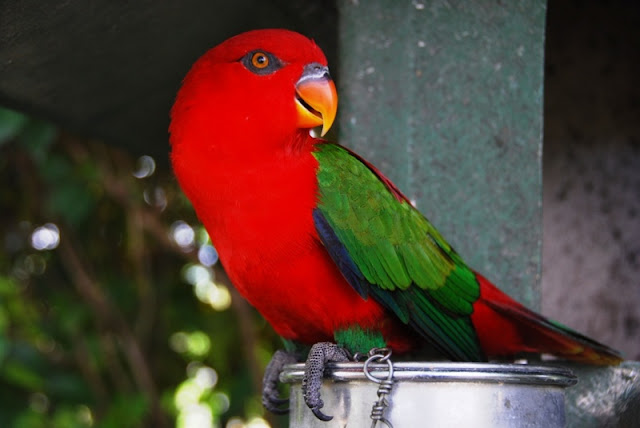 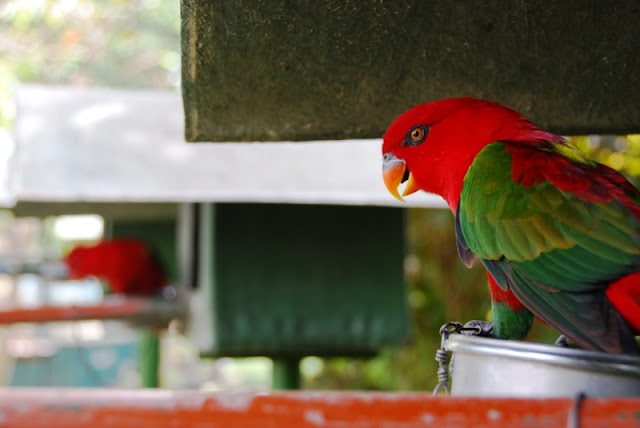 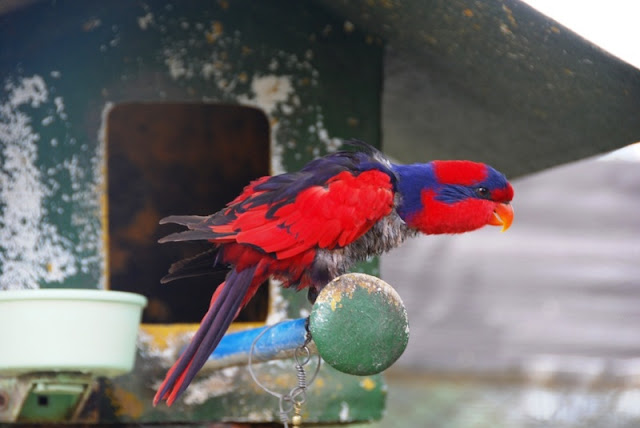 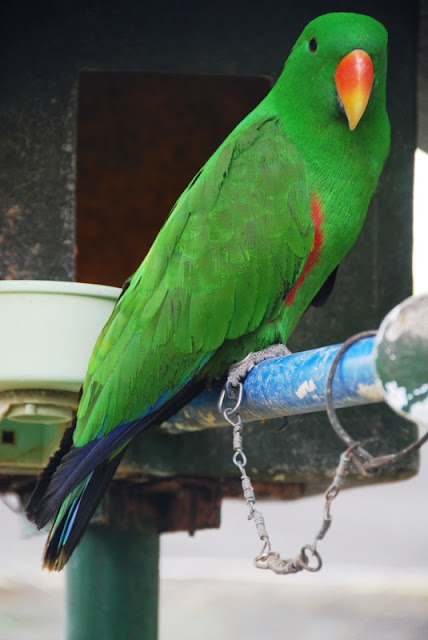 And of course... crocodiles! 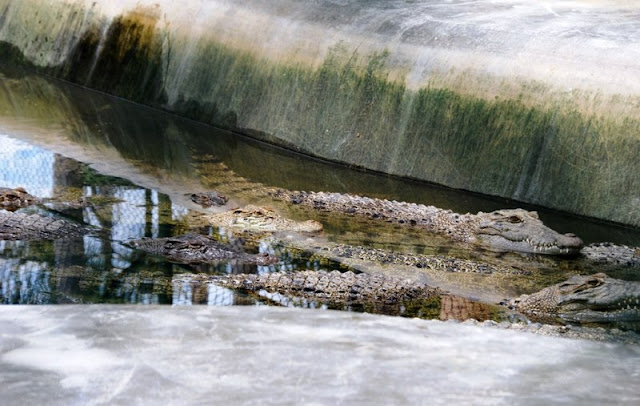 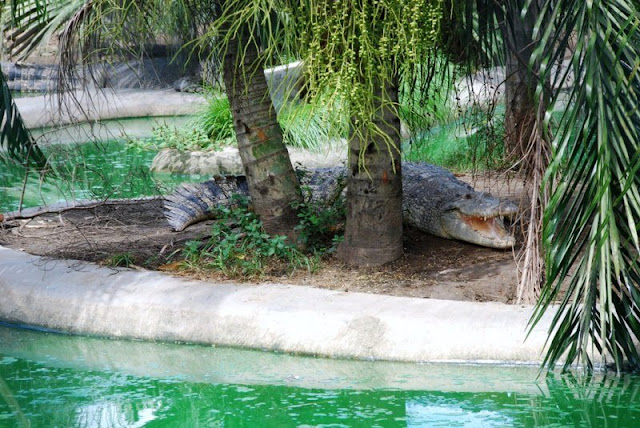 The crocodiles are kept in big pens like these, a replica of their natural habitat so they can feel more comfortable and "at home". 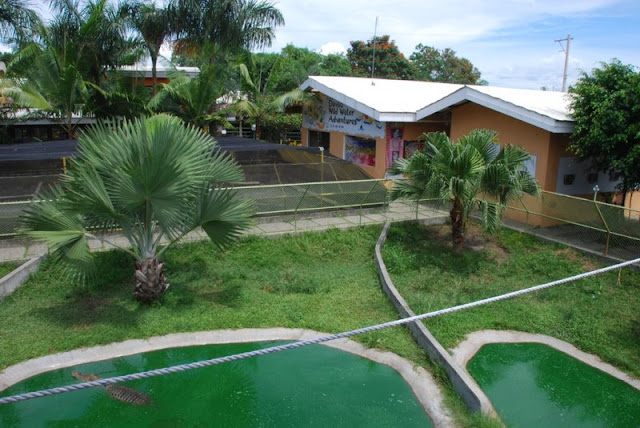 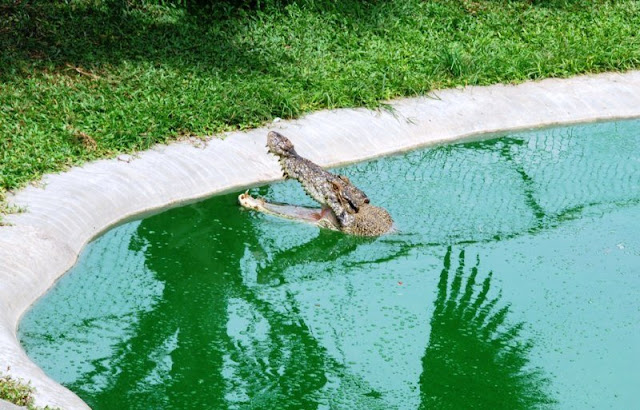 On one of the pens, I saw this crocodile lying down running water. He sure knows how to cool down! :) 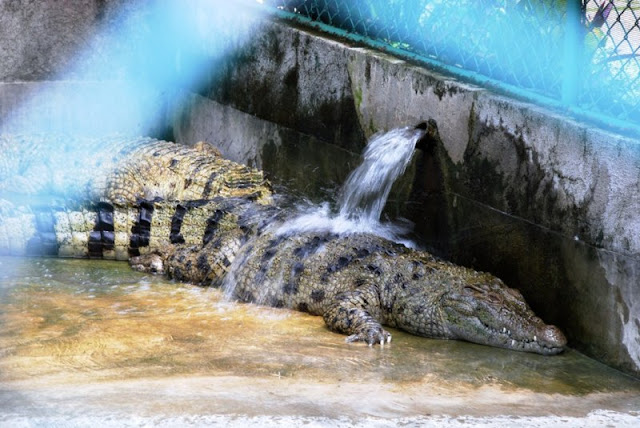 An ostrish farm is on the other side of the park with lots of... ostriches! 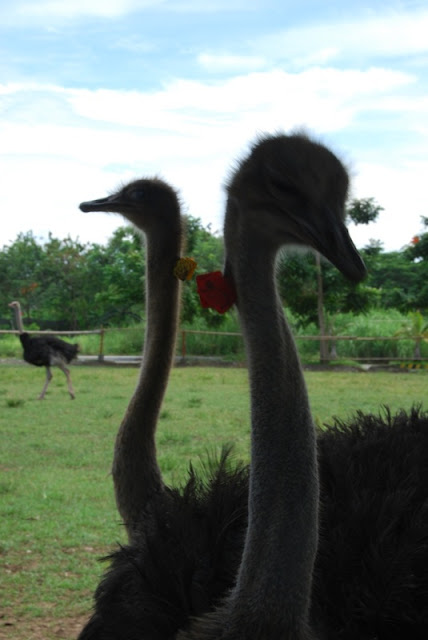 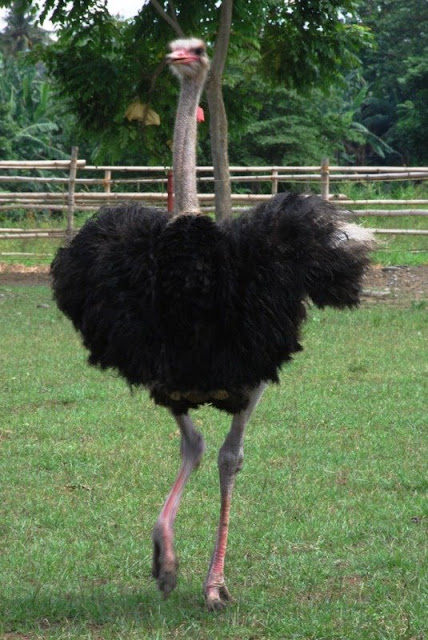 Also in the park is a photo area where a number of concrete animals, including a huge snake and and an elephant, is waiting for camwhores to have their picture taken! :) 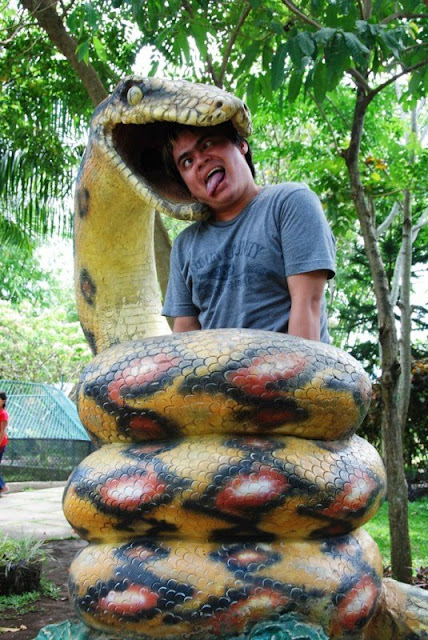 skeleton of a crocodile 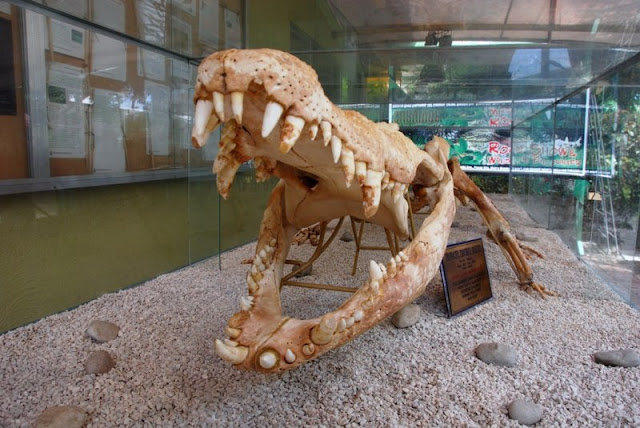 I have visited this park 2 years ago, but I appreciate it more now that I did previously. I was hurrying the last time because I was catching a flight, and the birds were not out for interaction with the visitors back then. Too bad, I still wasn't able to see or better yet, participate in the bird feeding and crocodile feeding activities.

We finally proceeded to Sta. Ana Pier after the visit to the crocodile park. We are booked for an overnight in Samal City, an island an hour away from Davao City, in a resort called Hof Gorei. I'll be blogging more about this experience in my upcoming posts. M/L Hof Gorei - 5 is docked on the so we boarded the vessel upon arrival. 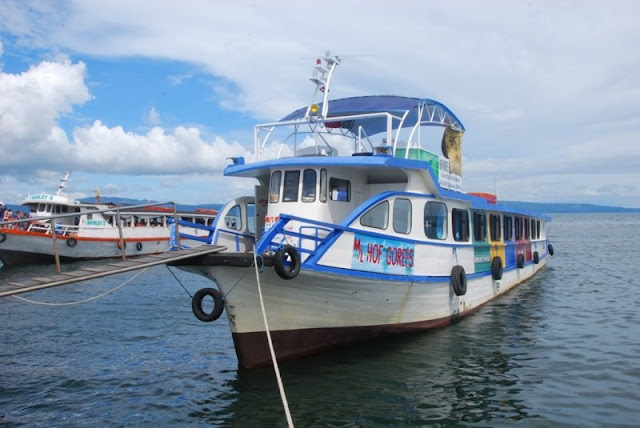 At first, we thought that things weren't right. There were people inside sleeping, eating, playing cards, etc. and although it was a nice boat, it doesn't seem like this one is going to a resort. Madam April was there and entertained us. She informed us that a smaller boat is coming to pick us up and that this boat is actually a passenger boat that transports passenger between the Sta. Ana, Davao City and Kaputian, Samal City. Later did we know that she's actually the owner of the whole resort and of all these boats! 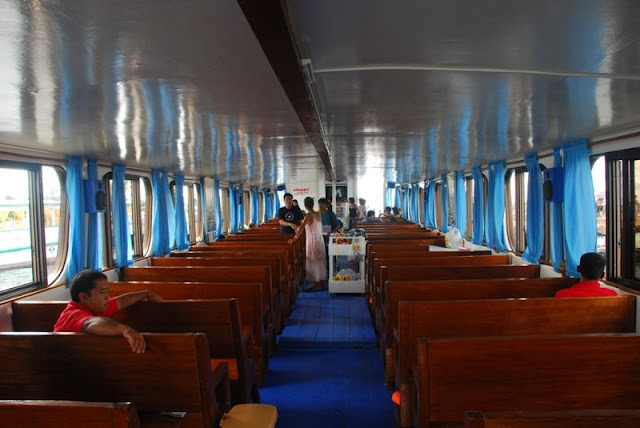 So while we are waiting for our boat, I just walked around the pier and take photos of the place. 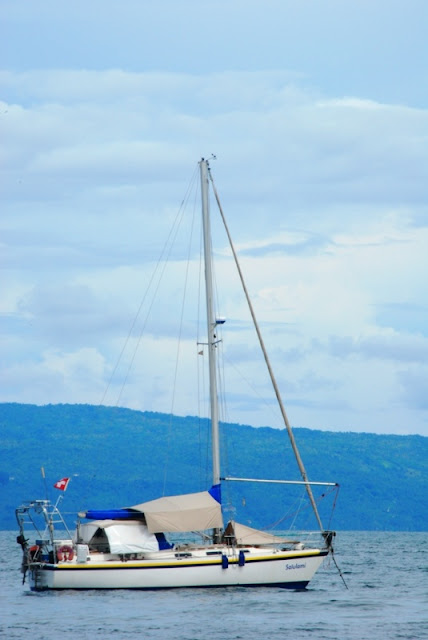 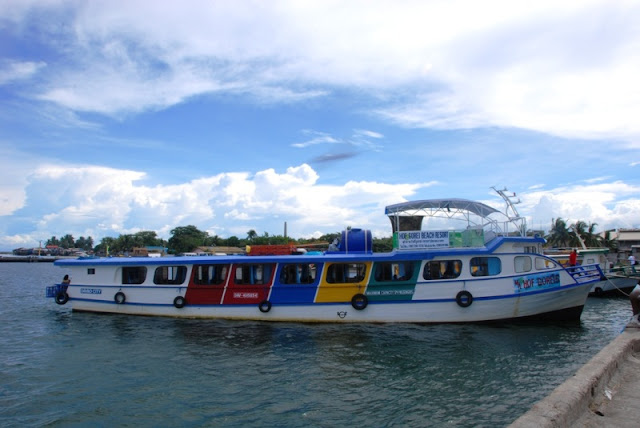 another boat docked in the pier 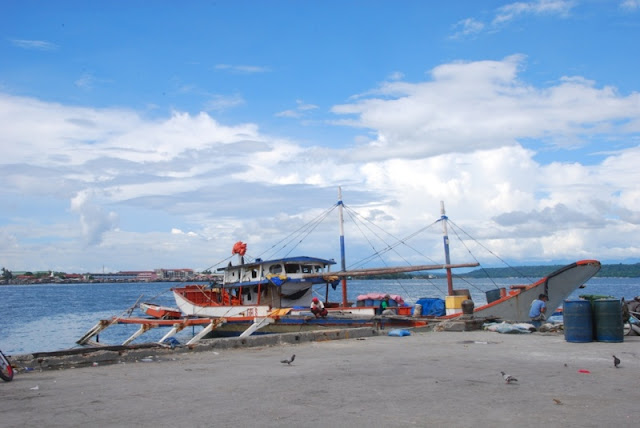 pedicab, protected from the heat of the sun 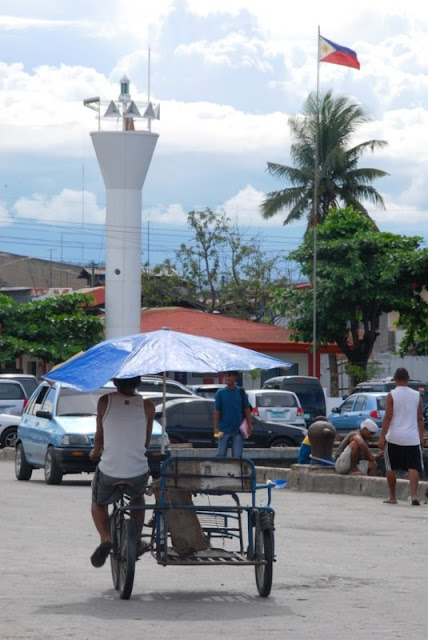 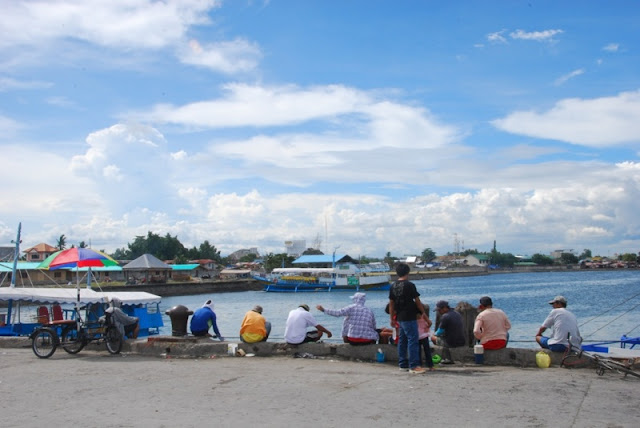 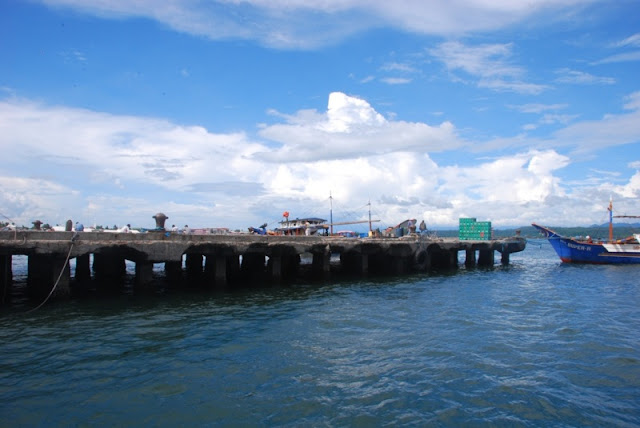 Posted by jasperjugan at Wednesday, April 22, 2009