It's Christmas Day! As mentioned in my post yesterday (or actually early morning today), we are staying in Northridge Beach Resort located in Saud Beach area at the town of Pagudpud, Ilocos Norte. Pagudpud is located at the northernmost tip of Luzon and is most famous for its white sand beaches facing the open South China Sea. 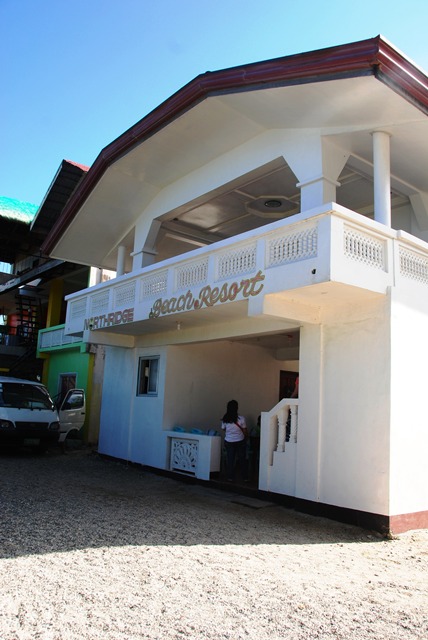 We got two rooms - one of which is with four double beds for PHP2500 while another with three double beds for PHP1500. Our contact Tessie (+639202205089) gave us both room for only PHP3500 and we are free to use the balcony deck at the second floor as we took both rooms of the floor. 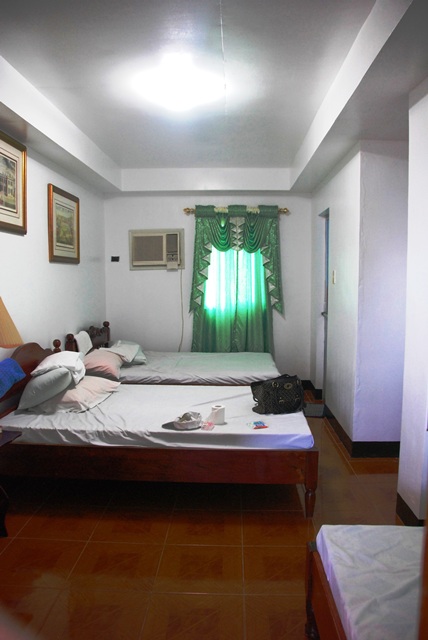 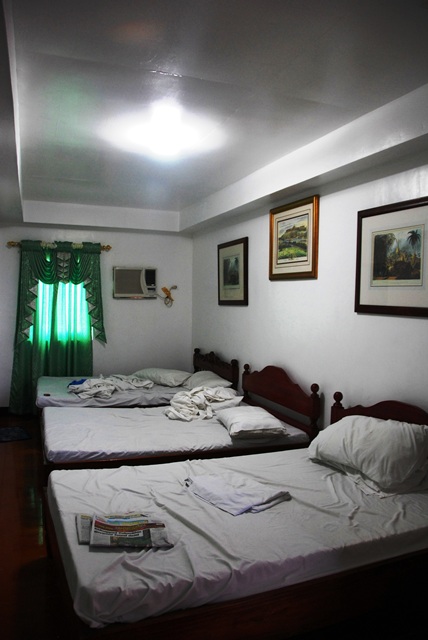 It's a beautiful day, and the sun was already up high when we woke up. We had breakfast but for some reason the view outside didn't entice us for a dip and instead we went out to explore the town.

Almost half an hour away, is Patapat Viaduct. Driving further north the Maharlika Highway, we reached the place. There's nothing special usually on an elevated highway such as this one, but the view of South China Sea and the winding road scuplted to take the shape of the surrounding mountains has been very famous for years as a quick stop for photos. 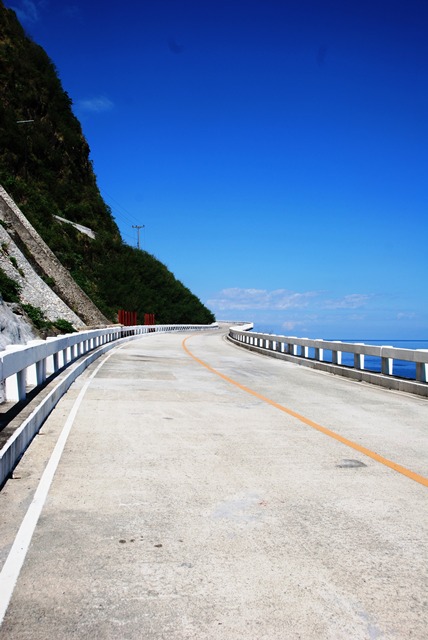 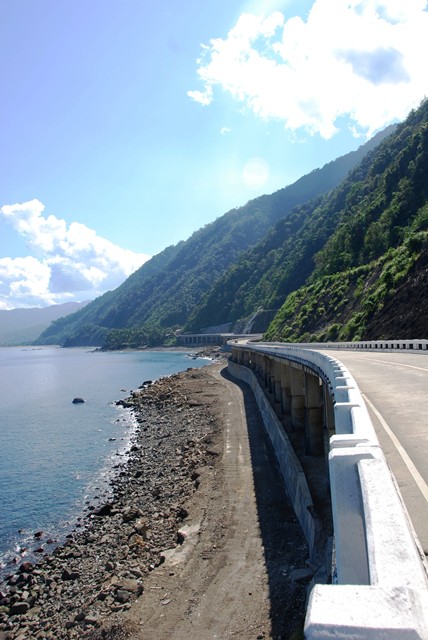 The sky was blue and clear and the sun is up - perfect background for a spectacular view such as this! 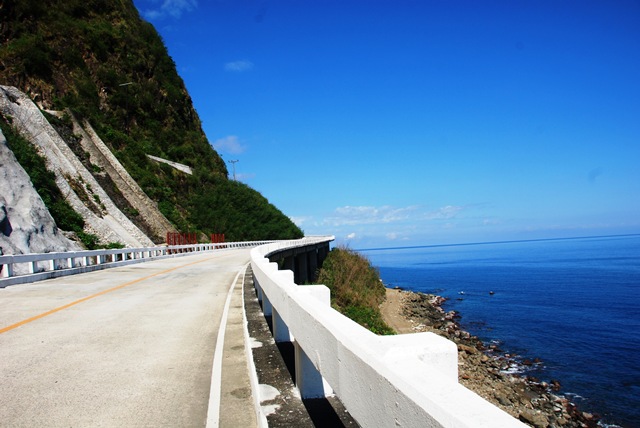 There's also a stream from the mountain flowing over to the sea and stopping over to watch and hear the gush of water is very relaxing. 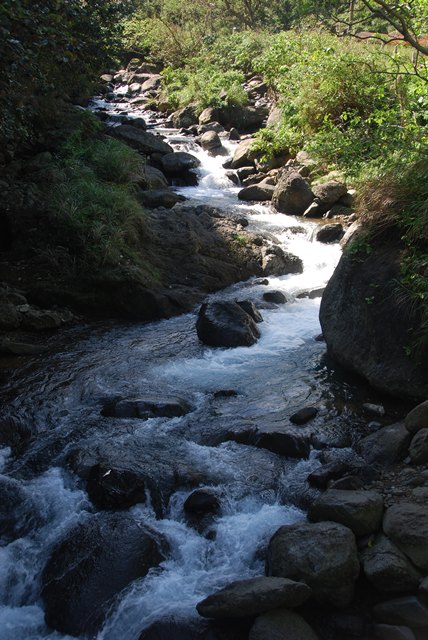 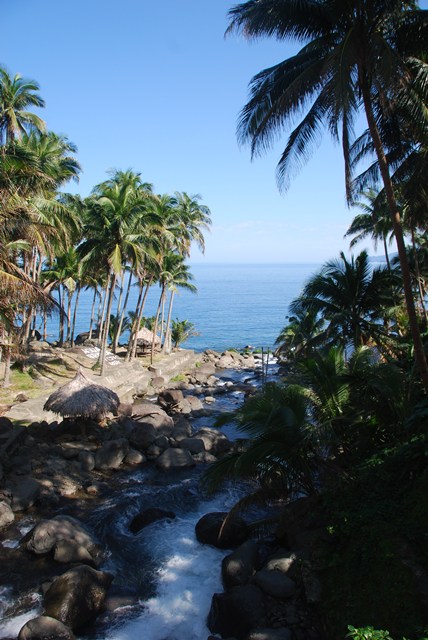 The viaduct is actually a bridge of around 1.3km running along the coastal area that leads to Cagayan Valley (coming from Pagudpud). Further research reveals that this is the 4th longest bridge in the Philippines. 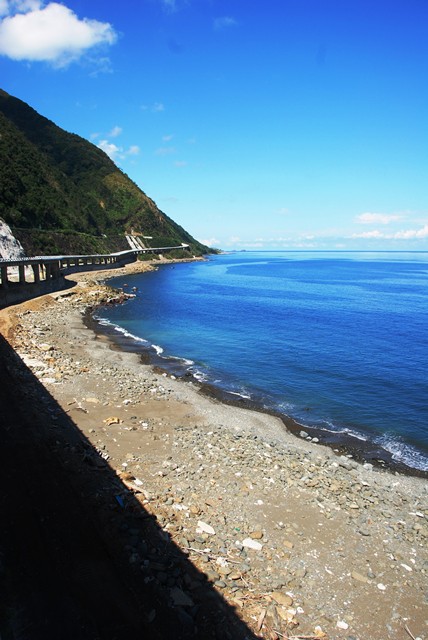 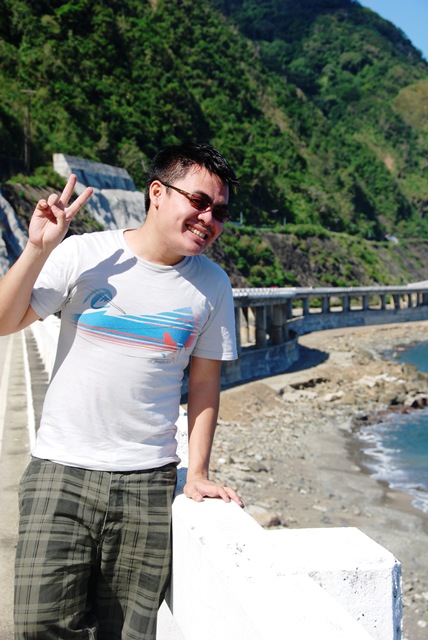 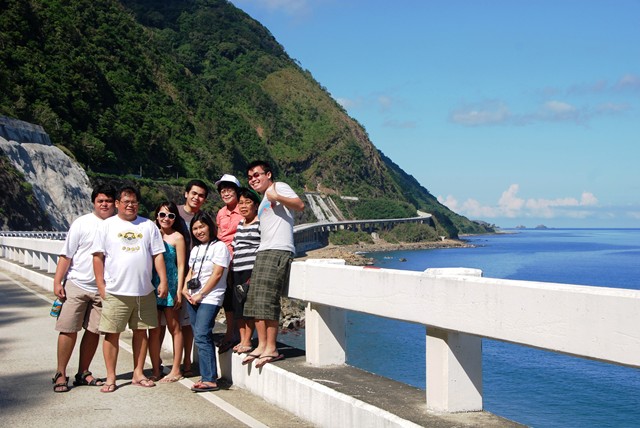 We backtracked and headed to Blue Lagoon. On the way, we saw a sea arch from afar, stopped the car, and took a photo of it. 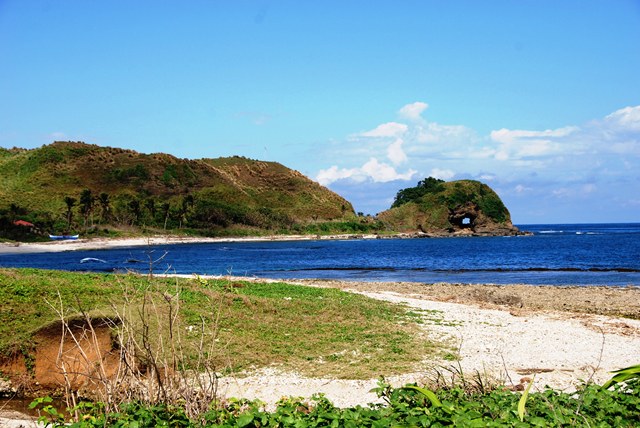 a closer look and at an angle of the sea arch 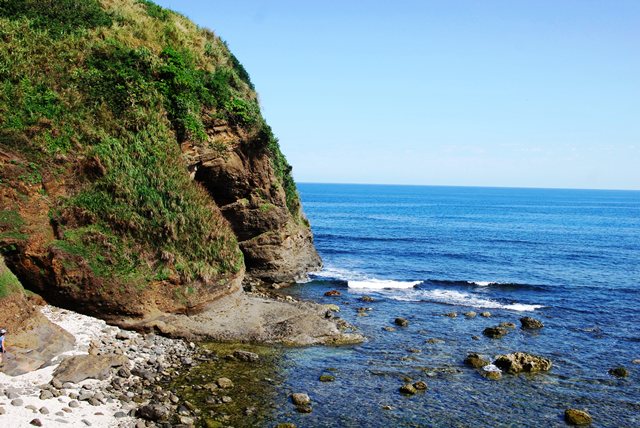 Living true to its name, the waters at this white sand beach of Blue Lagoon is indeed bluish. Previously tourists know only of Saud Beach in Pagudpud but recently this area of Maira-Ira Beach (fondly known as Blue Lagoon) is becoming a hot spot for locals and tourist alike. It is a U-shape stretch of pristine white sand beach and I hope it doesn't get too commercialized soon and that they maintain its serenity. 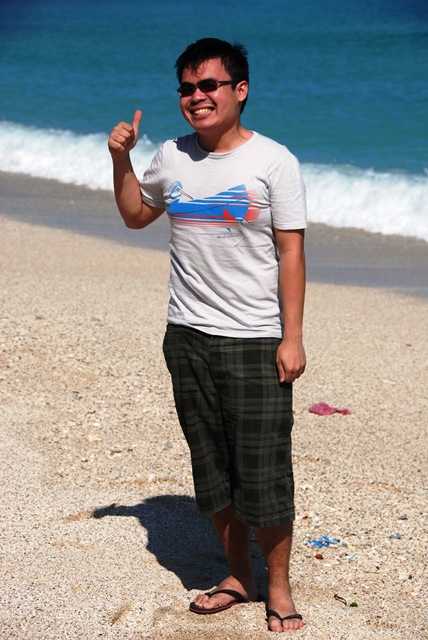 We decided to have lunch at Hannah's Resort then got back to the resort where we are staying for rest, passing by a local market to buy something to cook for dinner that night. 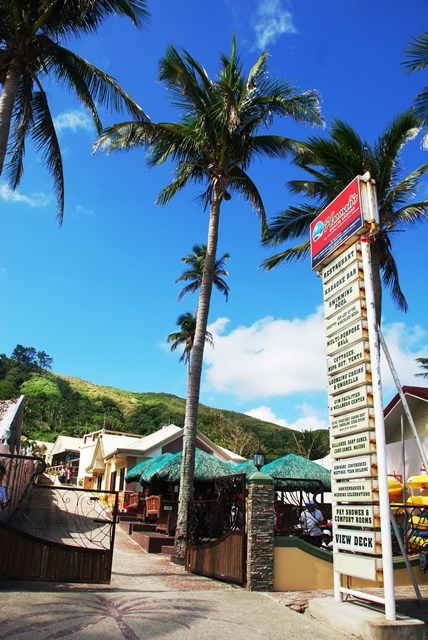 Later that afternoon we decided to hit off the beach just as the sun is going down so it's not so hot. It's nice to see the beach is not too crowded since it's off-peak season compared to hot summer season when one could expect the place to be crowdy. 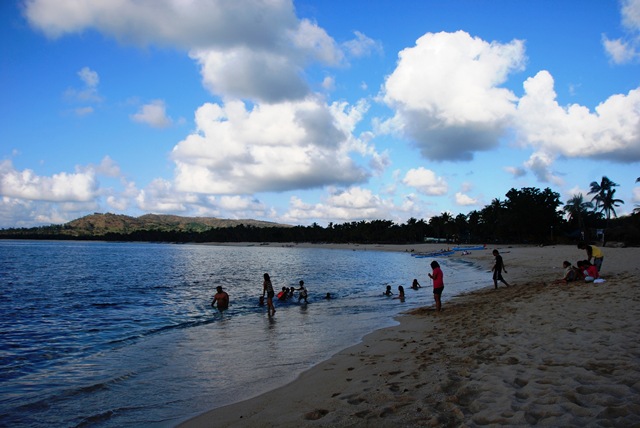 For dinner tonight, we roasted off charcoal grill some pork and fresh fish we bought from the market, which we shared among ourselves. The fish tastes sweeter and yummier as it was fresh (barely breathing) when we bought it off the market. 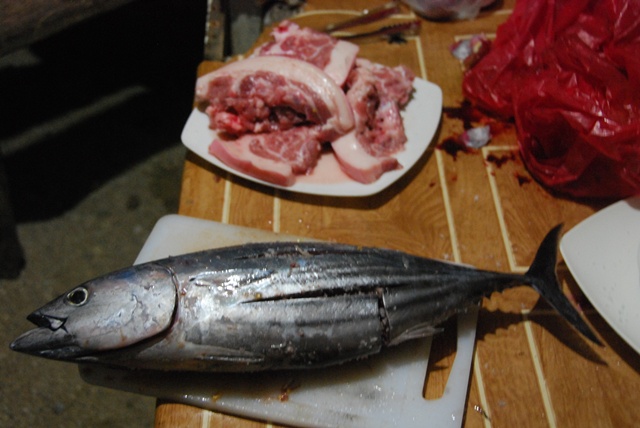 The rest of the day is uneventful as we plan to head to bed early for we will be waking up for some swimming tomorrow before we check-out and continue our journey on this roadtrip.

More pictures are available in multiply. Just add me as a friend to view them.
Posted by Jasper at Friday, December 25, 2009