To all the readers who are reading this post right now - Merry Christmas to you all and may we all have meaningful holidays this season! It's already past 1AM of Christmas Day that I am writing this blog, our family just had a simple midnight celebration to welcome the day and I'm just about to hit the bed but just took a bit of time to update my blog of my whereabouts.

Earlier today (actually December 24 since it's already December 25), the whole family left Manila at around 5AM to take a long drive road trip to Ilocos. The provinces of Ilocos Norte and Ilocos Sur has a number of wonders to explore and for those who came along, it's a mighty first so we were looking forward to a good time on this short escapade.

There were two cars on this trip and the one where I was riding decided to have a quick stop at a church in Sta. Maria, Ilocos Sur. The Nuestra Señora de la Asuncion church is among the four baroque churches in the Philippines granted the title of being a UNESCO World Heritage Site. The others are the Miagao Church in Iloilo (Sto. Tomas de Villanueva) where I went to a couple of months back on a backpacking trip, San Agustin church in Intramuros, Manila, walking distance from my college university where I currently teach part time and San Agustin chruch in Paoay, Ilocos Norte where we plan to pass by later on. 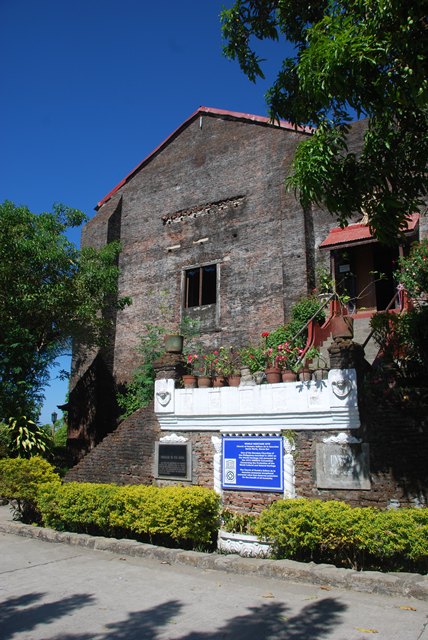 The church, and a belfry physically separated, were built on top of a hill from 1810, different from the usual Spanish-influenced ones built right on town center and plaza. A convent is sitting across the frontage of the church. 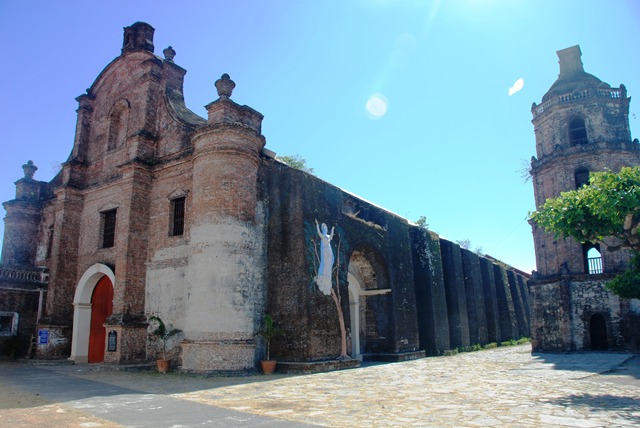 A closer look of the church would reveal it's brick-walled facade adding color and beauty to its appearance from outside. 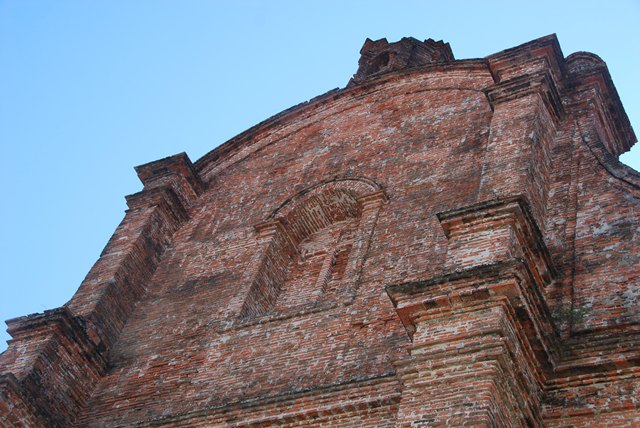 The surroundings around the church and the convent are very beautiful that we stayed for a few minutes exploring the place and admiring the beautiful view from the top. 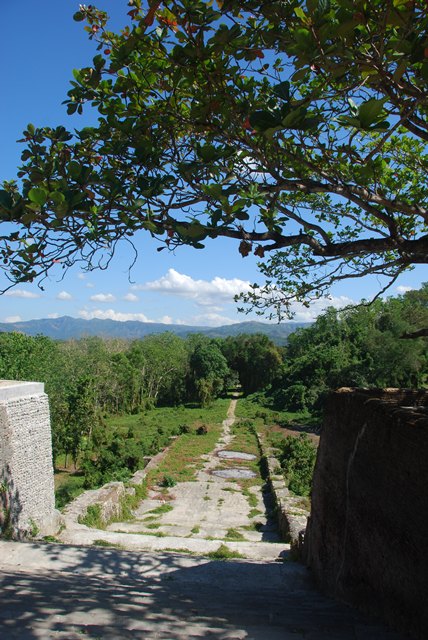 Luckily a small opening on the side of the church allowed us to peek inside of what I thought at first was a closed church. Inside a lot of religious artifacts dating centuries ago can be found and is on display. 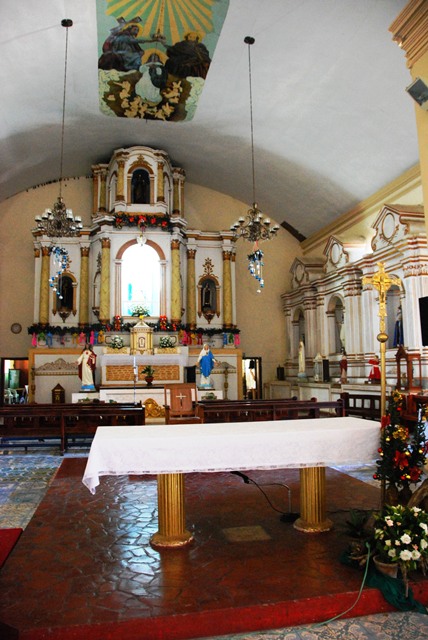 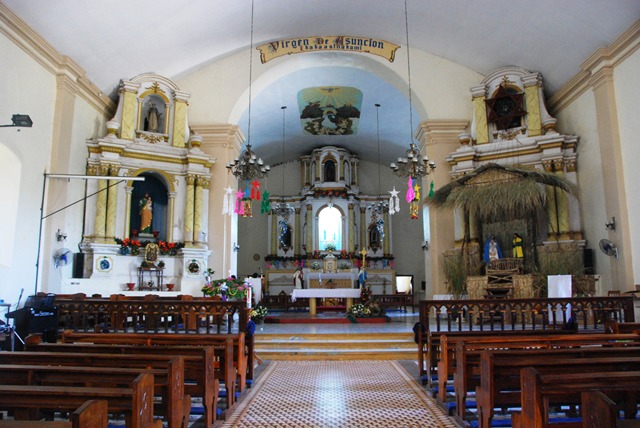 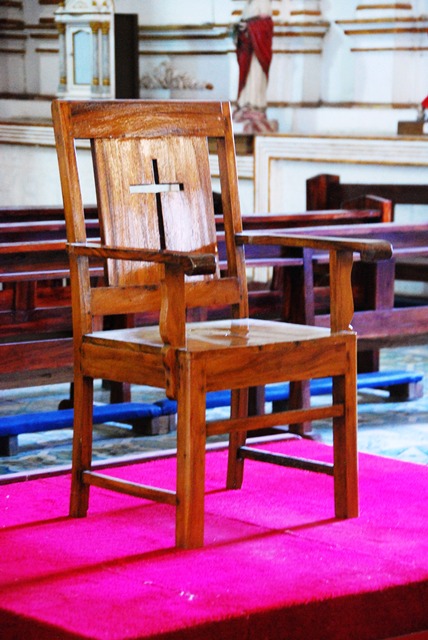 some statues, paintings and other religious articles in the church 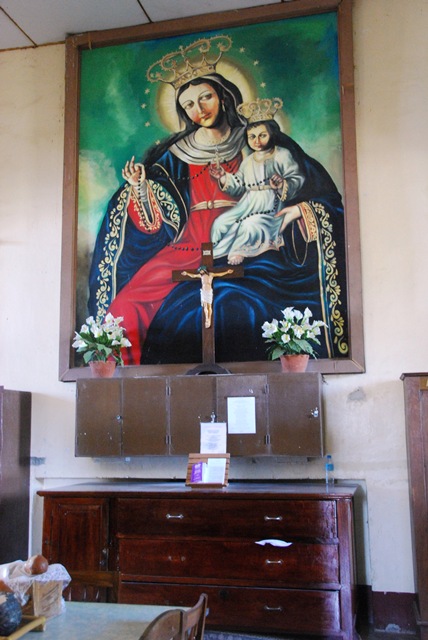 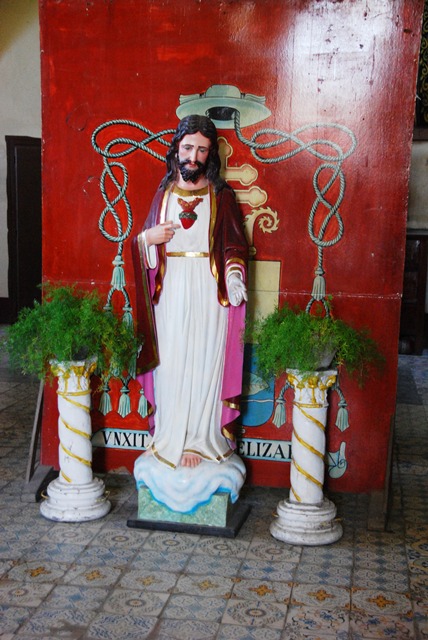 It is already lunch time and we need to catch up with the other car that headed straight for Vigan, where we plan to stop for a meal. What's good in going to a road trip is that there are things unexpected and sometimes you can't just help but stop on the way, like this bridge. After further research, apparently this is Banaoang bridge or Quirino bridge connecting the towns of Bantay and Santa in Ilocos Sur. There is also a newer bridge as the one in picture below is already decomissioned. 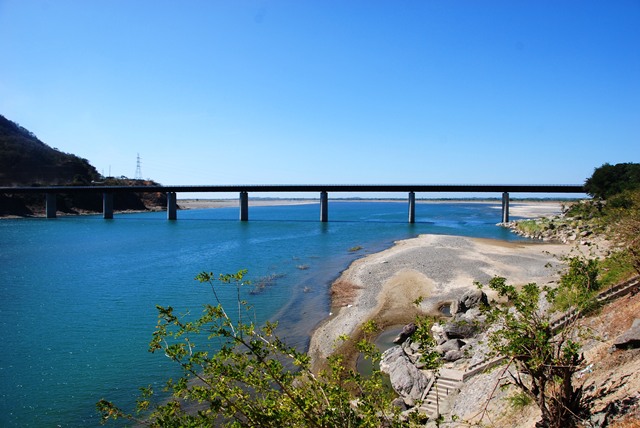 This is what we stopped for, a quick glance of the beautiful view of the Abra river. 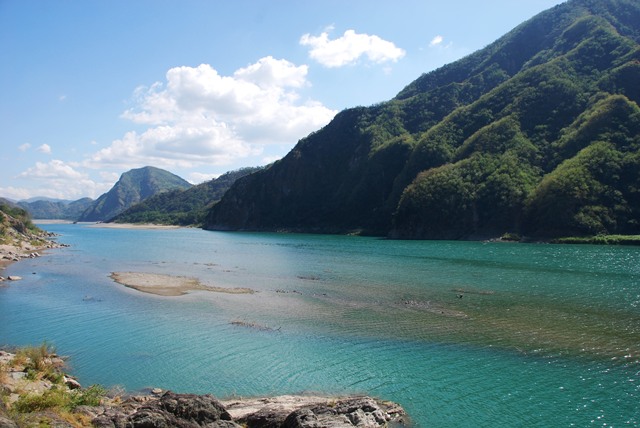 Before reaching Vigan, we passed by St. Augustine Parish, in Bantay, Ilocos Sur where a church and a belfry built in 1590 stands proudly. The church was already reconstructed as it was damaged heavily during World War II but still, it possesses the original Romanesque-Gothic inspired architectural design. 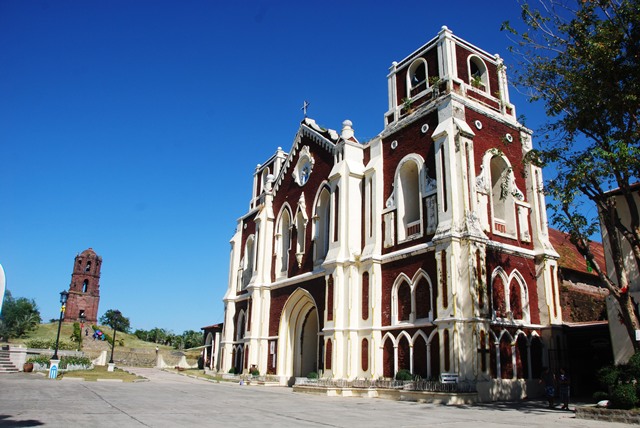 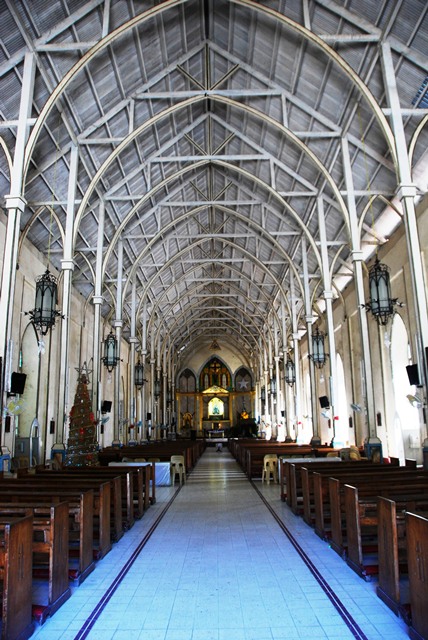 Shrine of Nuesta Señora de la Caridad and the belfry, sitting atop the hill away from the church 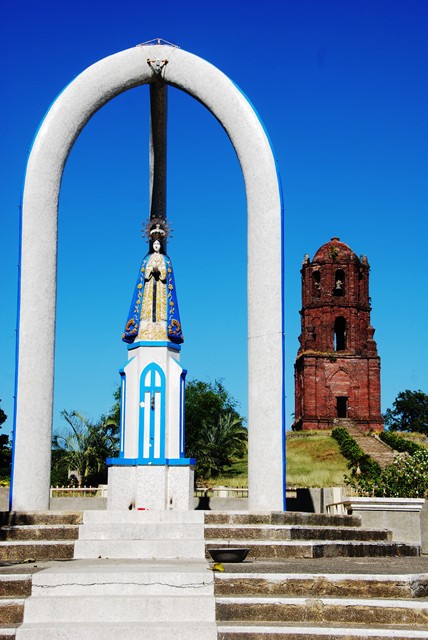 We then headed to Vigan, Ilocos Sur to hunt for a quick eat and decided to eat at Max's Restaurant as we arrive in the city past 1PM, behind this statue of Leonora Florentino, a local poet, playwright and satire-writer famous during Spanish period. 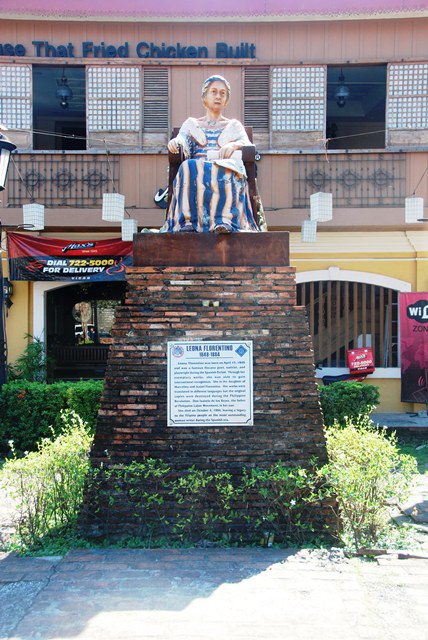 After (late) lunch, we also dropped by the St. Paul's Metropolitan Cathedral or most fondly called as the Vigan Church. It may seem to you that its like Holy Week already, and that we're doing Visita Iglesia but one can't miss to admire the beautiful heritage churches in this region! An original structure was built in 1574 but was destroyed and the current structure standing today was built around 19th century. 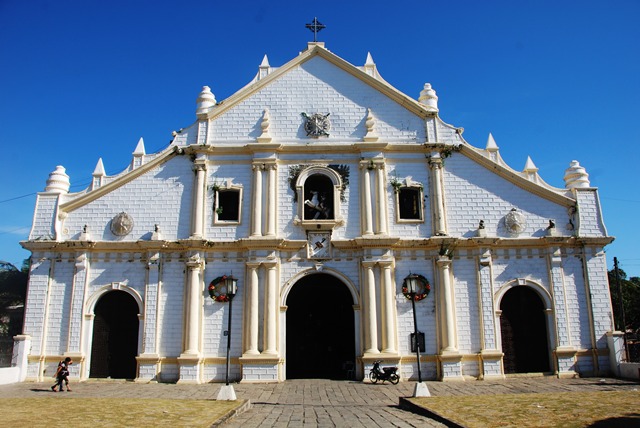 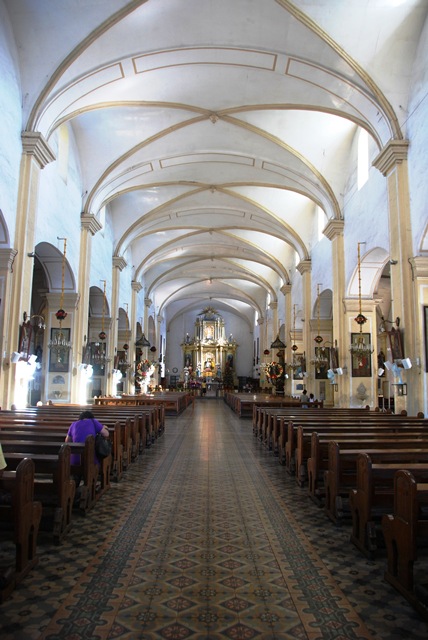 We now supposed to head to Pagudpud now but we first made sure that we drop by Paoay Church, or San Agustin Church, the other UNESCO World Heritage Site in the region, located in Paoay, Ilocos Norte. 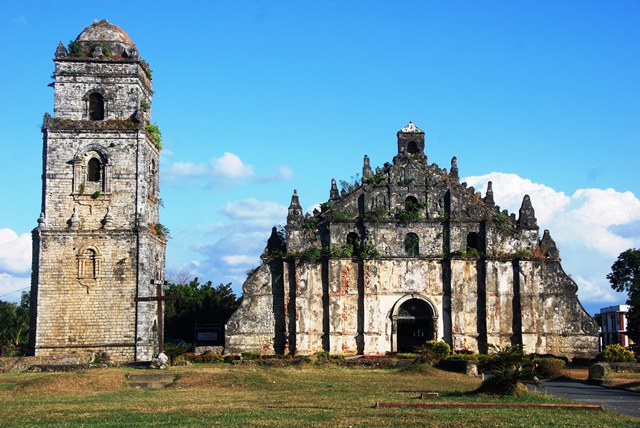 Around almost 3 hours from Vigan, and approaching Pagudpud town, we made a sidetrip to Bangui Windmills just as the sun is setting down, located in Bangui, Ilocos Norte. These windmills are part of the Northwind Bangui Bay Project, the first wind mill farm in the country, inaugurated just recently in 2005. 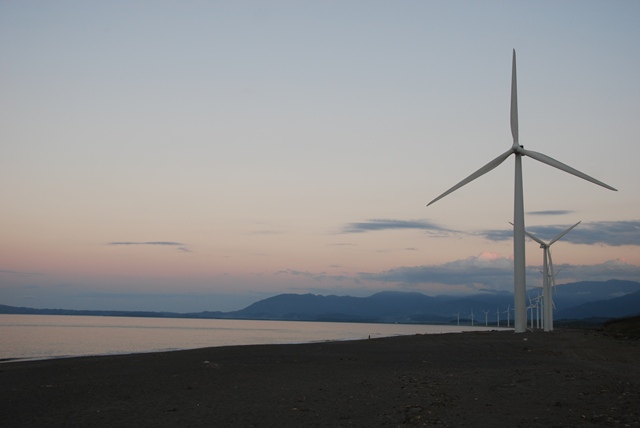 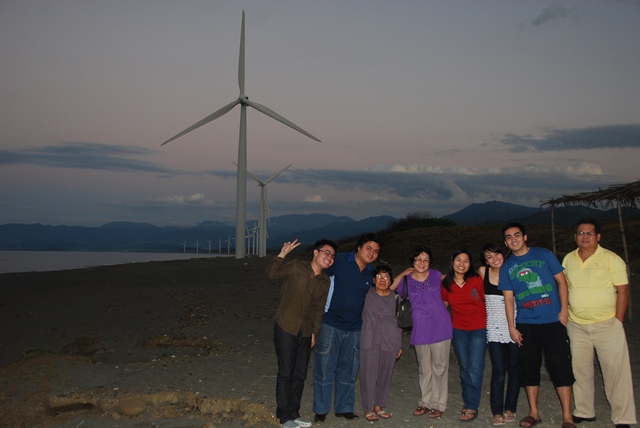 We arrived in Northridge Beach Resort around 7AM, after a gruelling 14-hour long drive with stops along the way, and were very hungry so we immediately had dinner at the restaurant in the resort next to ours (Jun & Carol Beach Resort).

Bagnet, deep-fried pork meat, served crunchy like cracklings with a mixture of onions, tomatoes and vinegar on the side. This delicacy is a well-known specialty of the Ilocanos and it definitely makes sense and a must for us to order this while we're in the region. 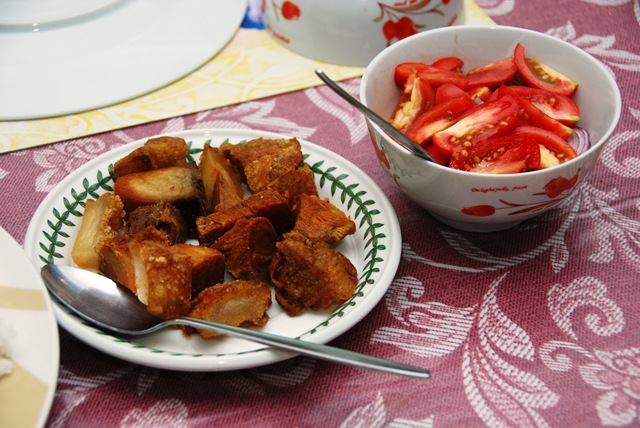 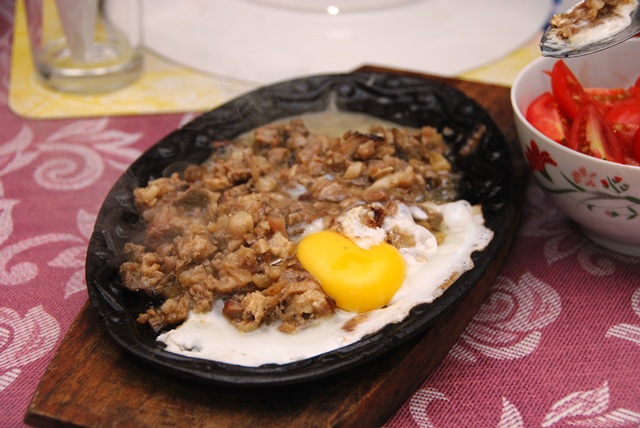 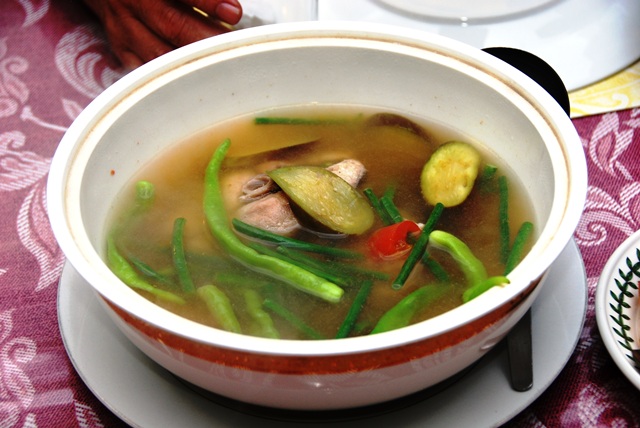 Later on, we also attended the 10PM mass in anticipation of Christmas Day at St. Jude Thaddeus Parish, located nearby from where we were staying in Pagudpud. 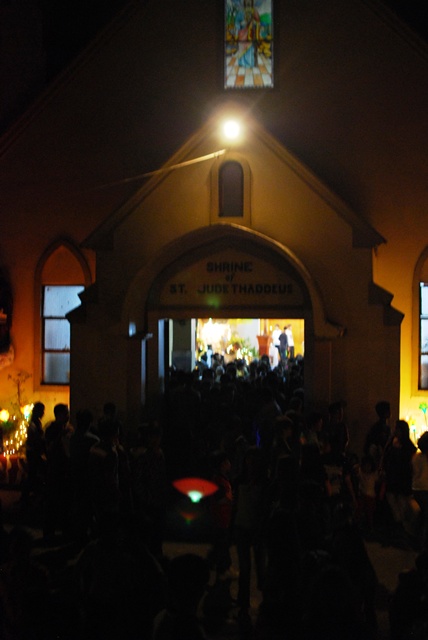 The mass took longer than the usual one hour and it is weird for us hearing mass delivered in Ilocano language. It was a bit cold at night and the church was jam-packed with attendees. We were back before midnight at the resort, took time to relax as we waited for the clock to struck midnight, signalling the change of day to Christmas time! 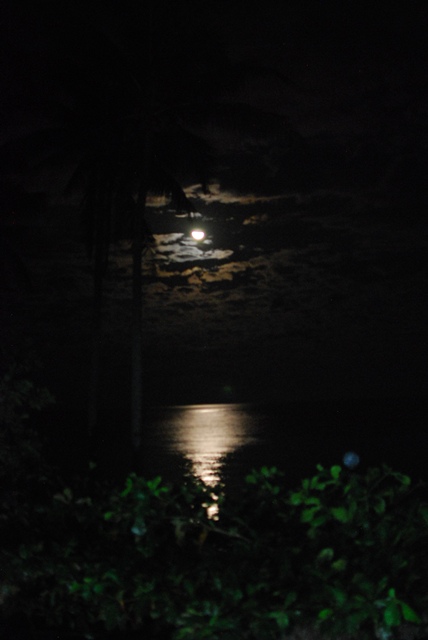