We only rested for a few minutes when we were dropped off back at the hotel late this afternoon after our Zhouzhuang and Suzhou Day Tour, a resting period spent at the executive lounge of our hotel until early evening. Tonight, I had these items as appetizer. 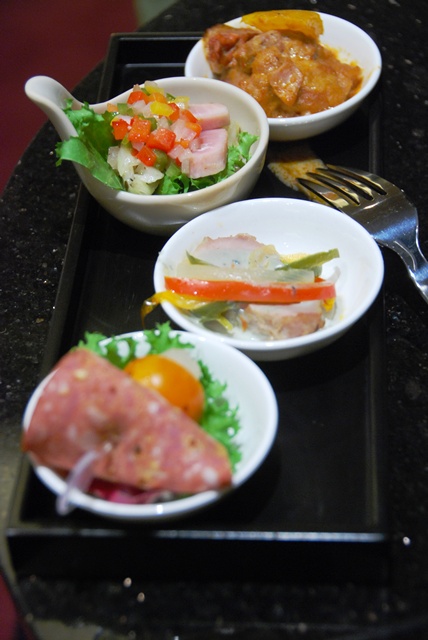 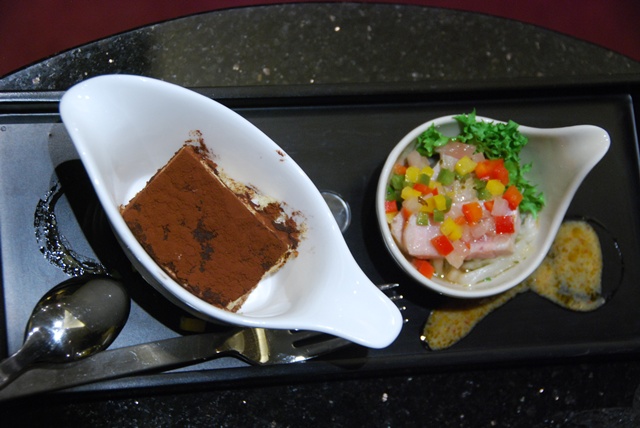 Later then, we hopped into Shanghai Metro and took a train from Xujiahui station to Lujiazui (RMB4 each). Beautiful buildings and the skyline of Pudong district greeted us as we exit the train station. 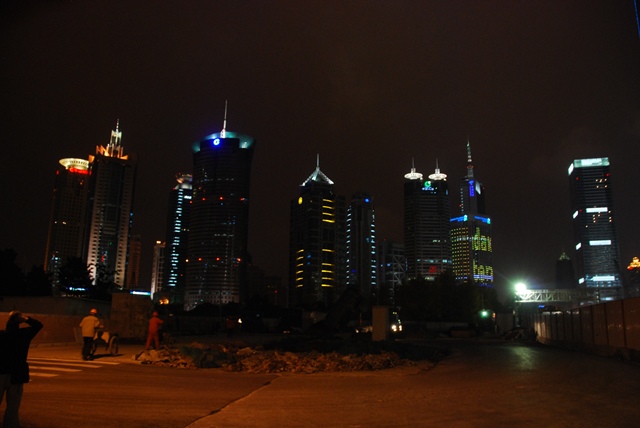 The most iconic and famous structure of them all is the Oriental Pearl Tower. It was built in 1994 and held the title of being the tallest structure in China until 2007. Today, it serves as a TV and radio broadcast tower. 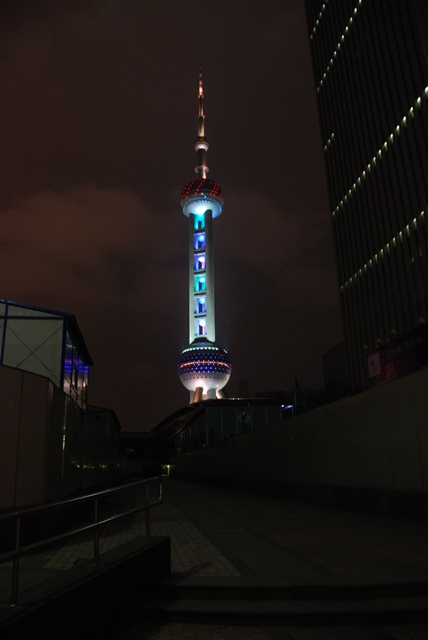 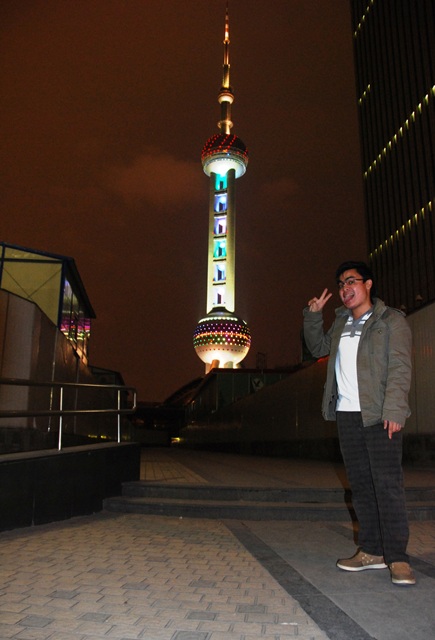 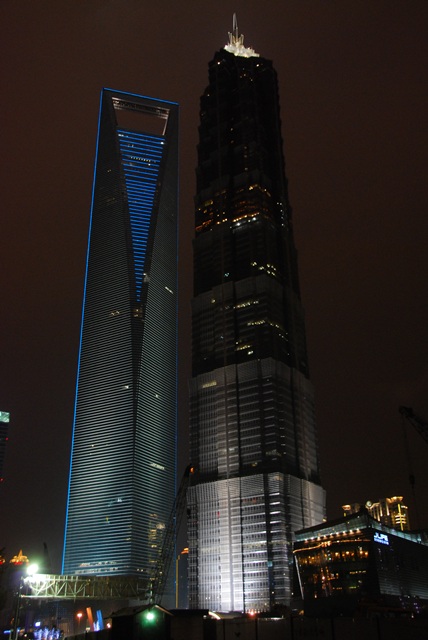 me, mom and Julie 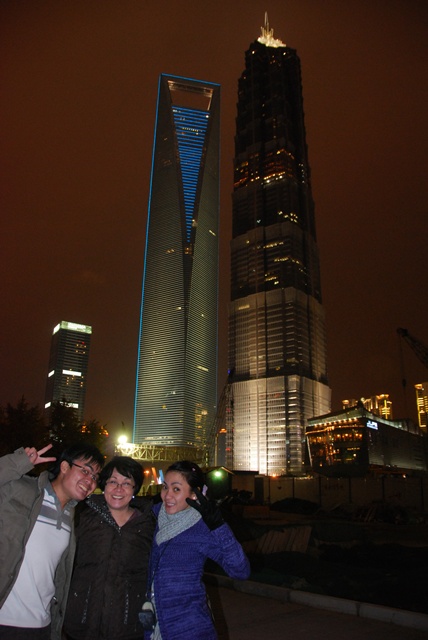 another view of the two buildings 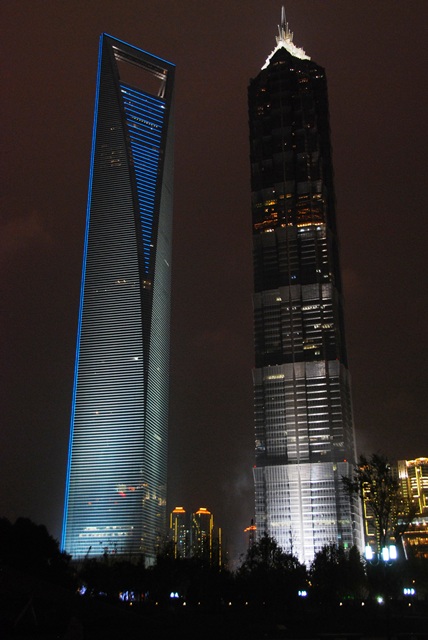 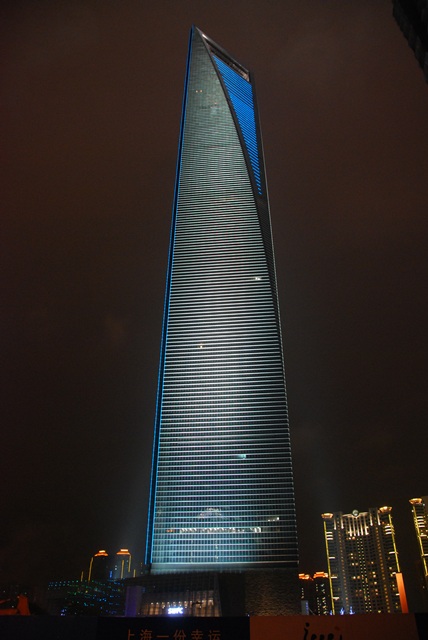 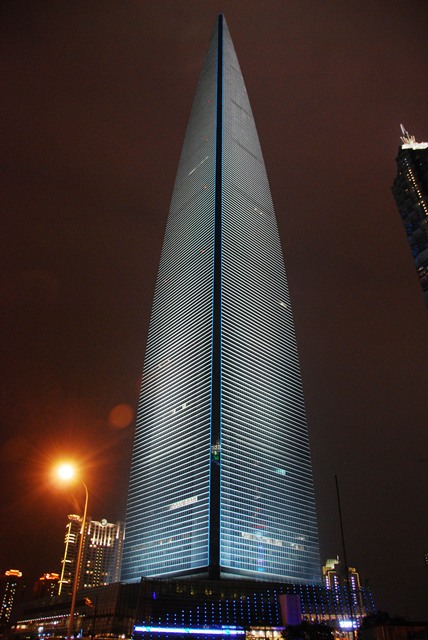 another view of the Oriental Pearl Tower 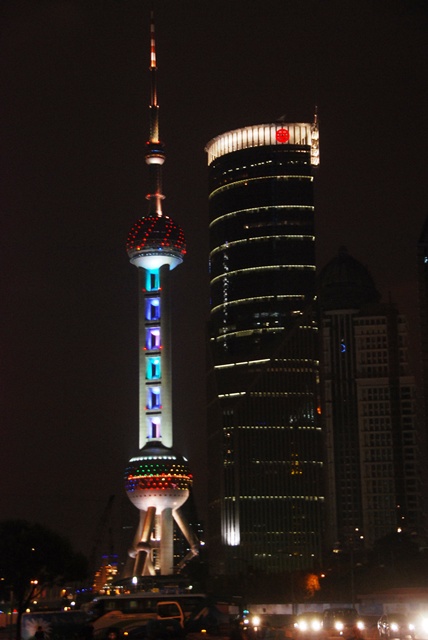 We entered Shanghai World Financial Center and had our dinner at Tokyo Dining, located at the Basement 1 floor of the building. 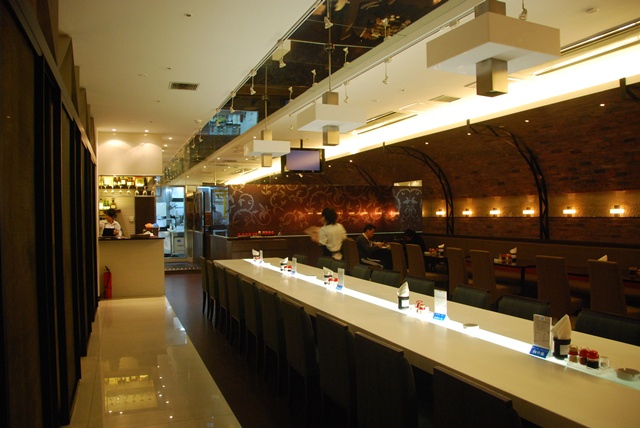 These are what we had for dinner tonight: 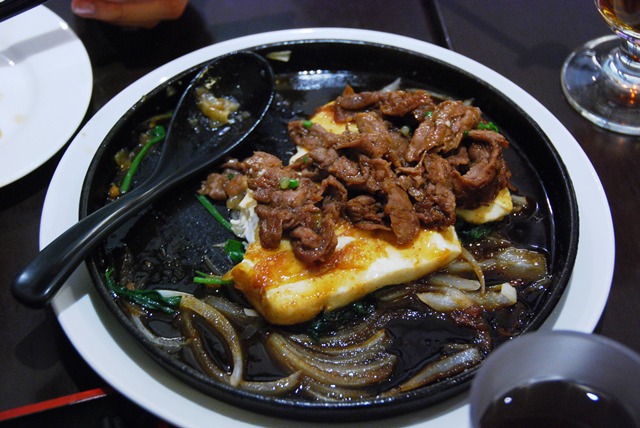 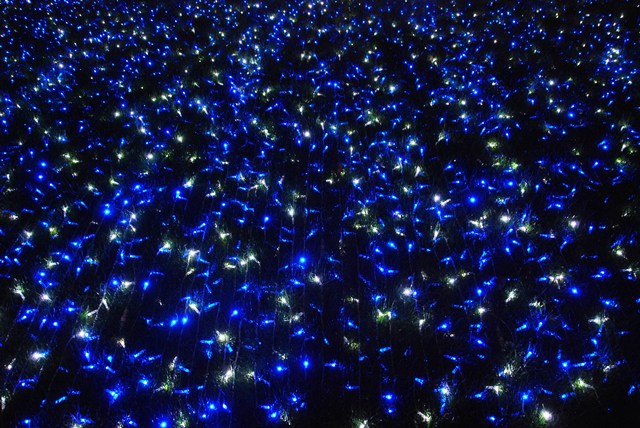 This is the view of the building from the bottom. I had to lie down on the ground to get this shot. 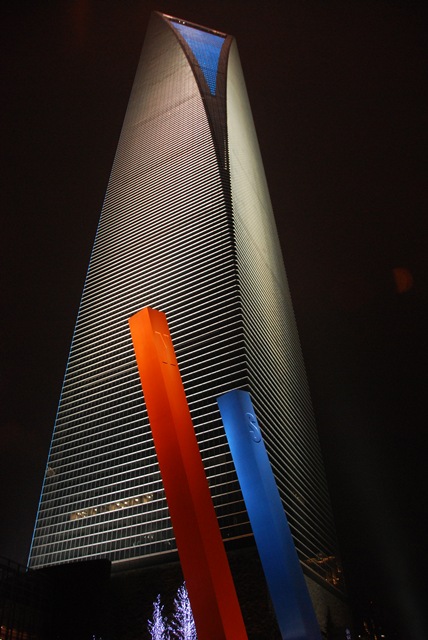 We purchased our tickets (RMB150 per person) and proceeded to the elevator that will take us up the observatory tower. 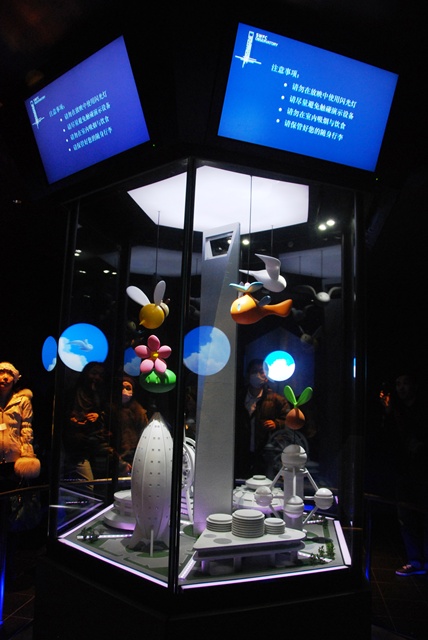 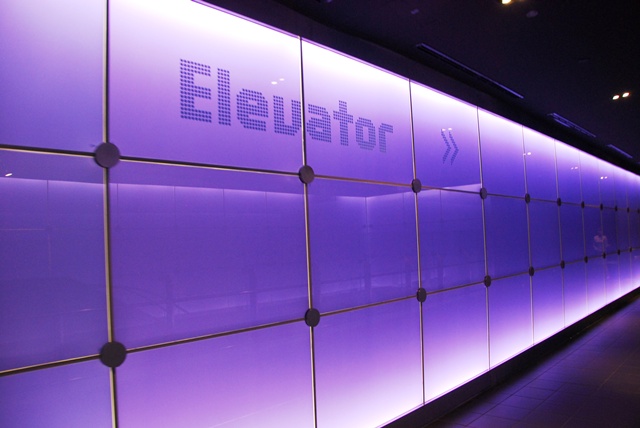 waiting for the elevator 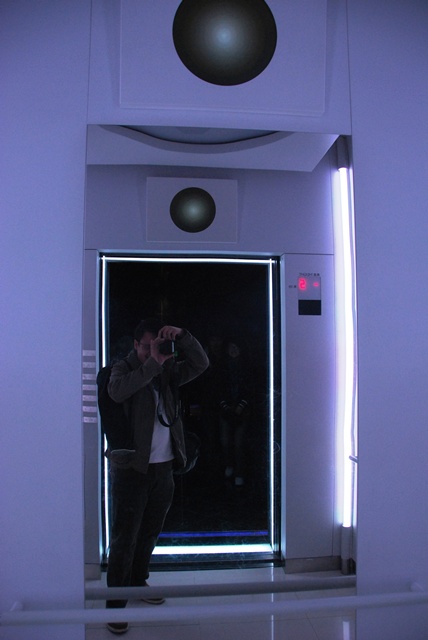 This observatory is said to be the world's tallest observatory. The lighting inside the elevator as we go up seems hypnotic. Nevertheless, it's beautiful to look at as it change colors while killing time on the way up. 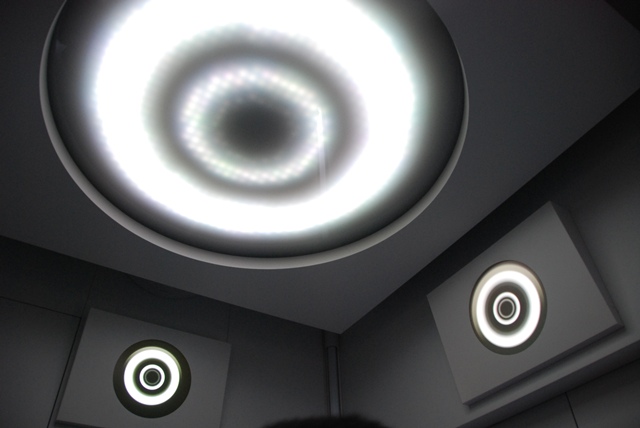 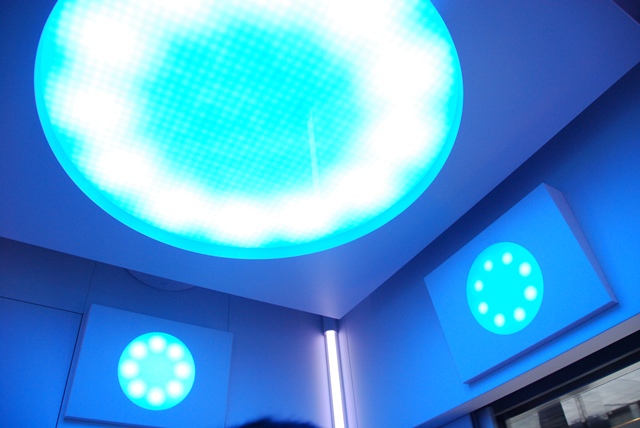 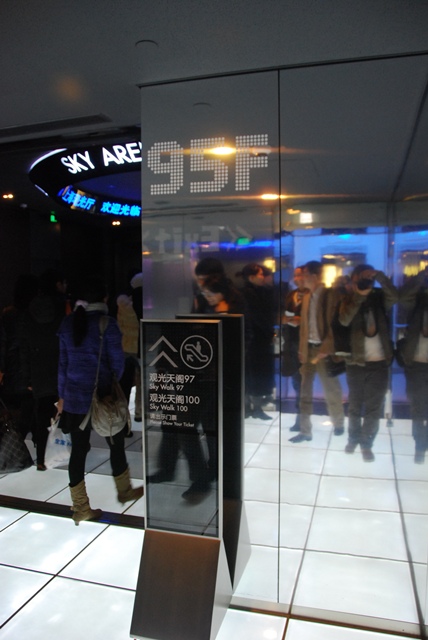 The 100th floor viewing deck was a nice place on its own. Transparent glass floor and mirrors on the ceiling and posts make it attractive. 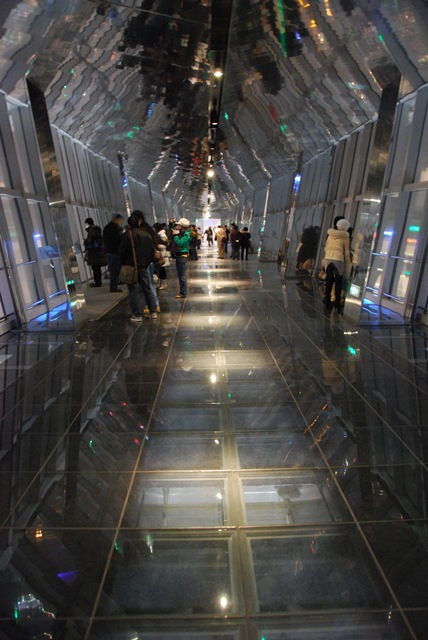 Moreso, the view from outside is beautiful and stunning. Standing from the top floor observatory deck, it's a good way to see the metropolitan of Shanghai at night. 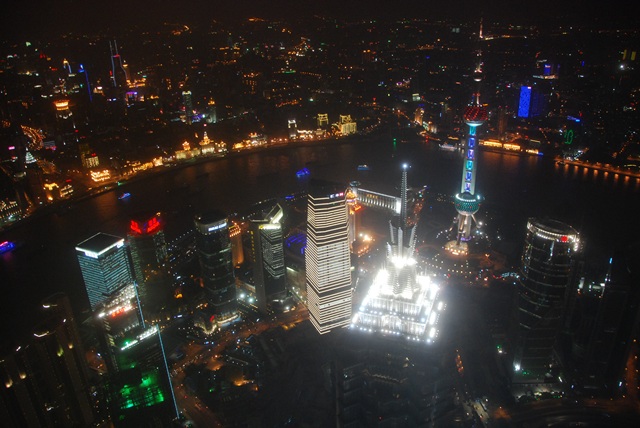 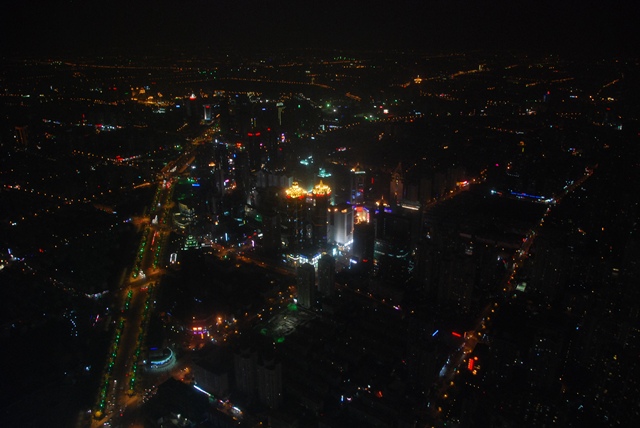 mom, Julie and me at the observatory deck 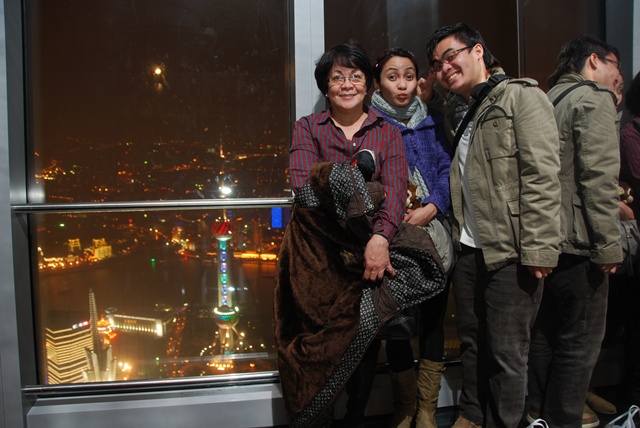 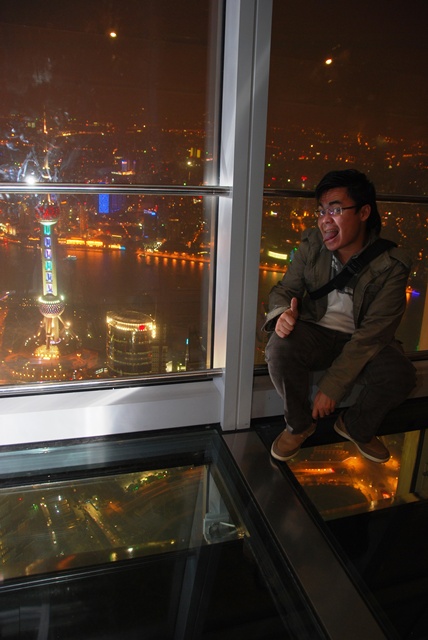 Today has been a very tiring day after all the wacks in Zhouzhuang and Suzhou and then around Lujiazui to see the skyline and beautiful lighted buildings at night. It was all worth the effort, but it may have been too much to compress in a single night on a supposedly relaxing vacation.
Posted by jasperjugan at Saturday, November 28, 2009

The observation deck was a peek to Shanghai metropolitan area at night... I love the city shots of Shanghai.