San Francisco is our next destination after our Toronto-Niagara Falls trip in Canada. We arrived around lunch time a few days ago and it was raining all day. Last time we ate was around 8:00AM Eastern Time so we were hungry by 12:00PM Pacific Time. After checking-in, we went to Fishermen's Wharf for lunch by around 1:00pm-ish.

We had a hard time looking for a place to eat because they are either closed, a fast food or not to our liking. We ended up eating at Joe's Crab Shack and it sure was a good hearty meal! We had Joe's steampot which included shrimps, sausages, potatoes, corn and of course - hefty servings of snow and dungeness crabs! 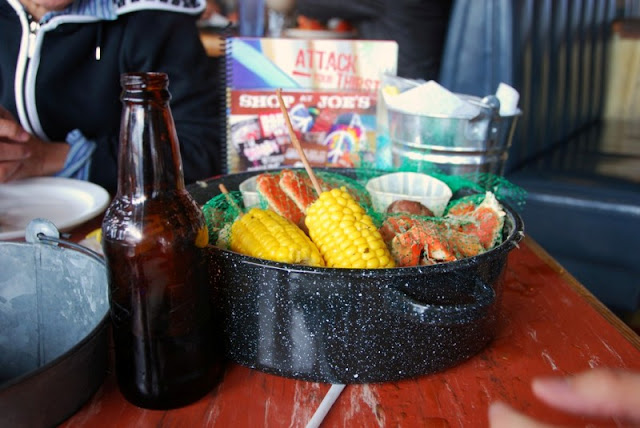 Because it was raining, there was nothing much to do for us. We took time instead to go to convenience and grocery stores to stock up on food items and toiletries on the way back to our hotel. On a convenience store near Fishermen's Wharf, I saw these shelf and I thought something's wrong here. :P 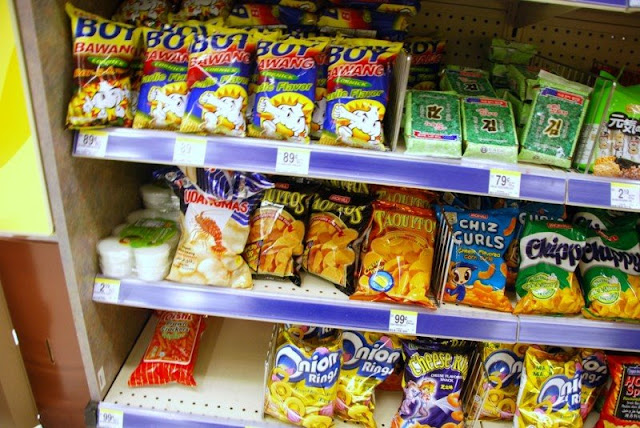 We bought Muni passports which gave us unlimited rides to city buses, street cars and cable cars. Because transportation in the city is very efficient, this has been a very good value for us. Our main mode of transportation throughout the city was through cable cars because the two cable car lines intersect right in front of our hotel. 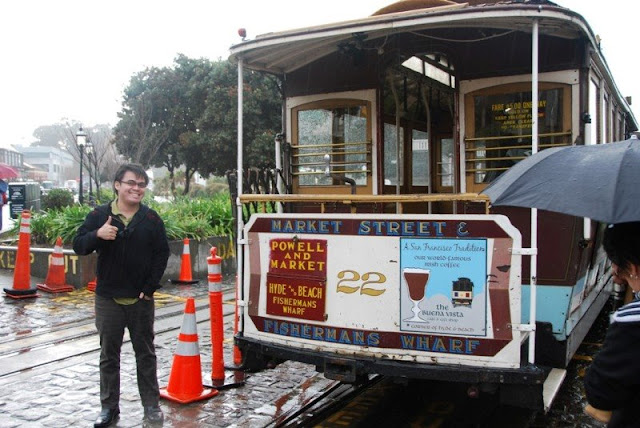 Early in the morning after we arrived, we went to Embarcadero Center to pick up a car rental. We planned to go outside Bay Area and Gilroy the whole day. 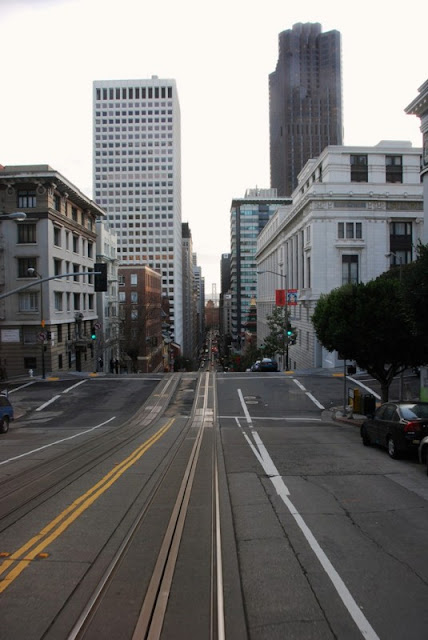 On the way to Gilroy. 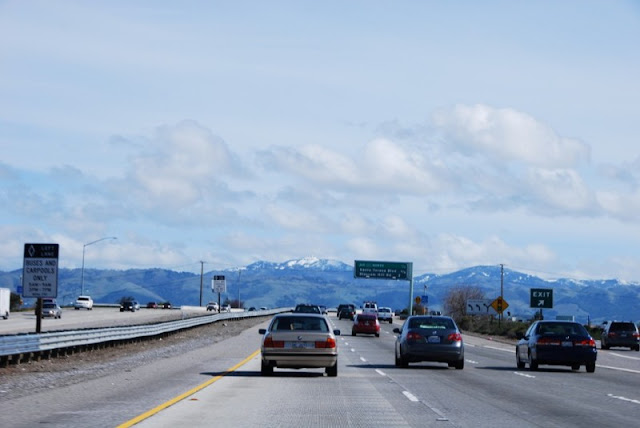 Me. Don't be fooled though, it was mostly my eldest brother who drove the car all-day. 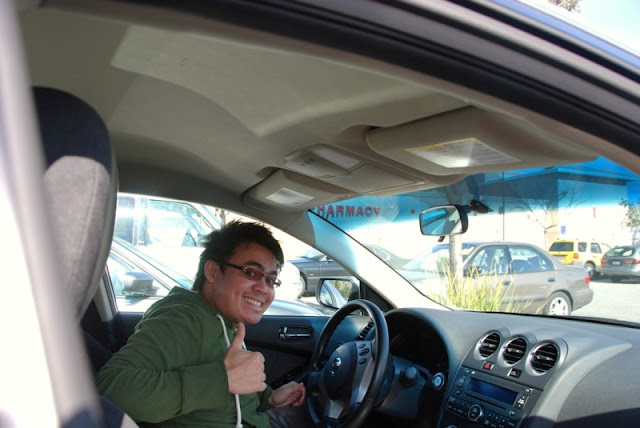 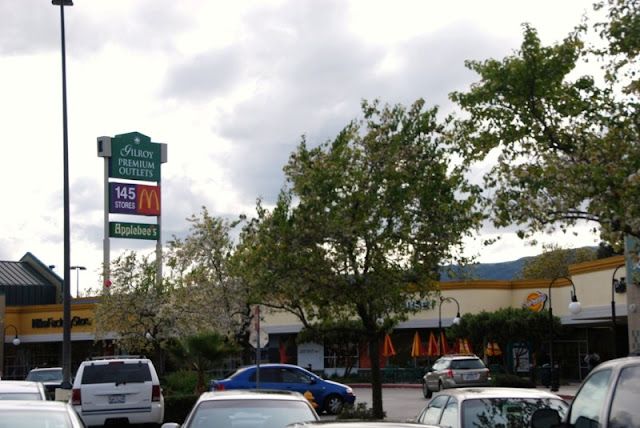 We returned the car after that day and went around the city instead using public transportation. On the way to Fishermen's Wharf to have breakfast, we stopped by Lombard street to see the famous "crooked street". 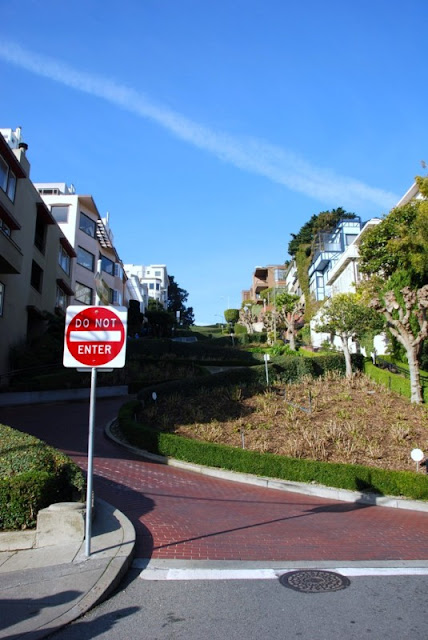 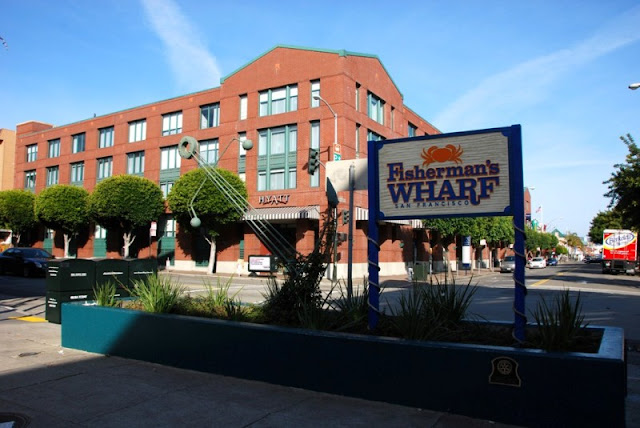 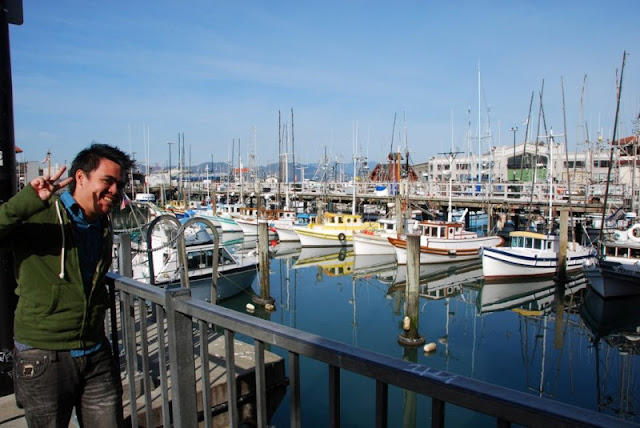 We also hopped on to a bus and went to see the Golden Gate Bridge upclose. 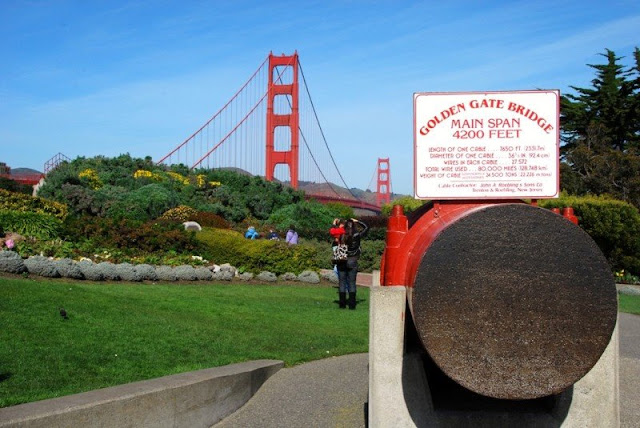 We also passed by Ghirardelli Square and got some chocolates on our way out. 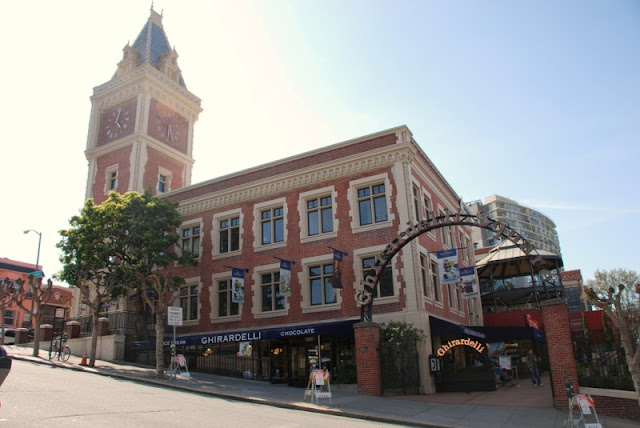 After lunch, my mom and I passed by Union Square. We thought it was a park attraction of some sort. Turns out, it is a shopping district! 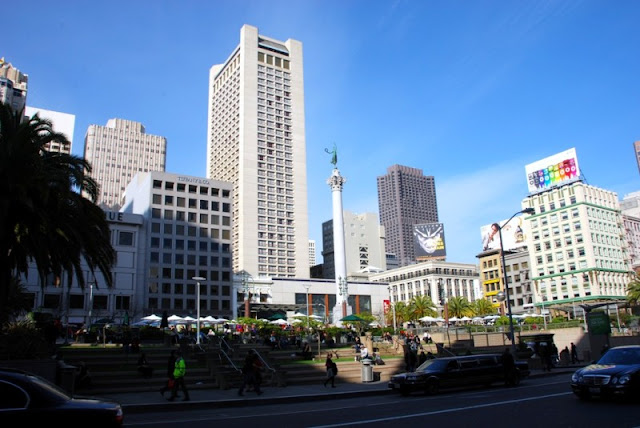 The next day, which was actually yesterday, we went to Pier 41 and aboard Alcatraz Clipper, we cruised to Alcatraz Island. 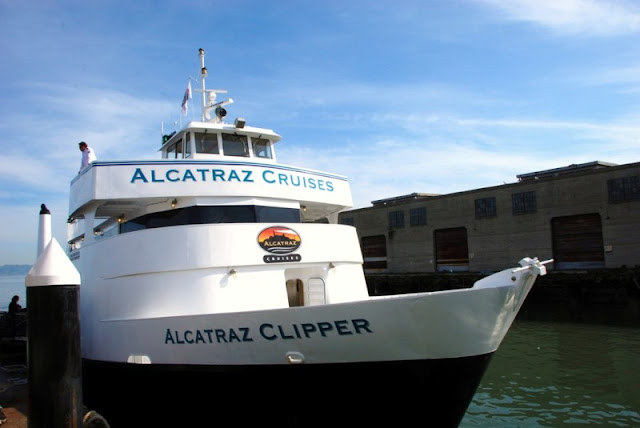 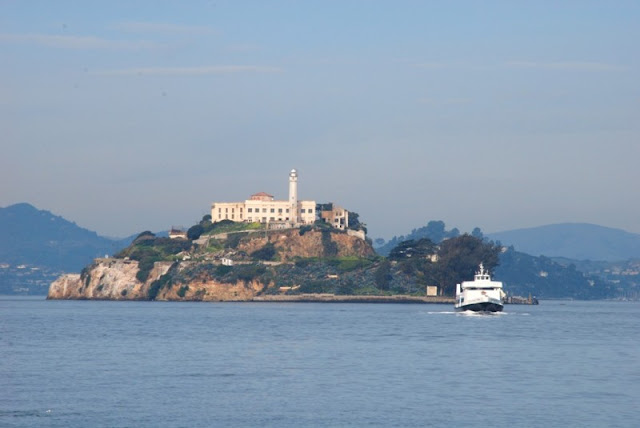 The island was famous as a military prison until 1960s. We walked around the island to see the beautiful surroundings and inside the building structures for a view of the now defunct prison cells. 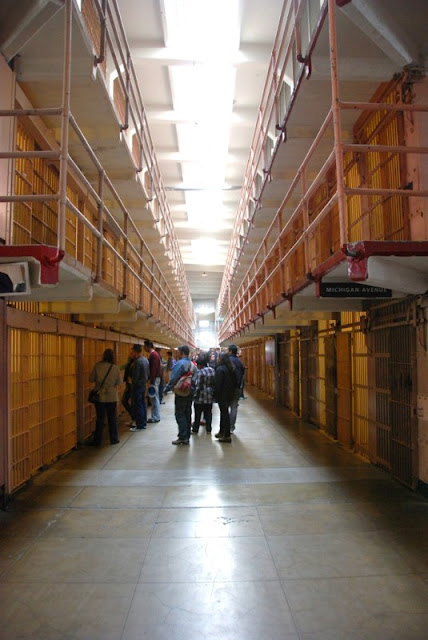 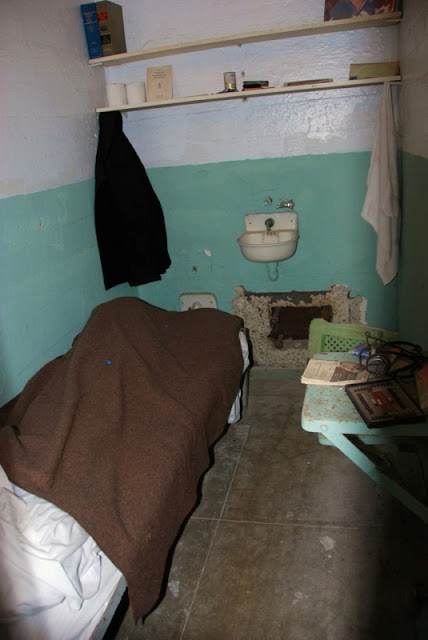 We also took time to go to the first and largest Chinatown outside Asia. We also had our lunch there. 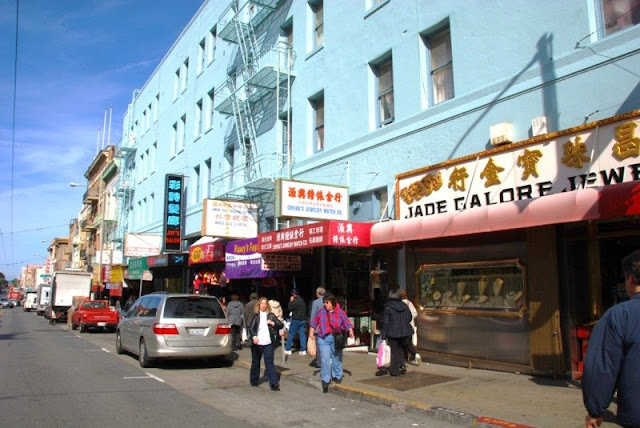 Because yesterday is our last day, we came back to Joe's Crab Shack to make sure we don't ruin our last night in the city. Like before, we had a good time and had a hearty meal. 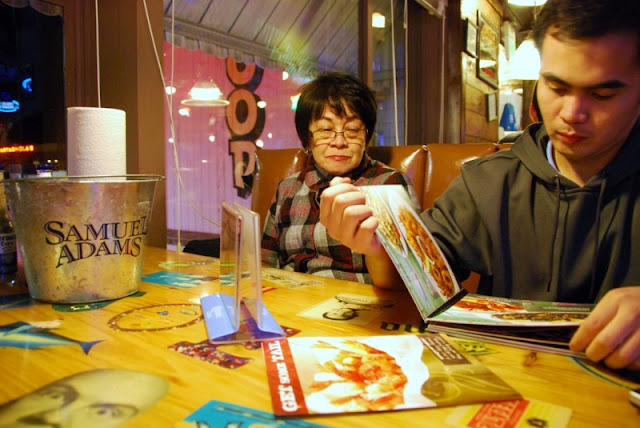 Another shot of Joe's steampot! 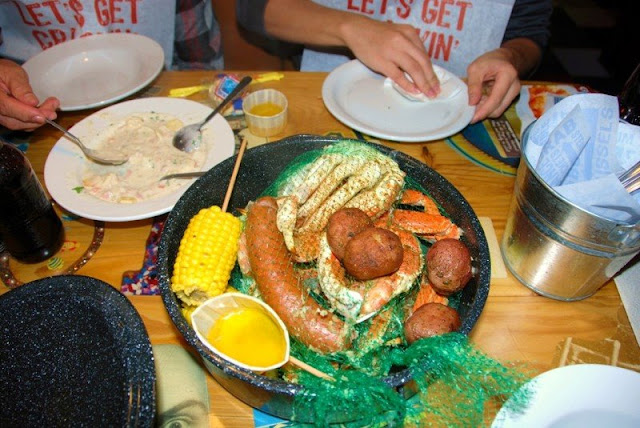 As I leave San Francisco today, I cannot help but think how beautiful this city is. It's feels like home being there and there are so many things to do but so little time! There are still other places for me left to explore like Napa Valley and Berkeley so there are still reasons for me to come back.
Posted by Jasper at Saturday, February 21, 2009

very nice! and just look at all that food! mmmm! :D

actually i miss the food from the shack! sheesh!