A business trip to Cebu

I was out for a week during the first week of March for a trip to a customer for a Terminal Services Health Check. I've been to Cebu a number of times, sometimes for leisure, but this one is purely for business. I flew using Philippine Airlines and previously held an elite status. Since March is the start of their program year for Mabuhay Miles, I immediately felt the effect on going back again as a base member. I didn't re-qualify this year because most of my flights were taken in discounted fare (not that I have a choice), including transpacific flights. That means no possible free upgrades nor lounge access for me.

On my flight PR 855, It was funny to see that the information was set incorrectly to a different route (MNL-LAX) where in fact we're supposedly just going for an hour flight of MNL-CEB. Some passengers, mostly foreigners, gasped and this display wasn't corrected even until we land in Mactan-Cebu International Airport. I thought it would have been great if we were actually brought to Los Angeles. :) 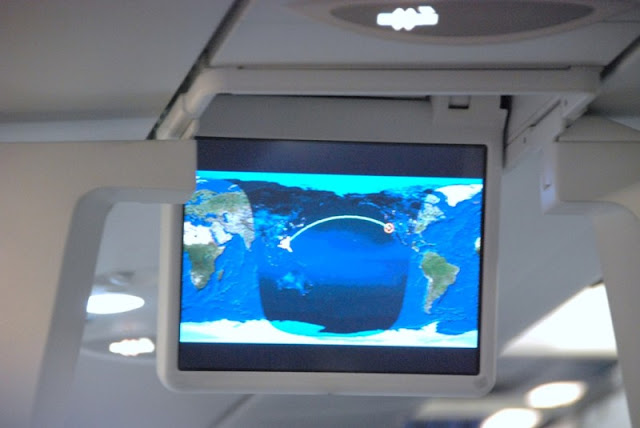 We stayed in Cebu City Marriott Hotel. It was a refreshing stay for me, living in a newly renovated hotel for the whole week. 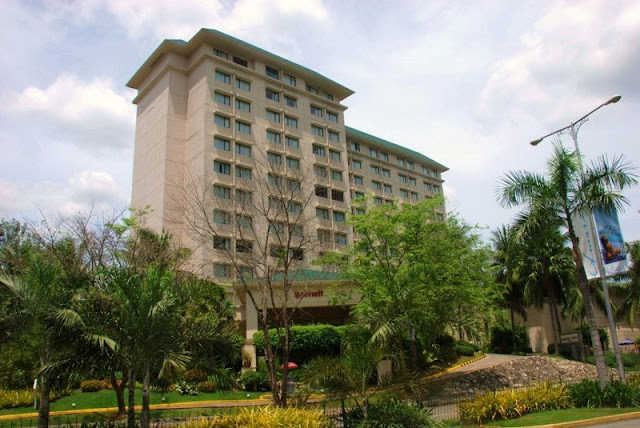 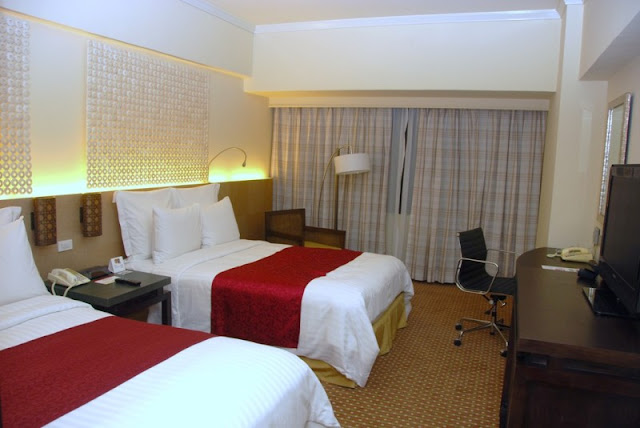 Adjacent to the hotel is Ayala Center Cebu, so we had things to do after office hours and a whole spread of options where to have our dinner every night. This open-air part of the mall just recently opened months ago. 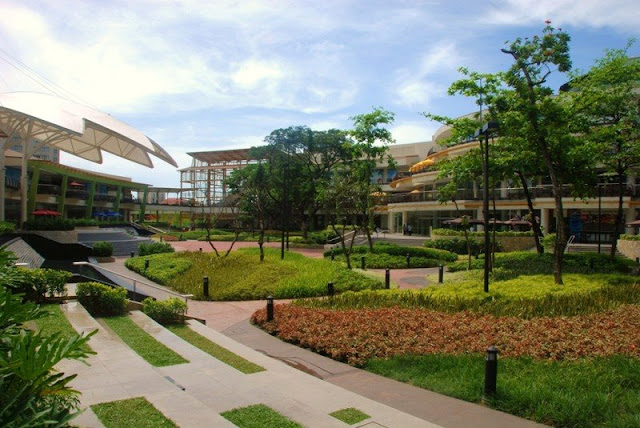 Our customer is located in Mandaue City, which is just next to Cebu City. Most of the time we are here are spent either in the hotel or on-site the customer facilities. 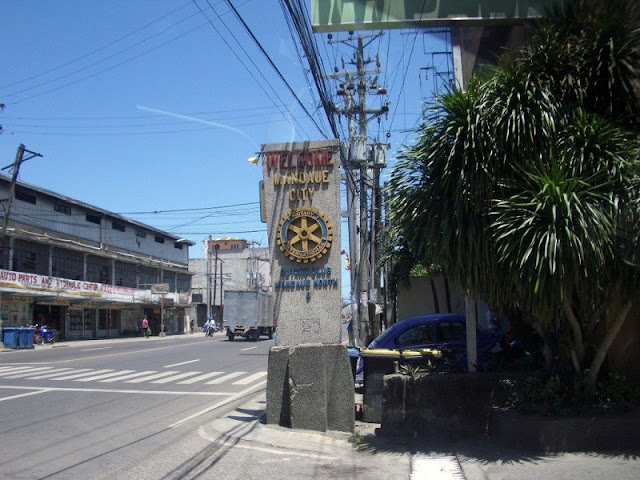 In one late afternoon that we are free, we went to Tops to see a bird's-eye view of the city and the surrounding water and islands. 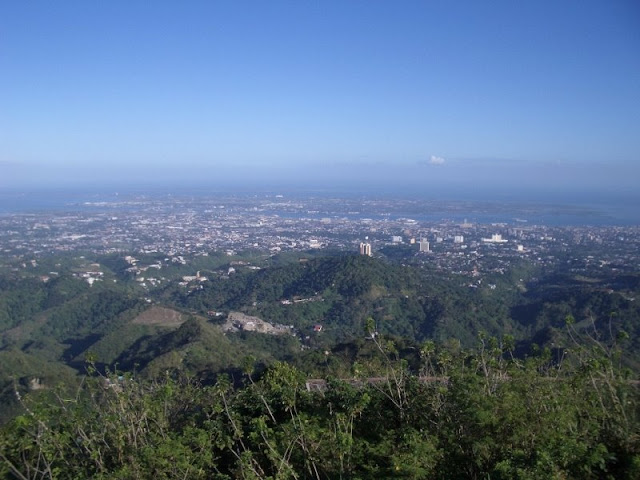 We also had dinner in a famous local restaurant - Lighthouse. In this picture are the PFEs whom I am with the whole week and of course, me. 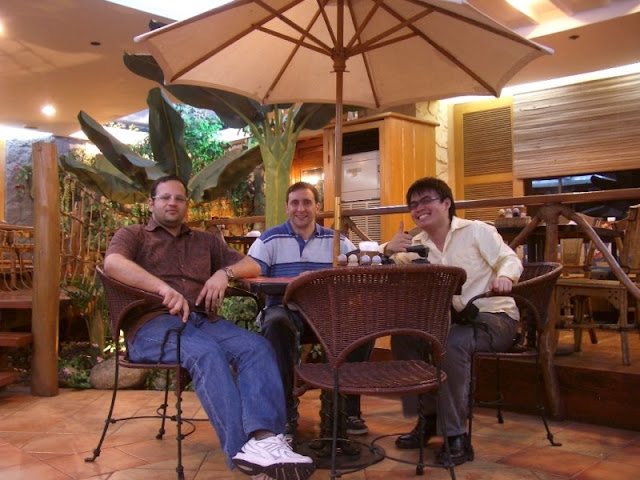 One of their famous delicacies here is roasted suckling pig (lechon de leche). My companions were shocked on how it was served and thought it was brutal. First they put it on our table and then they cut it into pieces using a plate. You can still see the head, the tail and the feet in this picture. 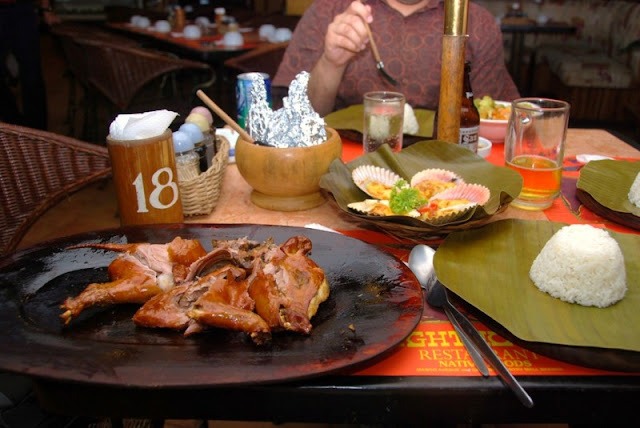 After dinner we went to the nearby Banilad Town Center, a famous night life area, but just to buy donuts. They are craving for Krispy Kreme, but there is none in Cebu so the closest I can recommend is Go Nuts Donuts. After eating donuts, we saw this jeepney with Coca-Cola design. Jeepneys are like mini-buses which are the main mode of public transportation throughout the country. 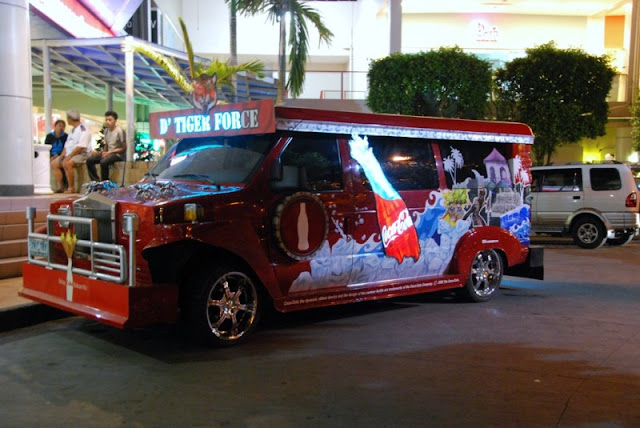 Anyone going to Cebu shouldn't leave without sampling the local delicacies like dried mangoes and dried fishes. Shown below is danggit, which are small dried salted fish, eaten after dipping in vinegar. This is served in our hotel daily during breakfast. 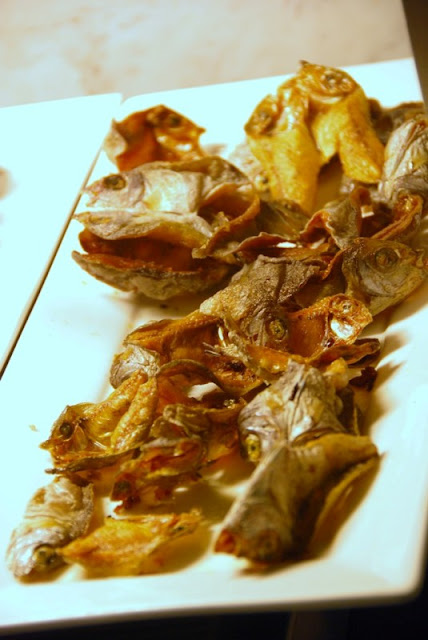 i hope you enjoyed your stay in our city, jj! :D i would recognize you anywhere by now (i'll know the thumbs up sign for pics; lol!) but we never bumped into each other while you were in these places. haha

wow! are you cebu-based? next time you see a guy with a thumbs-up for a picture, look closer!