As soon as we had lunch, we eased our way out of the crowds and continued our journey in Bohol. Our next destination was on the most famous landmark of the province - Chocolate Hills.

After more than half an hour travel from Loboc, we reached a park in Carmen for viewing the hills but to see them, one has to climb 214 steps up the observation deck. 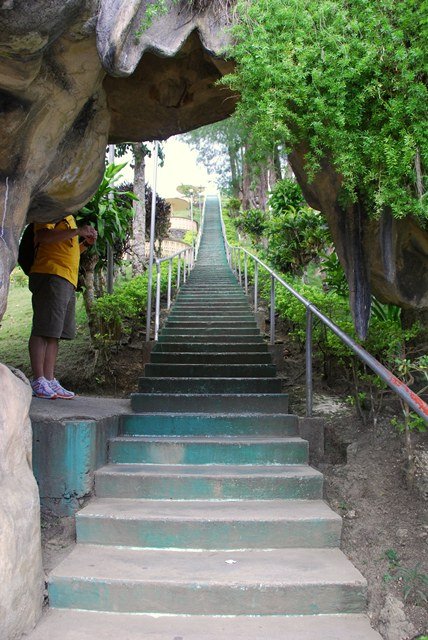 up in the observation deck 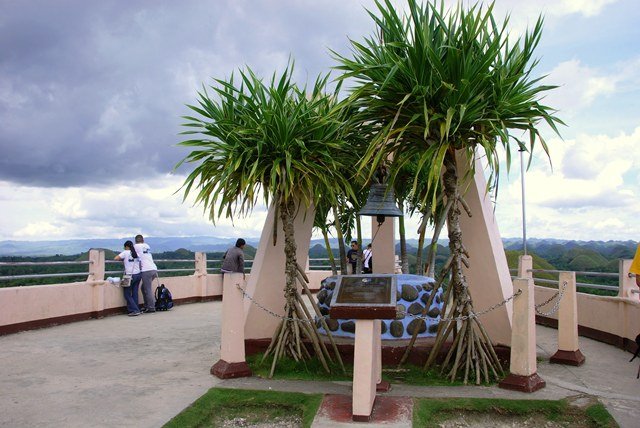 Chocolate Hills, yeah they are what they are, even if they are colored green :) We were informed that there are around 1700+ of them over an area of 50 square kilometers. 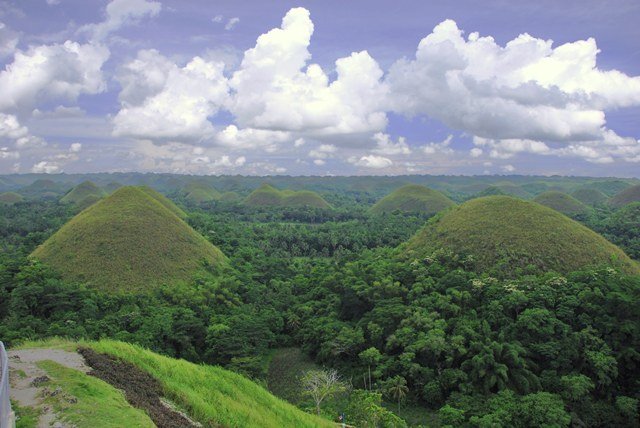 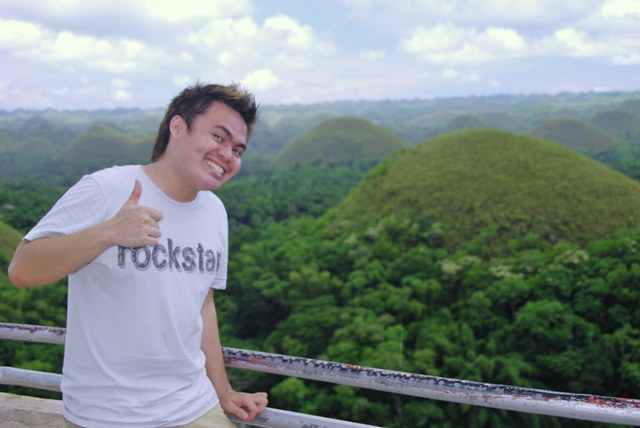 And then it drizzled. Little by little it was beating harder and then it was raining. We had to run for cover and had to climb down the deck to look for a shelter. Minutes later, the rain died down and then it completely stopped. We pulled ourselves up to the deck again, but this time took the longer route (on the left) 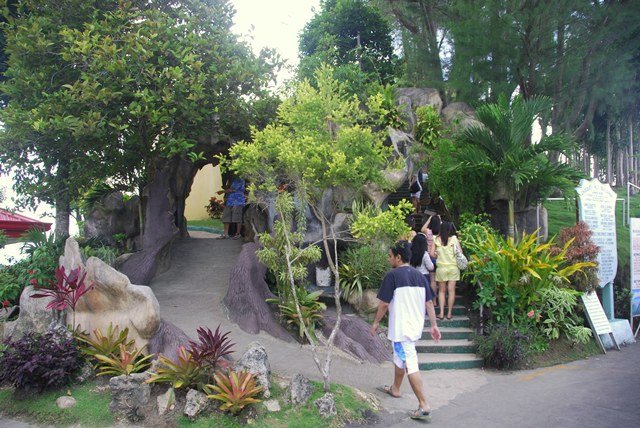 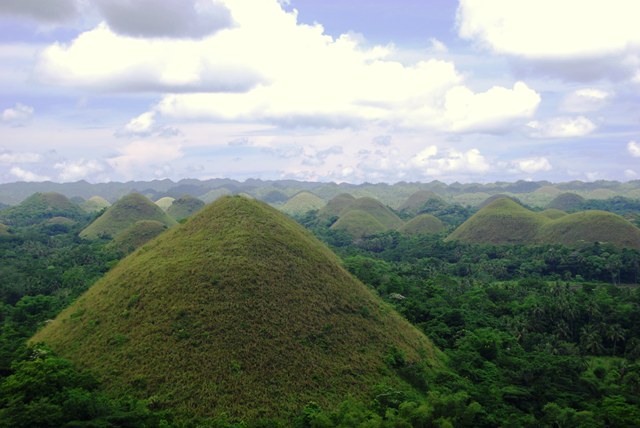 As camwhores that might be, we brought our tripods up and got our group photo - Patrick O., Patrick M. and me. Jojo decided not to join on our second round because it really was tiring going up once again. 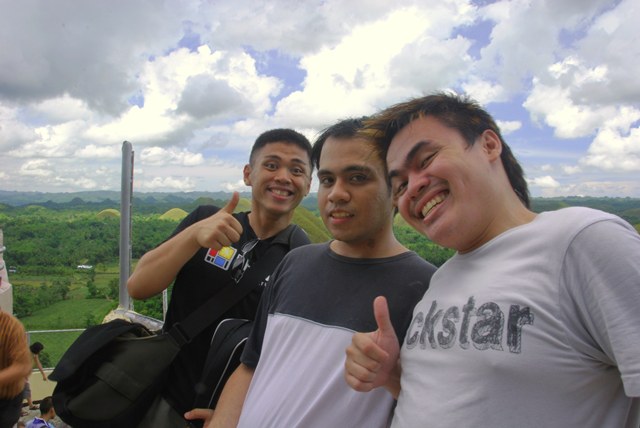 After viewing the Chocolate Hills, we then stopped by the man-made forest in Bilar. I'm not quite sure why this is considered a local attraction although it had a nice view. The forest is made up of planted mahogany trees disected by a two kilometer road stretch.

Anyhow, the camwhores instinct inside me and Patrick O. had us set up our tripods and took pictures of our own. Our two companions were laughing at us because we acted crazy but the hell we care! :) 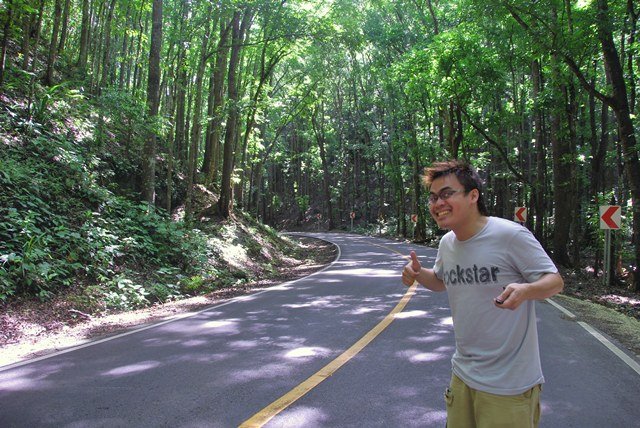 road in the middle of the man-made forest 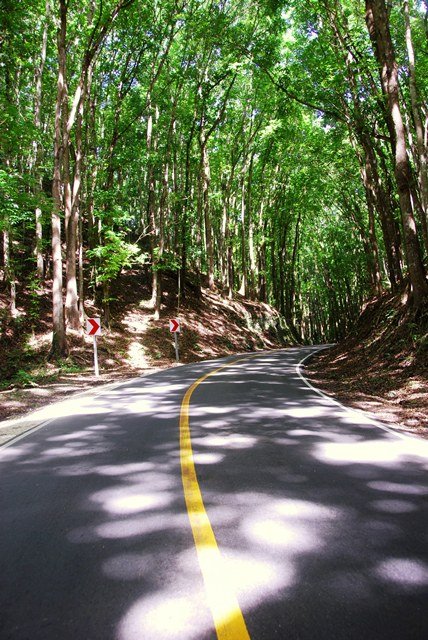 trees in the forest 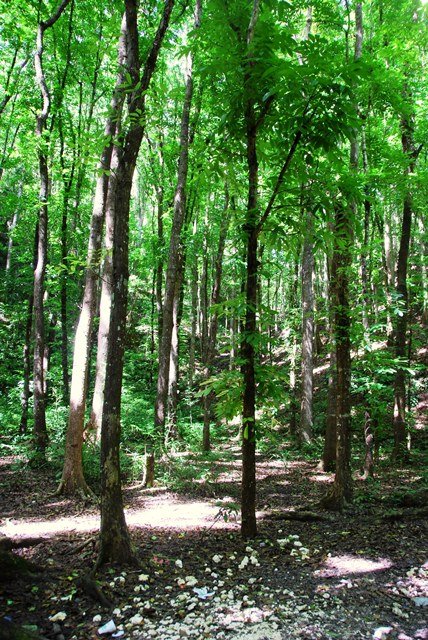 We also stopped by the Hanging Bridge in Sevilla. This bridge was not intentionally made to become a tourist attraction but for some reason it did. 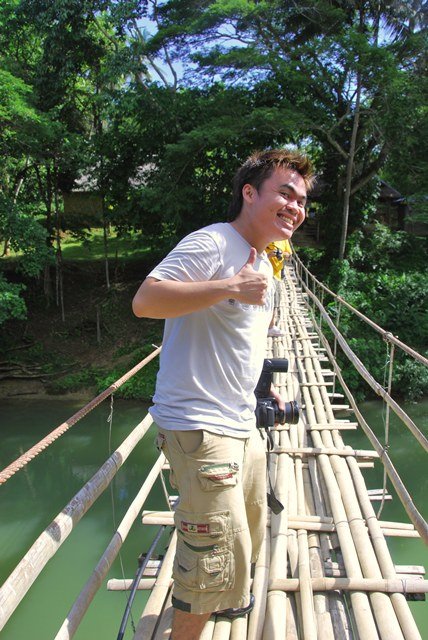 It is made of wood tied together and enforced with cable that goes from an end, crossing the river. Some people were afraid on these type of suspended bridges but for us locals it is the usual way of life. In fact, the bridge was constructed as a passage way for the locals. 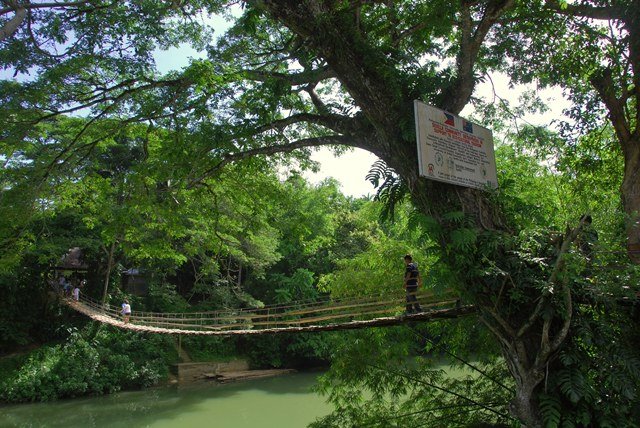 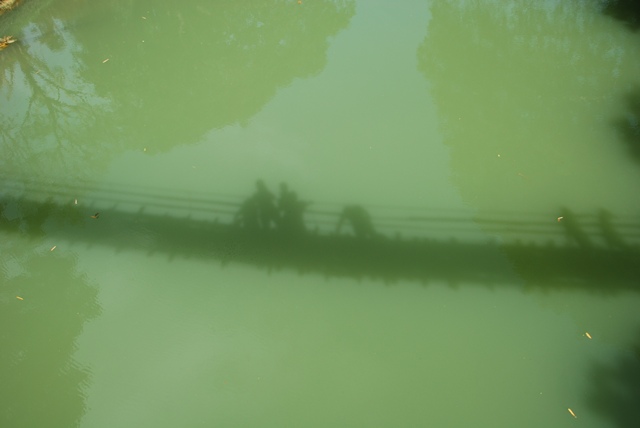 On the other side of the bridge is Buko King, famous for his act of opening a coconut using his bare hands and mouth. He was offering to do a demonstration but I guess people were not so interested at that time. 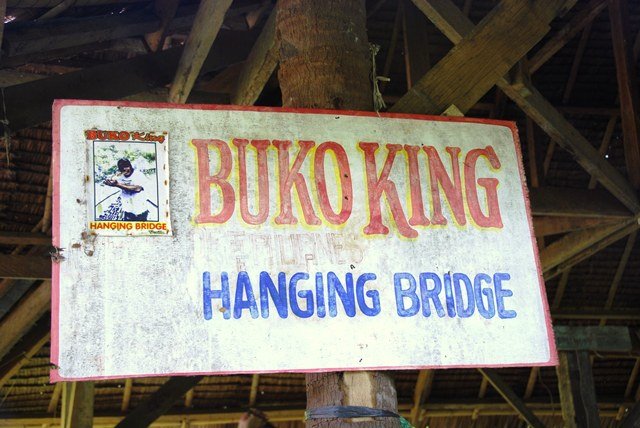 We then went back to Panglao island thereafter. The sun was already setting by the time we reached the Our Lady of Assumption Church, located in Dauis. 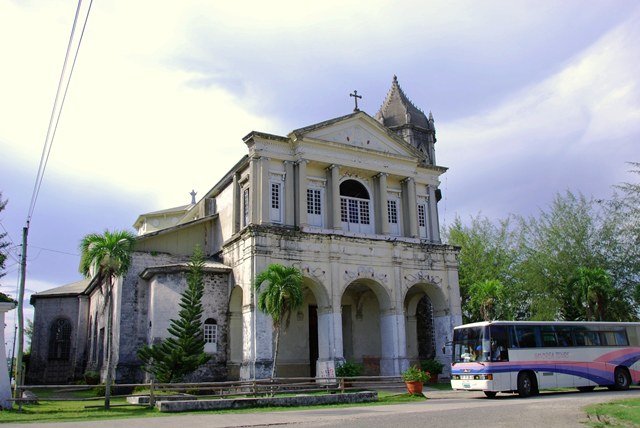 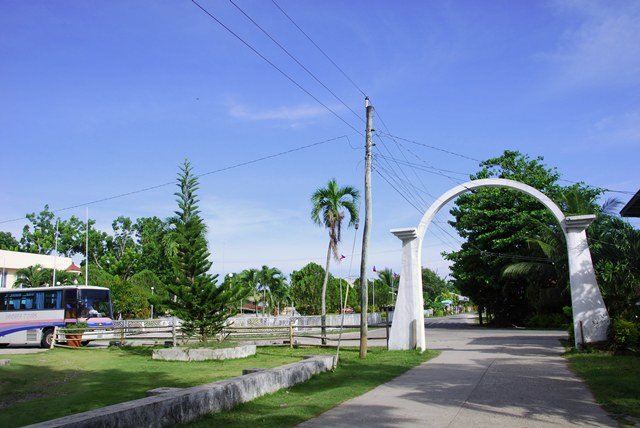 backyard of the church and belfry 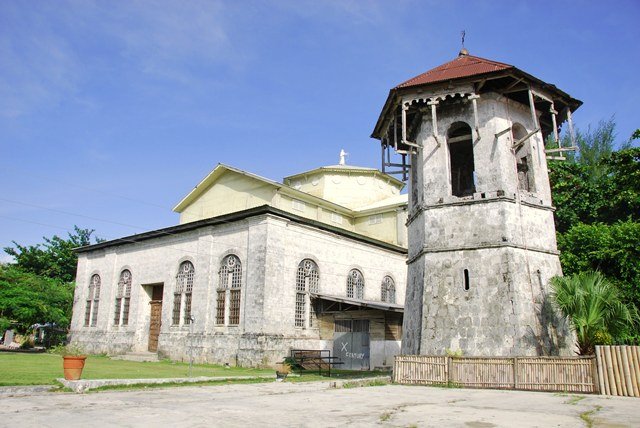 goats at the backyard 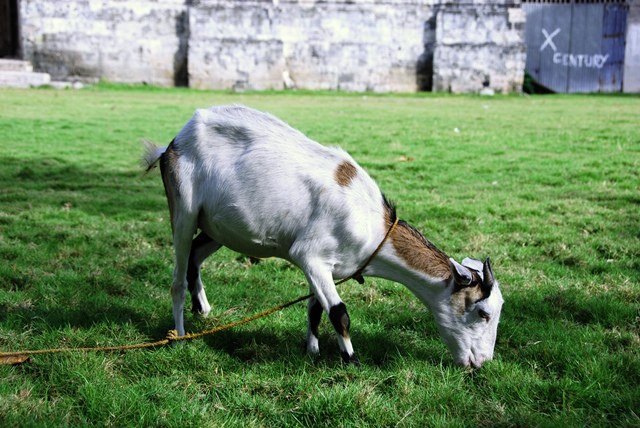 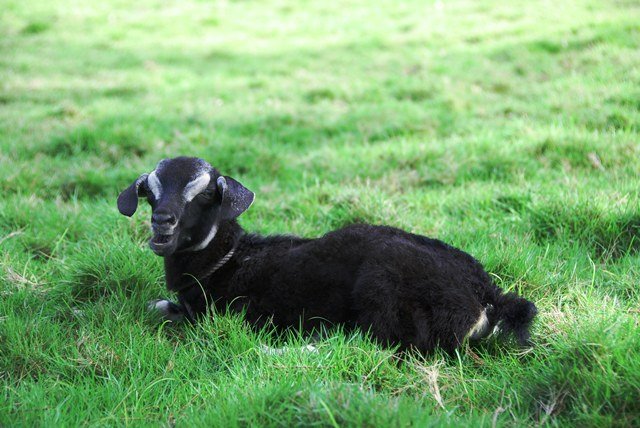 It was an old stone church built during Spanish era and it's old antiquated charm have attracted us to take pictures around the place and do vain poses. 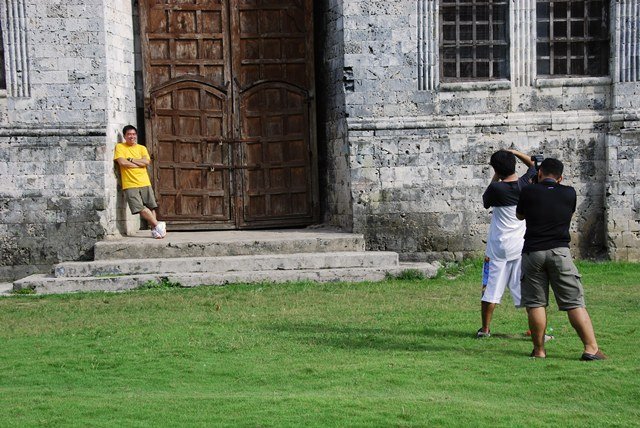 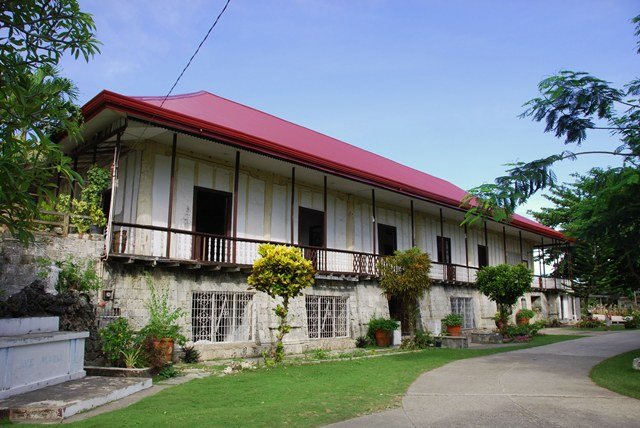 jetty and park behind the church 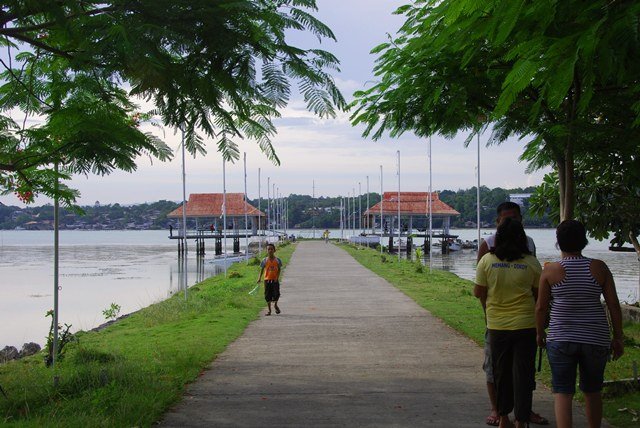 The church is famous for its magnificent beauty, but that's just part of it. Devotees make it a point to visit the place to get water from a deep well located near the altar which is believed to be holy and blessed. 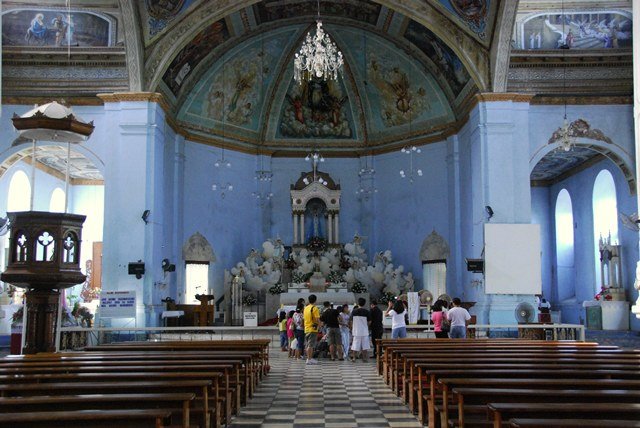 A church staff was fetching water for devotees when we were there. The water is then funneled to minimize wastage and transferred into bottles and containers for taking them home. 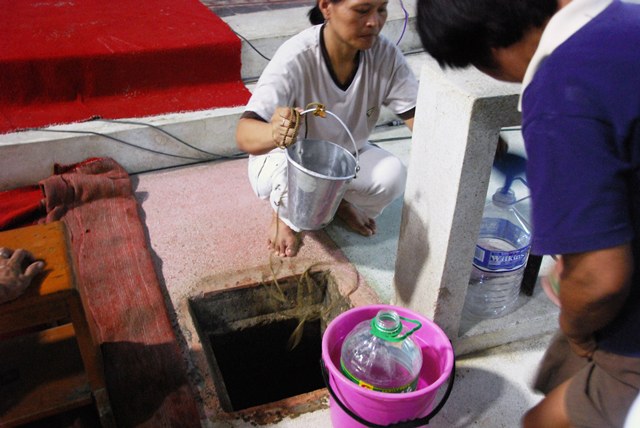