After our island hopping in the vicinity of Panglao island, we just freshen up a bit back in our resort and we checked-out by lunch time. We hired the services of a driver that will take us back to Tagbilaran City, the capital of Bohol province, where we will be staying overnight until our flight early next morning back to Manila. 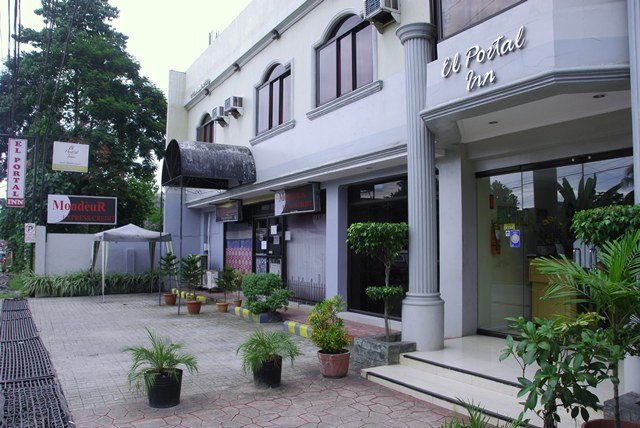 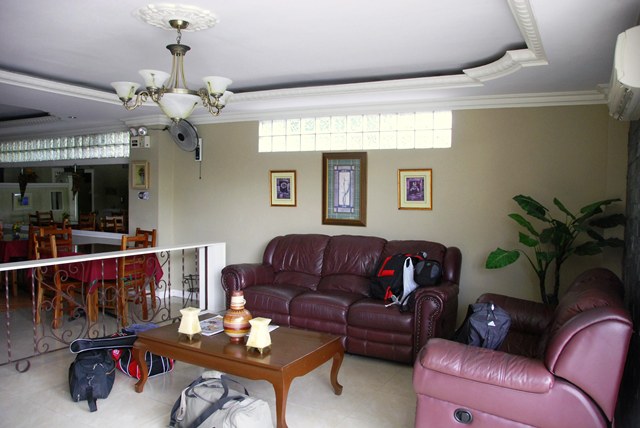 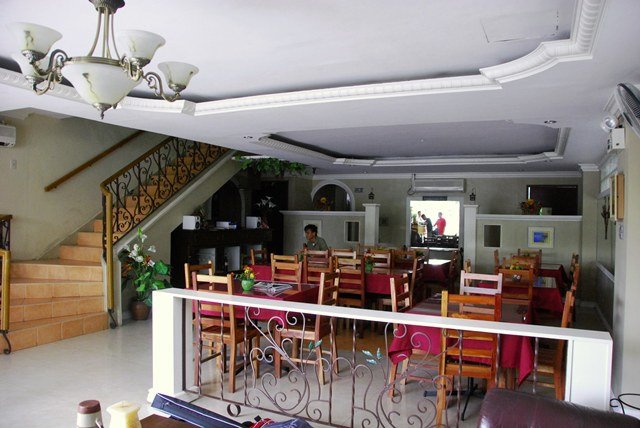 We got a family room for the four of us (PHP1250 + PHP175 in excess of 3) with two beds and got the basic ammenities of an airconditioned room, hot/cold shower, TV and refrigerator. 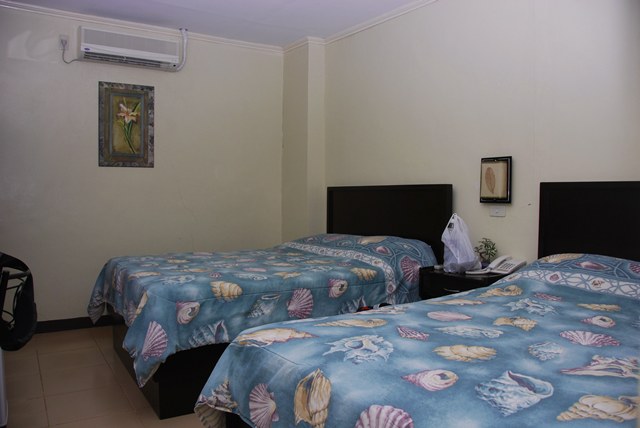 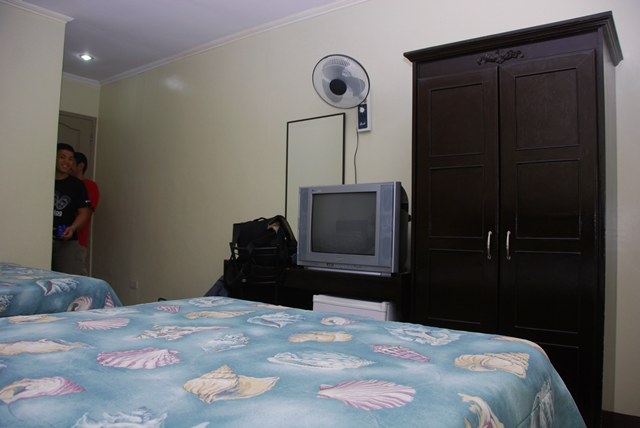 For lunch, we went to Island City Mall in search for the "prawn farm". We saw this billboard and have since then drooled on the idea of actually dining there. 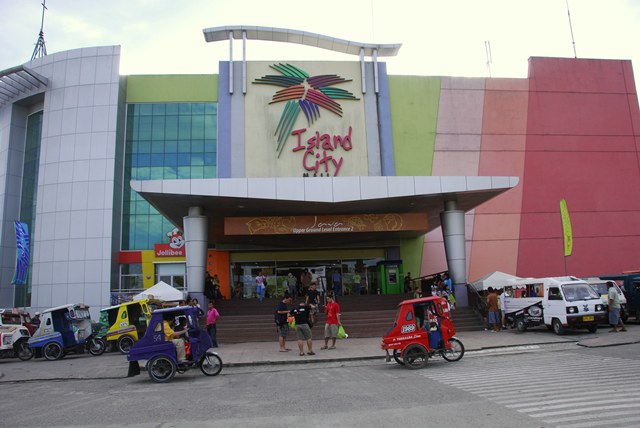 Prawn Farm Restaurant is located inside the mall. 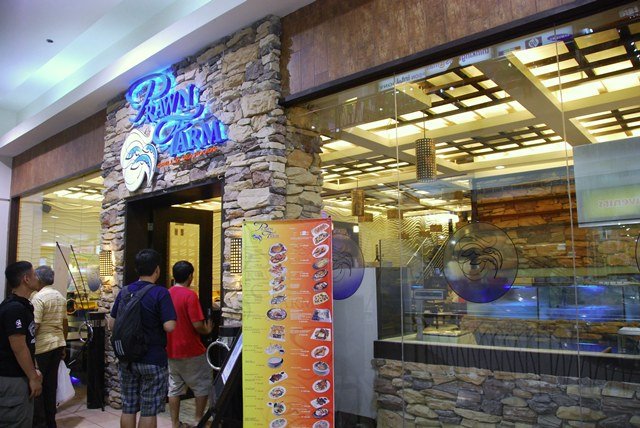 It was father's day and they were having a father's day special buffet. Seafood like squid, shrimps, fish, and of course, prawns as well as other meat items were served. 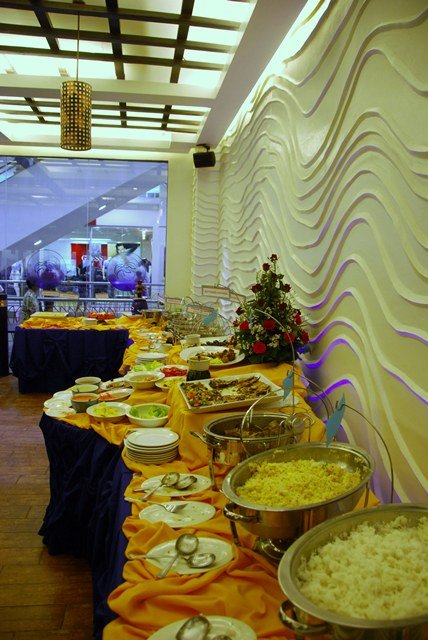 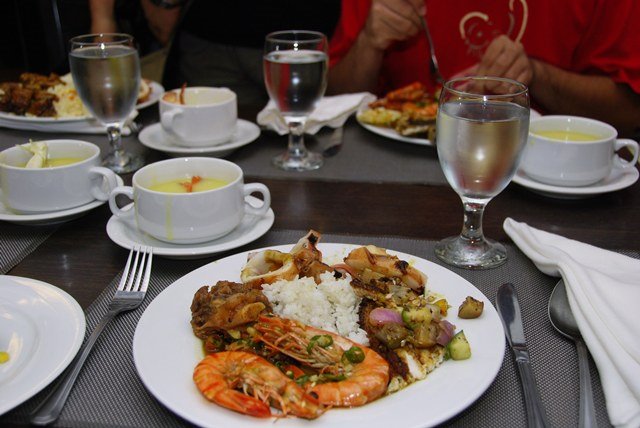 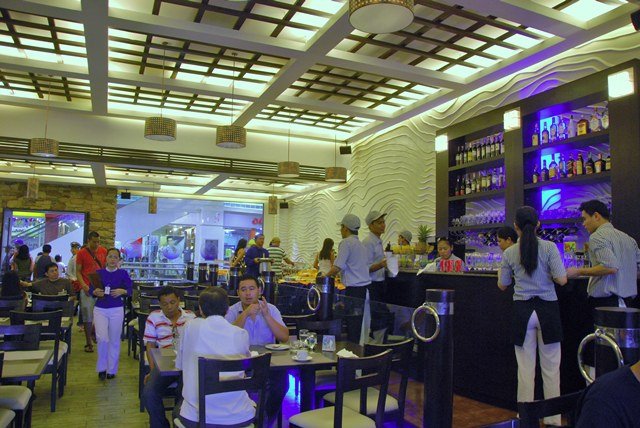 preparation area behind the glass 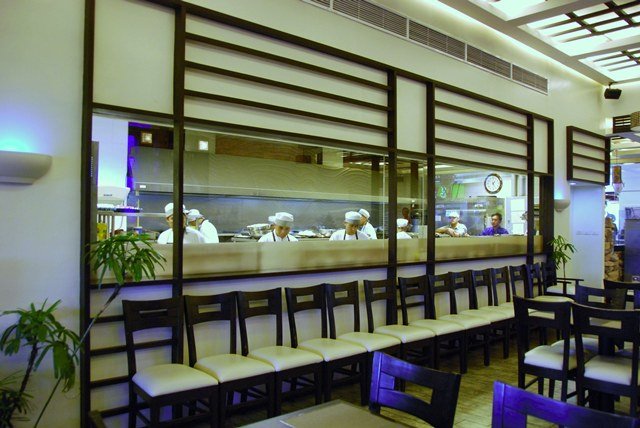 The food was great and we left full and filled-up until that evening. Right after lunch, we decided to watch the movie Drag Me To Hell for the rest of the day was our free time. 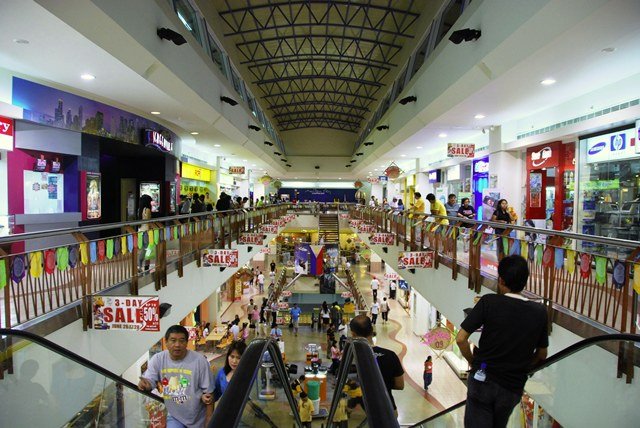 Just before sunset, we rode one of the tricycles that took us back to the inn where we spent an hour's worth of rest. 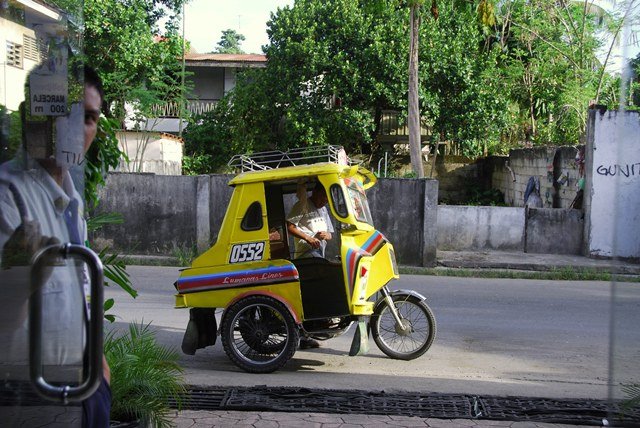 During our chitchat inside the room, someone raised the idea of having a massage and it was decided upon to check out Le Spa Massage. The experience was just okay, not so bad, but my colleagues didn't actually like it there. 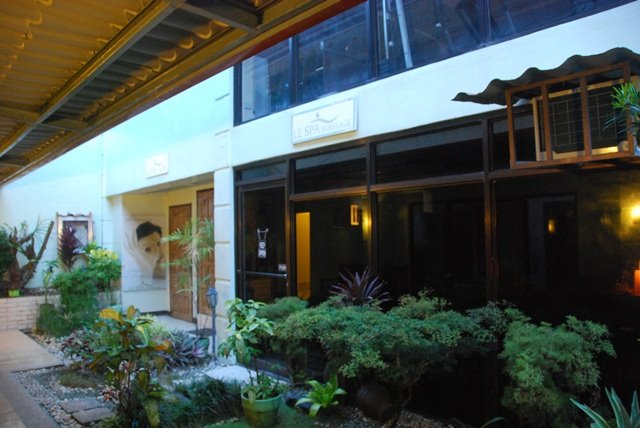 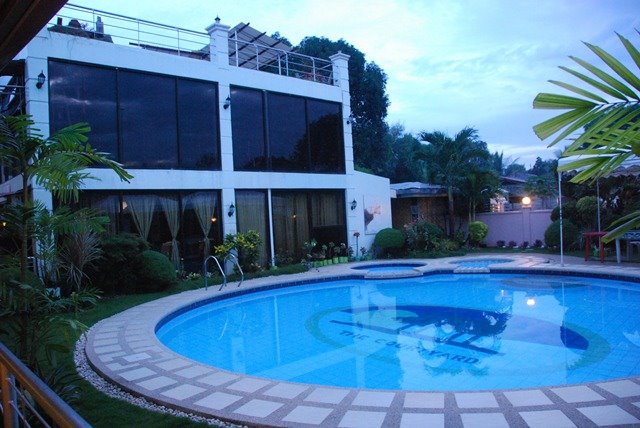 After the massage, I saw a church across and decided to drop by. There was a mass service going on since it was a Sunday but we were already late so I just stopped and pray. 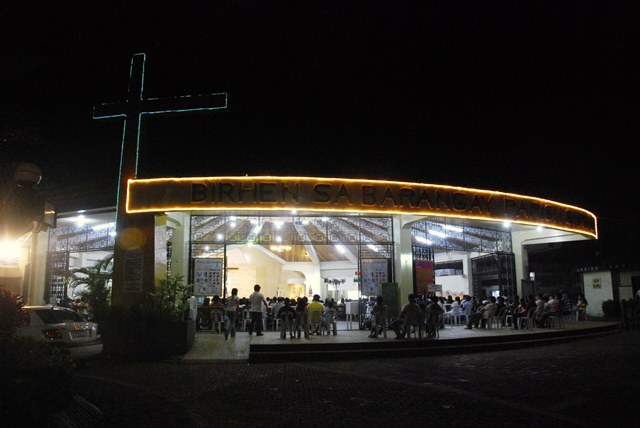 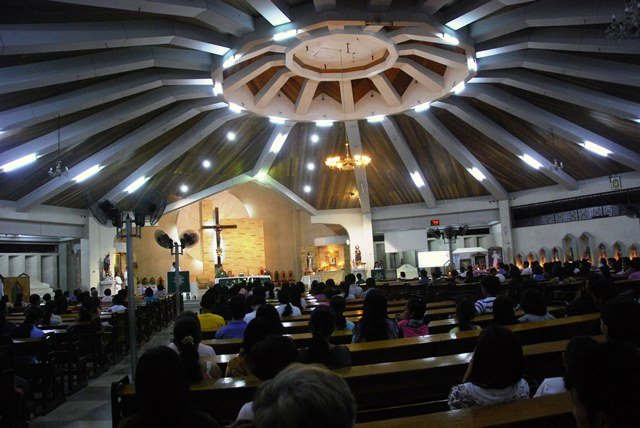 For dinner, we originally toyed the idea of eating whole roasted chicken that can be bought on the streets for PHP99. For some reason however, we had to scratch it and looked for a place more convenient. 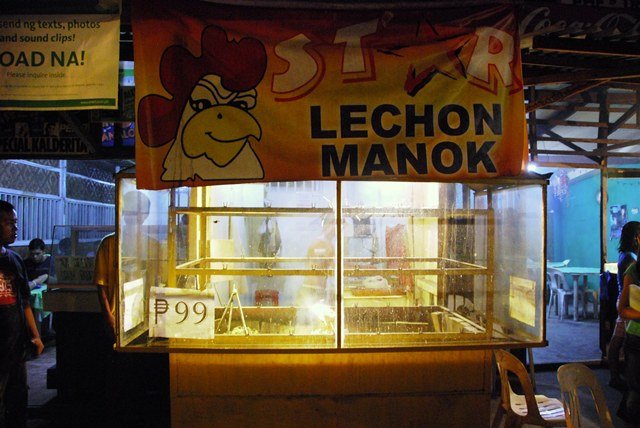 We then went to Plaza Marcela, a mall only a few blocks away from our inn and decided to eat there instead. 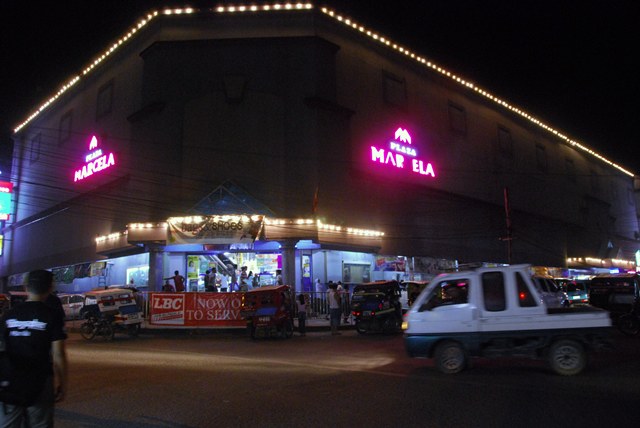 There was nothing much inside the mall and the only choice we got was Jollibee so that's where we had our dinner that night. 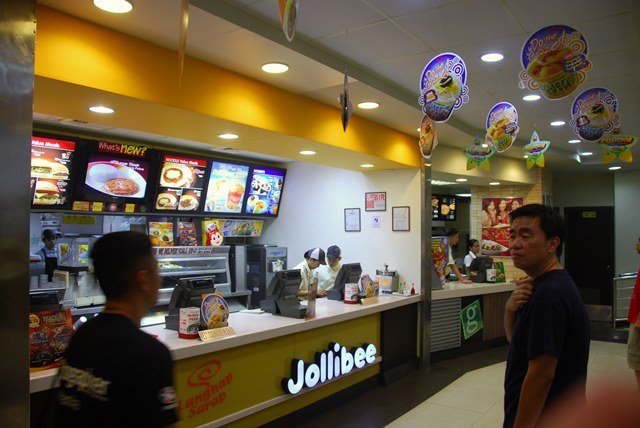 For a long time, I haven't had Champ burger in Jollibee and since we were there already, I ought that it's the right time to savor it again, and that's exactly what I had for dinner - served with fries and Coke Zero. Early the next day, we checked-out of the inn and went to the airport using the shuttle provided by the inn for our flight back to Manila. 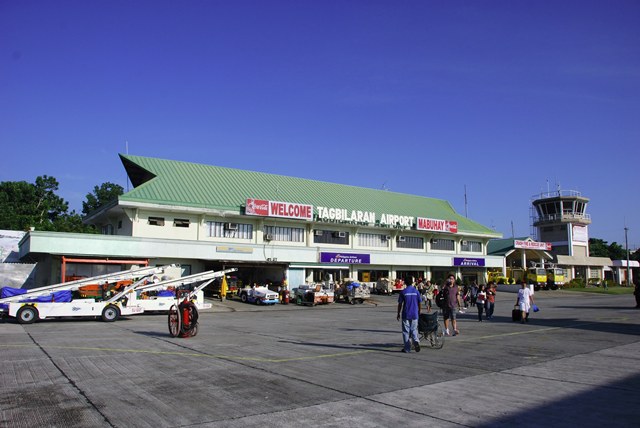 me, in front of the plane 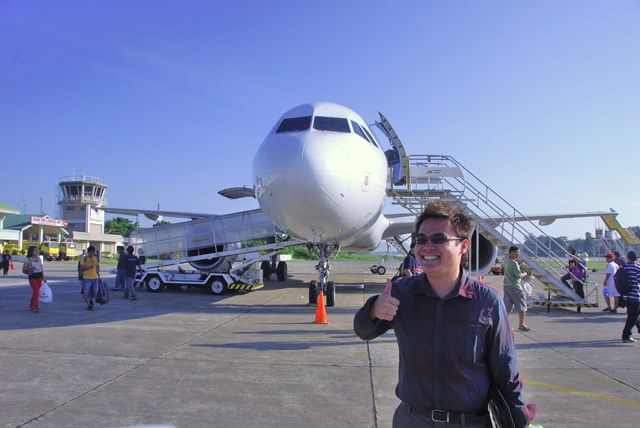 And once again, we were off - this time routed back home! 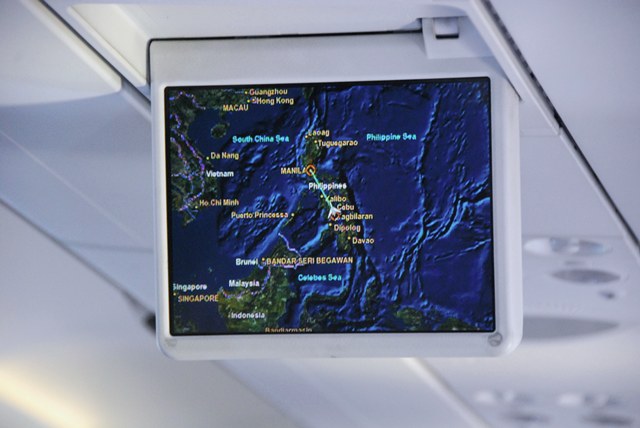 Up above in the sky, Mayon Volcano can be seen from far away. However, the clouds and the weather during that time made the supposedly fantastic view become more of a silhouette. Good thing I previously had a weekend getaway to Bicol and was able to see the volcano clearly at a more closer view. 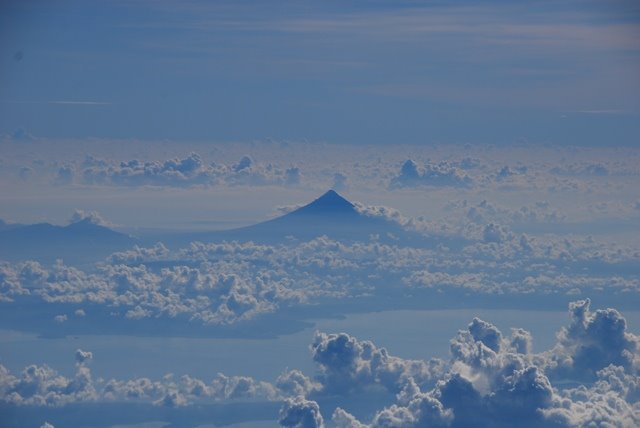 oh tagbilaran! the booming tourist city. i didnt know that its that progressive already.

and i like the mayon pic. i love it!

oh, look at all the foooooooood!!! :D

I honestly love this website. Your posts help to remind me why I love traveling on vacation soo much. You seem to really love your site. Aside from my medical practice, I love keeping up with the latest travel tips online. Keep up the great work and please visit by my health blog sometime. I would appreciate it. The url is http://healthy-nutrition-facts.blogspot.com

hi everyone, i was out for some time but i'm now back. thanks for visiting my site :)

great travel story... I'm eyeing to visit Tagbilaran and Bohol in November so I have few queries... Is Portal Inn room rates enough for budget accomodation to stay and is it near places of interest in Bohol?
Can a tour of Tagbilaran, Panglao Island, Choco Hills and Loboc River be squeeze in an overnight stay or in short is it possible to cover the main tourist places of Bohol in an overnight trip?
Lastly, Bisaya is the local dialect in Bohol right?
Thanks, I hope you'll be able to help me... I like this posts.

hey, your blog is quite informative. thanks. but i wanna ask how did you go to chocolate hills from tagbilaran. how much is the fare? i am travelling there with two of my friends next month and we're just back packing. thanks!