A day that started hot and sunny in the morning has turned into a hard and cold rainy afternoon, but that didn't stop us in keeping our spirits high as we pushed further for this wonderful trip. After finally getting into our cab for more than an hour of wait in a covered carpark-turned waiting shed in Jiufen which almost had us soaked and drench after a sudden pour, we then proceeded to the nearby Gold Ecological Park located in Jinguashi, a World Heritage Site, in Reuifang township. Here we can see the remains of the mining industry that was popular during the early 20th century. 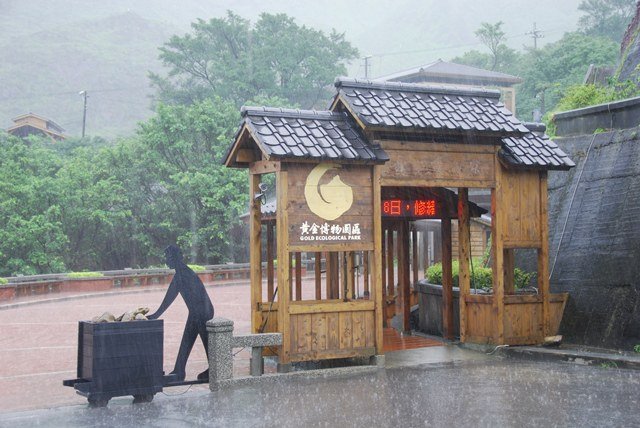 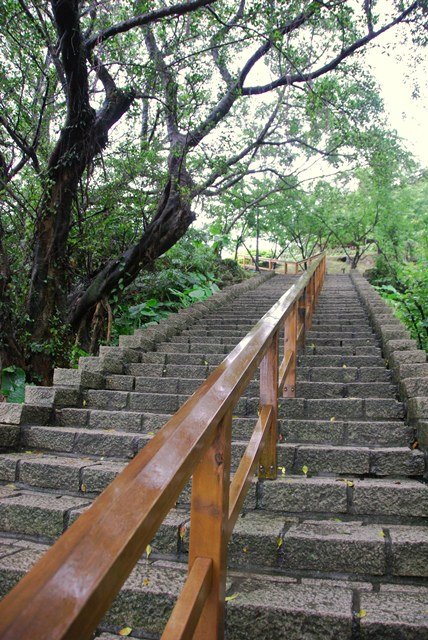 tables and "mini houses" near the gift shop and restaurant 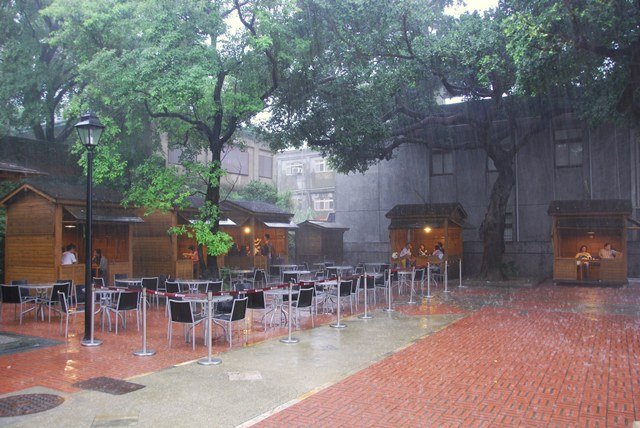 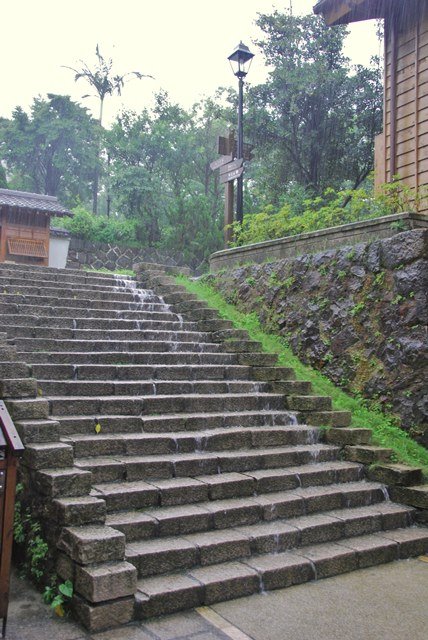 These are Japanese-style residences built during colonization period of Japan. They were built by the Japanese Mining Co. for their miners and families. 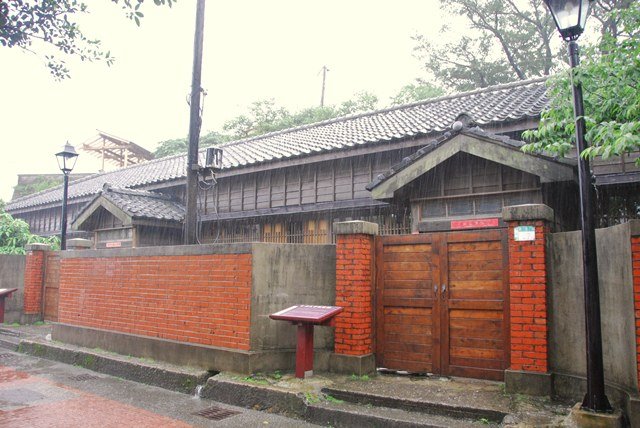 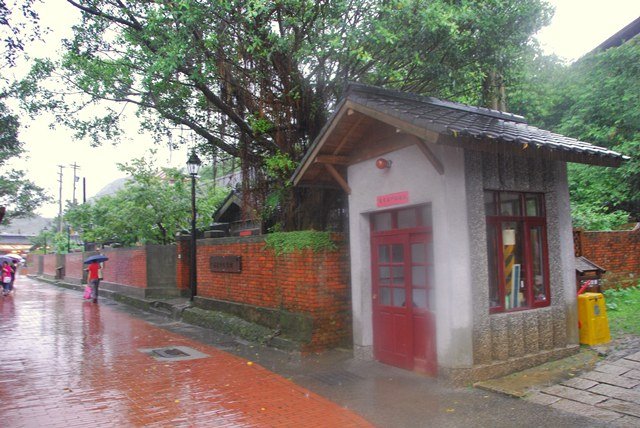 Unfortunately the park was closed when we came that day. We weren't informed by Mr. Yang, our cabbie, who also might not know or perhaps he did try but the message was lost in translation. The guards manning the entrance didn't inform us either and we just went inside as the rain is pouring bad. If I ever had the chance again to be around, I will definitely visit the place as I am always amazed by gold and mining. Entrance to the park is NTD100 while an additional NTD100 is collected for the Gold-panning experience where participants are thought how to mine gold. Another NTD50 is needed for access to the Benshan Fifth Tunnel experience where you get to be a miner yourself.

We then left the park and made our way to the Gold Waterfall. It was explained to us that due to the mining of gold nearby, the water is affected by chemical reaction with pyrite and thus form the semi-golden colored water and rocks. 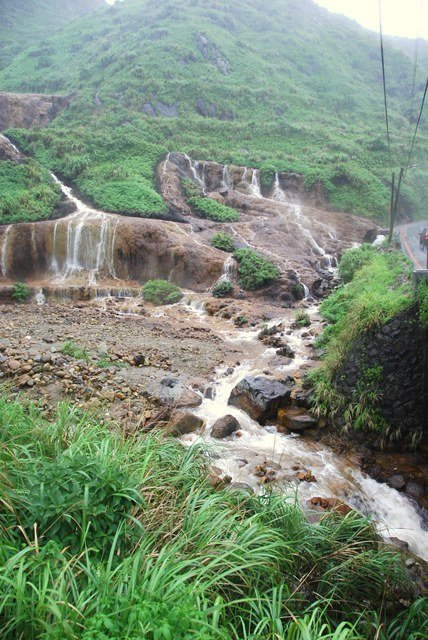 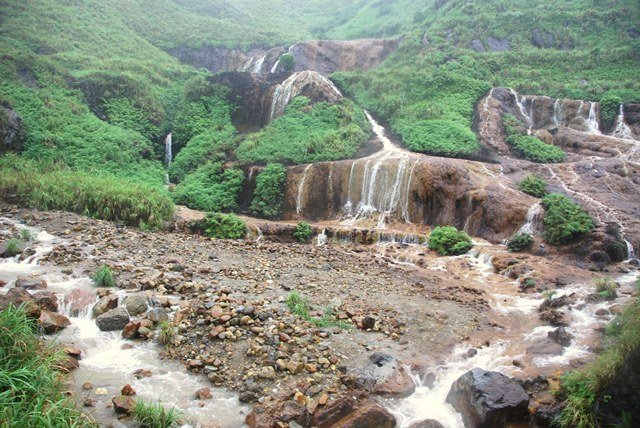 Down the road, one can view the Yin-yang Sea (Yin-yang Hai), where one part of the sea is yellow/gold-colored while the other part is the normal blue/dark gray colored. The color of the water is also affected by pyrite helping form iron particles. 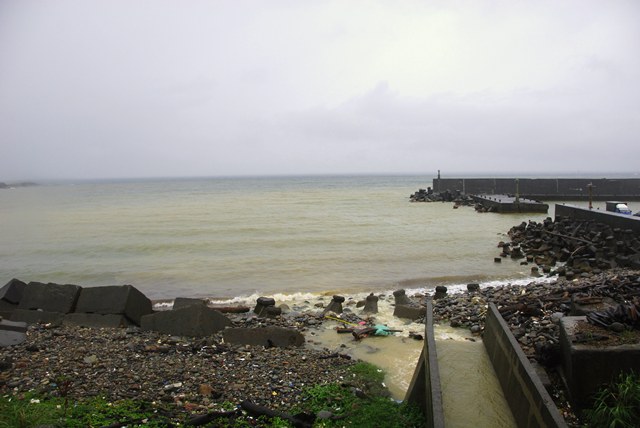 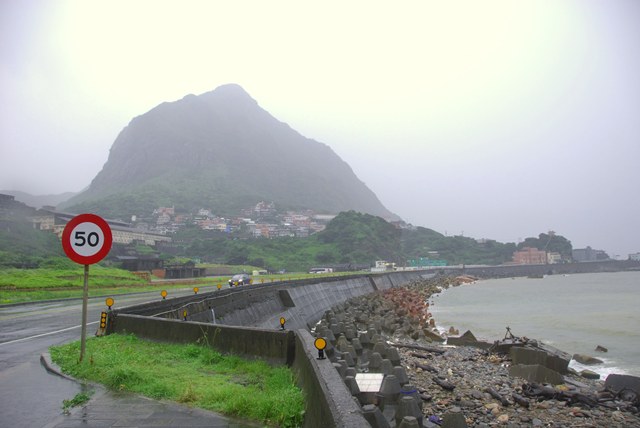 A few minutes more driving and we reached Nanya, where big rocks can be seen from kilometers away. 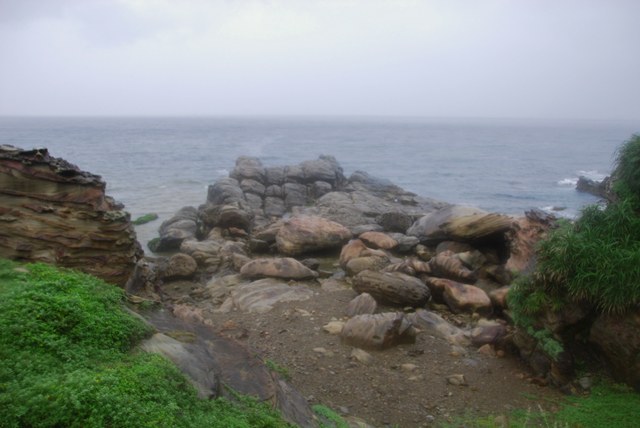 Nanya is known for its rock formations and is part of the North Coast & Guanyinshan National Scenic Area. 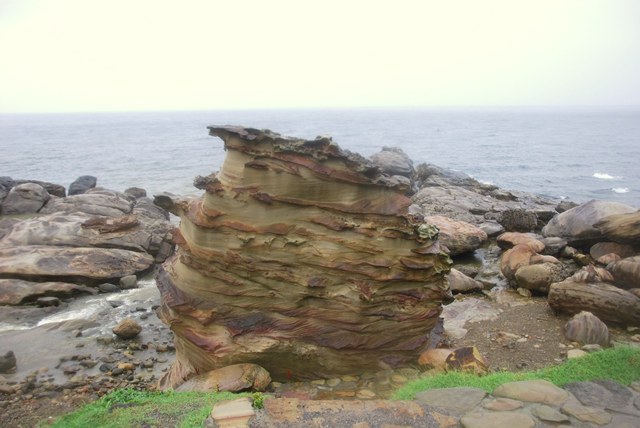 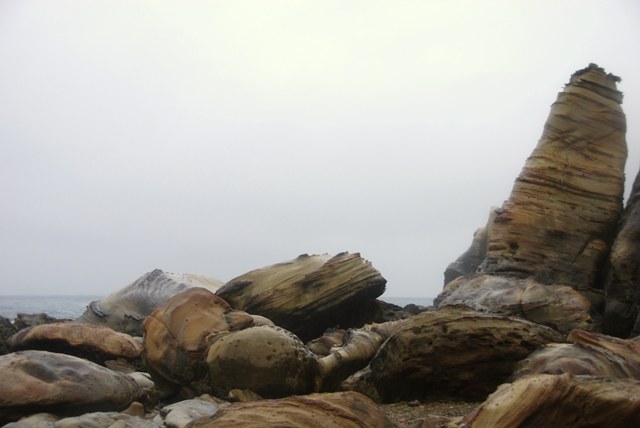 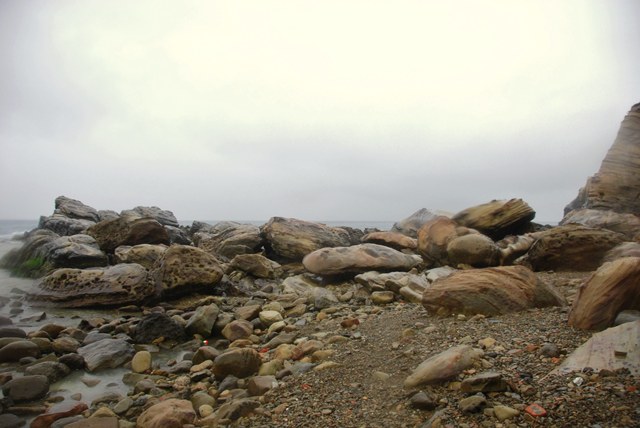 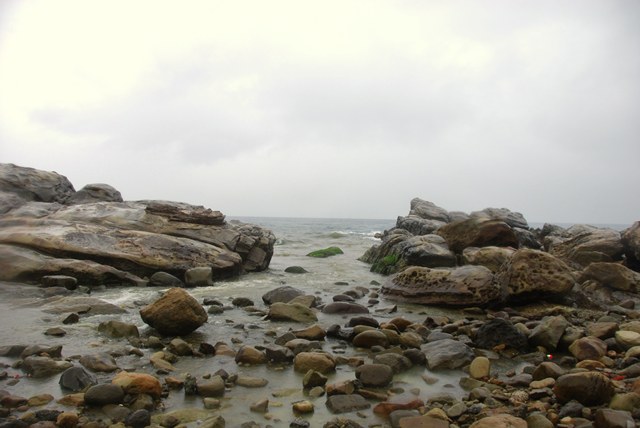 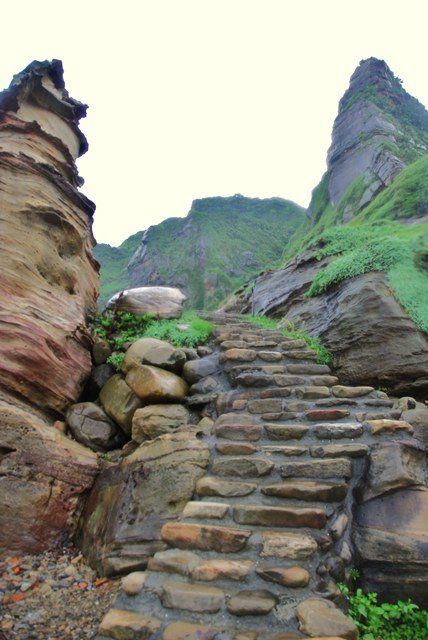 the view below from above 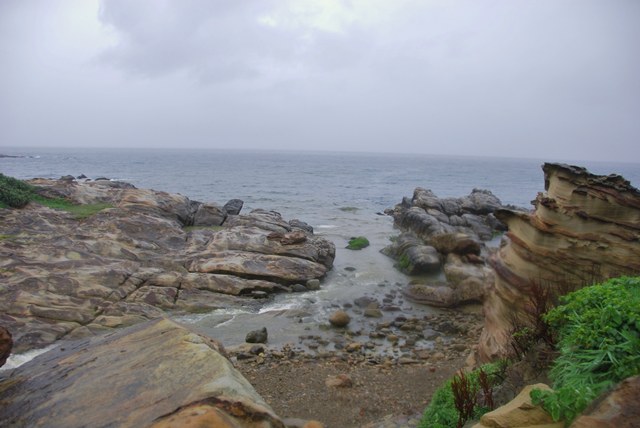 The latter part of this day trip around Taipei City and surrounding county became more of a geological adventure for us. Everything was unexpected but we are suprised and delighted to see all these wonderful natural sceneries despite the heavy rain. We are also supposed to go to Beitou Cape but we have to walk a bit and because of the weather, we decided not to proceed.
Posted by Jasper at Wednesday, June 17, 2009