Day 2, the sun is shining and we woke up to another day of excitement and fun in Taiwan. 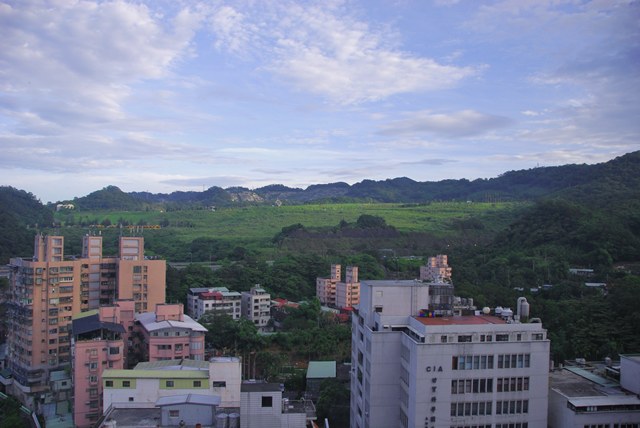 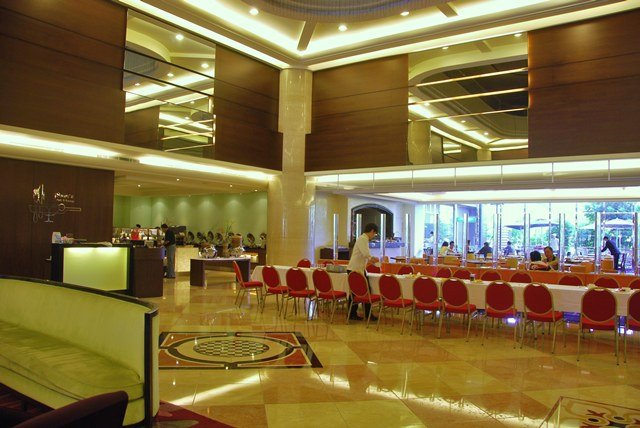 There's an ample and decent spread and selection of breakfast items catering Chinese, Japanese, Korean, some Asian and western items. 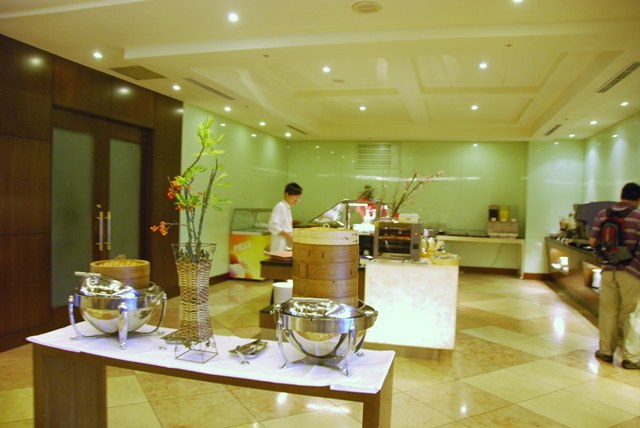 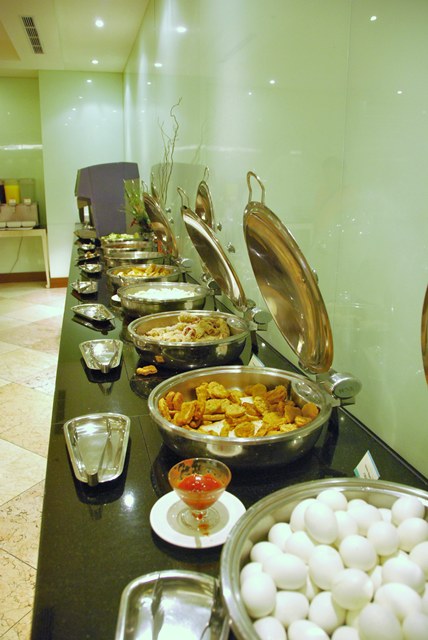 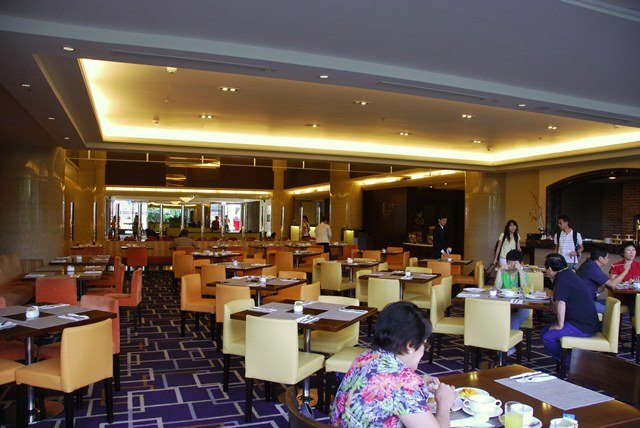 Other than that, they also serve local fruits and I was delighted to see some items I haven't tasted for a long time like guava and on some other days, melon dew, star fruit and even bell fruit! 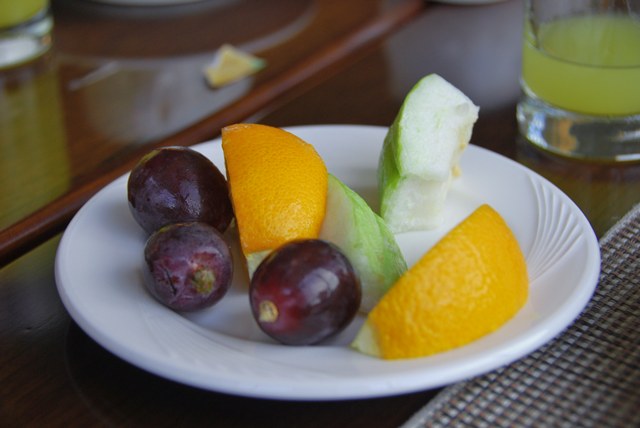 Outside the restaurant is an al fresco area where one can stay, relax or get some sun and because the hotel is located outside the city in a county surrounded by mountains and trees, it can be very serene and peaceful sometimes here although it is very neary the highway. 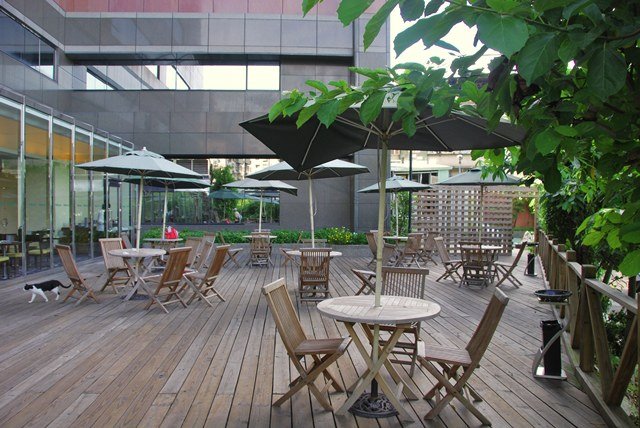 I booked for the services of Mr. Meeky Yang, a cabbie who promised to pick us up from the hotel by 8:30AM and bring us to places around Taipei and nearby cities for 12 hours for a rate of NTD3000. I got his contact details searching for things to do around Taiwan and one forum recommended his services instead because it's much more convenient. For those coming in to Taipei and would need such, Mr. Yang may be contacted by calling or sending an SMS to +886 9 2191 5586 or by email at meeky589@yahoo.com.tw. You may need to book him in advanced as he gets a lot of requests. Good thing about him is that he can speak a bit and explain things in English for someone like me who cannot converse in Mandarin.

Aside from the usual places he brings tourists around, I specifically requested to go to Yangmingshan National Park because it looks very nice from pictures and reviews. Shown here is me and my at the flower clock clock of Yangmingshan Park (also known as Houshan Park). This place and surrounding area is said to be very beautiful during flower festival that happens from February to March yearly. 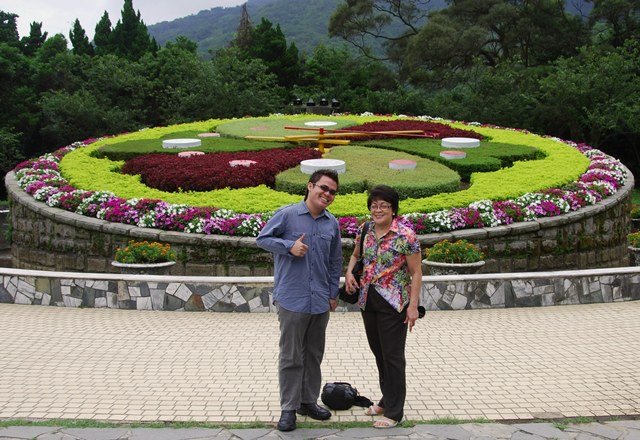 In the Yangmingshan Park is a small trail. Mr. Yang explained to us that locals love trekking and hiking and trails are found almost everywhere around Taiwan. Locals spends weekend waking up early to convene with nature and follow such trails. Since we are already there and we were told it was just a short walk around the park, we followed the path and enjoyed the place while getting doses of fresh air to breathe. 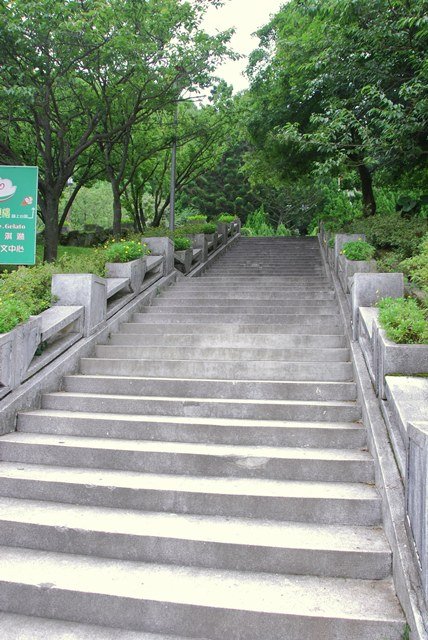 Here are some photos taken during the course of walking around the park:

statue of Wang Yang-ming, a chinese scholar and philosopher during Ming dynasty 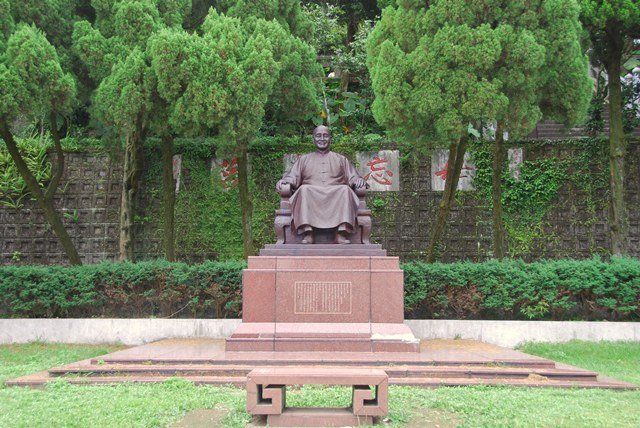 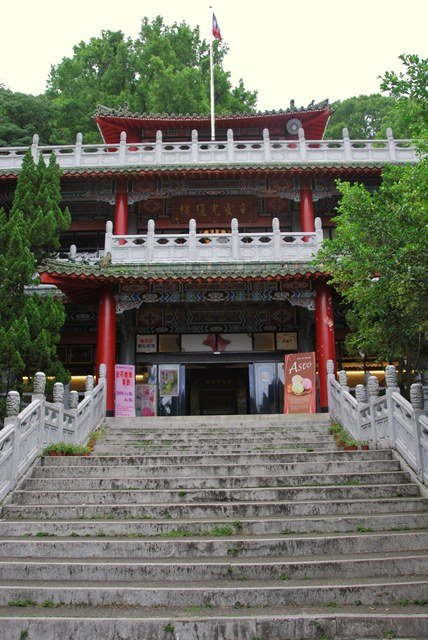 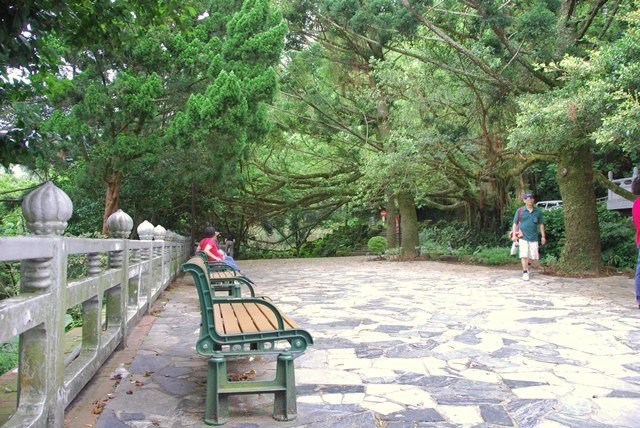 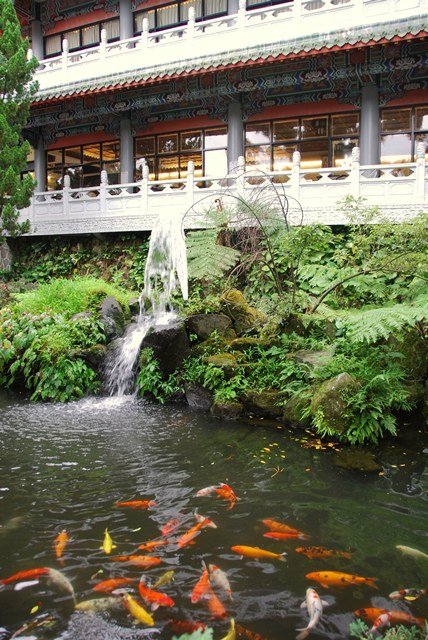 squirrel. yes there are animals lurking around the park! 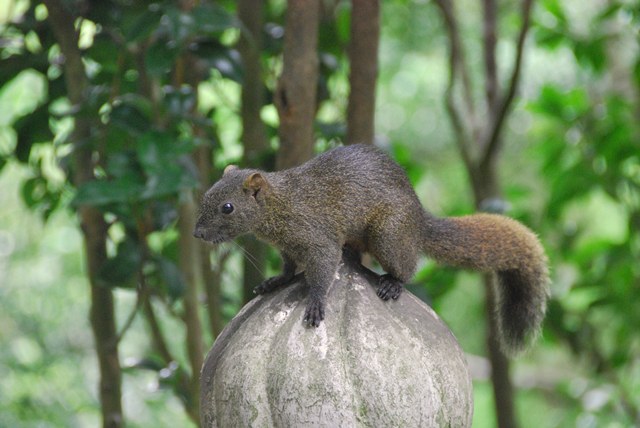 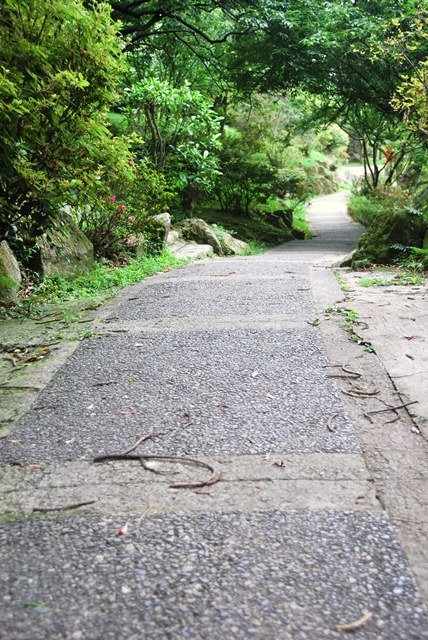 me, in front of a dragon-like tree trunk 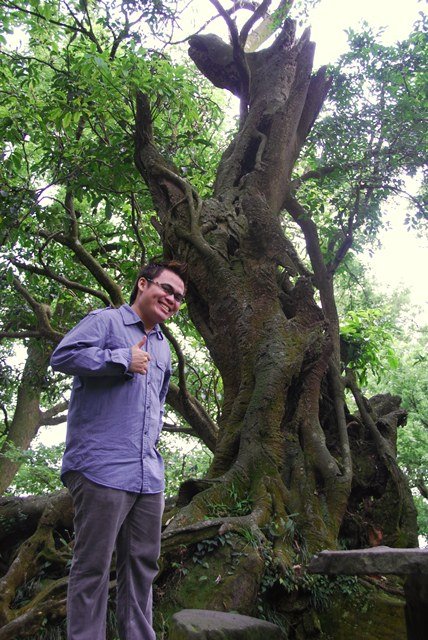 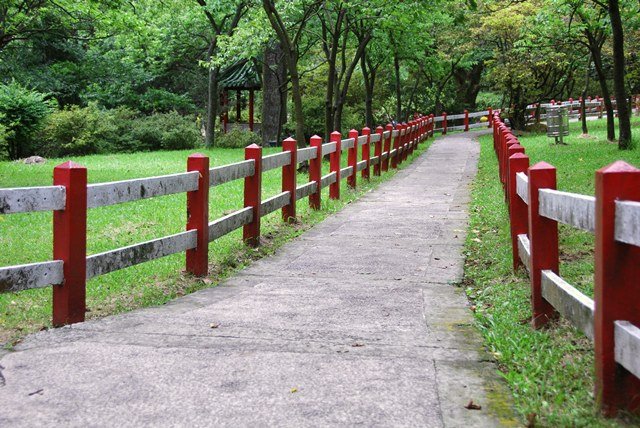 and still, another pathway! 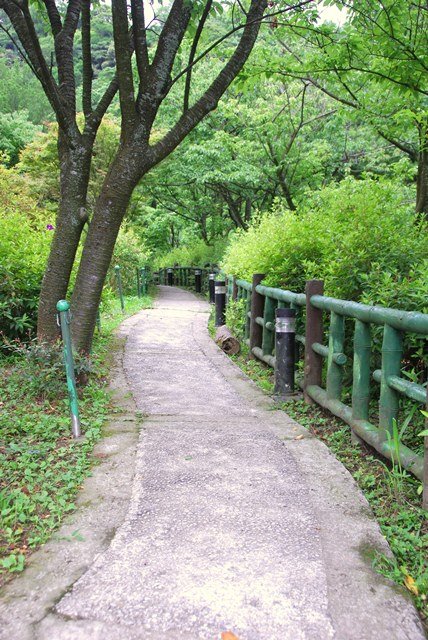 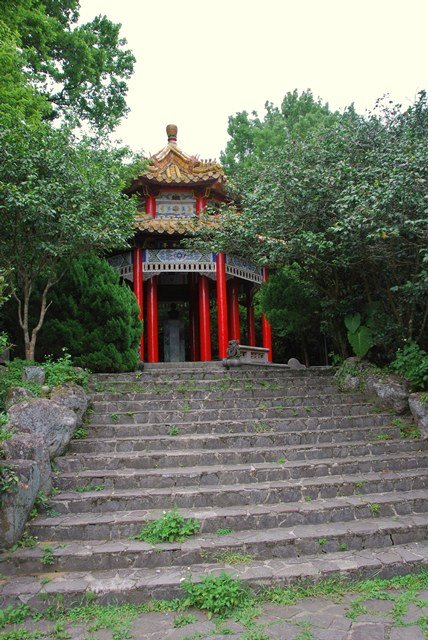 Mr. Yang also brought us to Zhuzihu, a place where farms grow calla lilies. Nothing much there really at this point but the scene has been very spectacular and amazing with clouds covering the mountain and lush greens everywhere and a few sprouts of flowers. 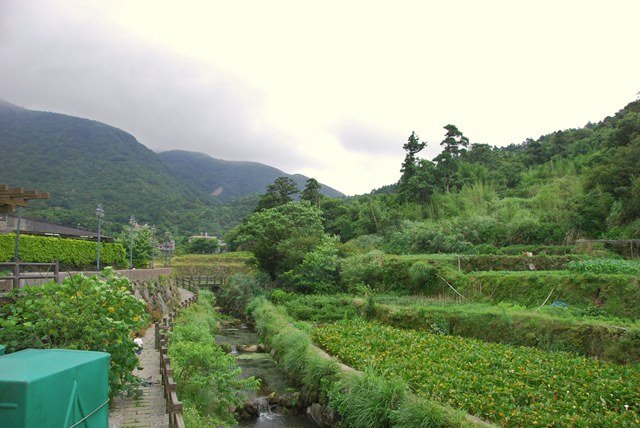 Driving by, we were amazed by some smoke coming out of the mountain and went further towards Siaoyoukeng, a post-volcanic geology area, still located inside Yangmingshan National Park. 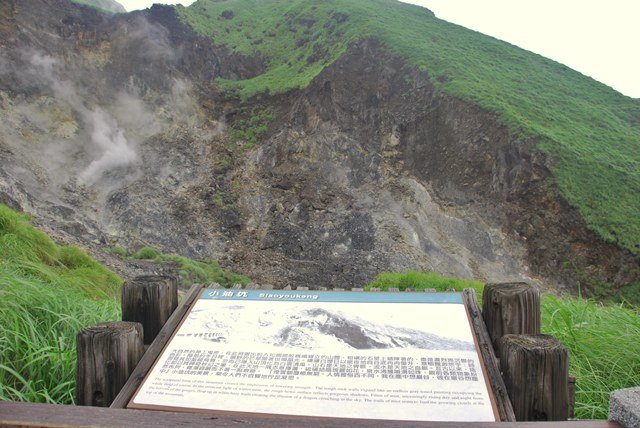 The wind was blowing hard at this time and looking at the grassy areas, we can see the leaves swaying wildly to the gust of the wind. 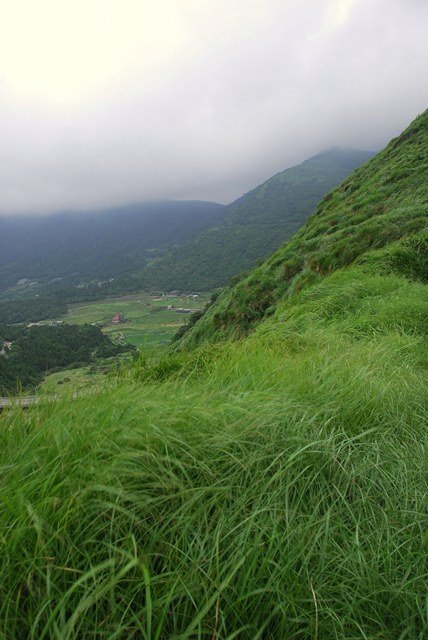 In Siaoyoukeng, a smell is very evident and was told it was sulfur. It was okay at first but for some visitors it can get very tangy as it prolongs in your breathing. 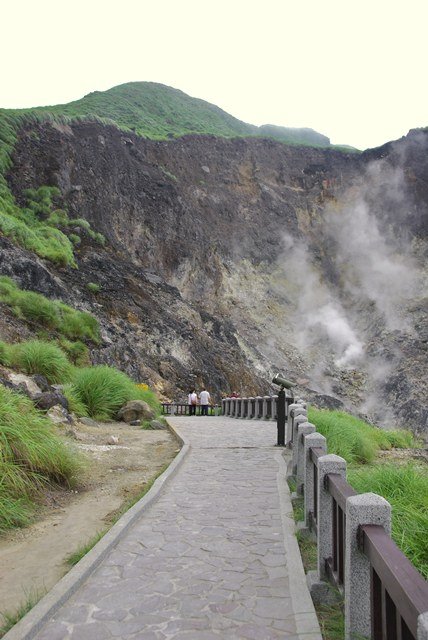 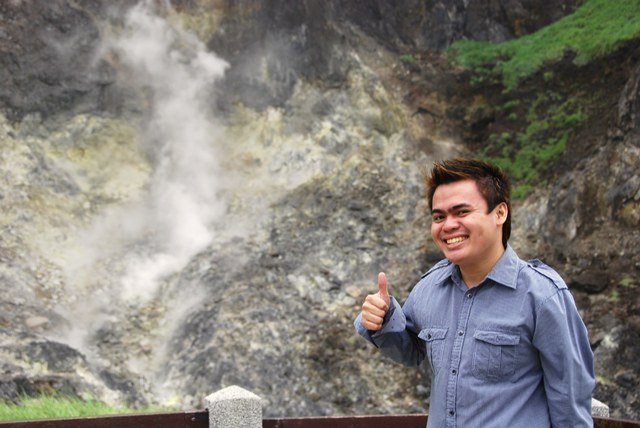 Mr. Yang, dilligently waiting for us from his cab. 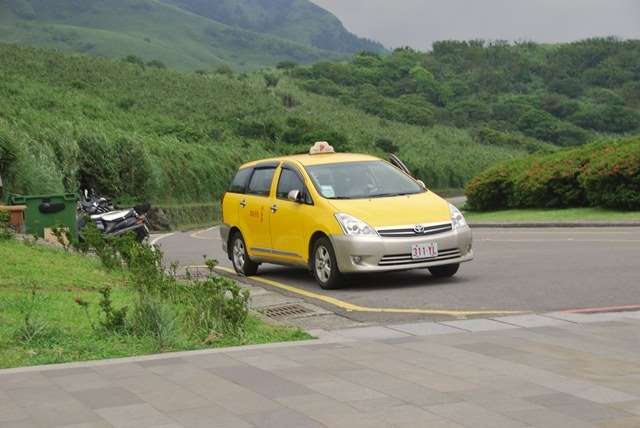 The whole morning was spent around Yangmingshan National Park. I thought at first that it only covers the flower clock and the nearby area but I was surprised that there are other places and it is such a huge park of around 28,400 hectares that a lot of things have been pointed to us as we went by, including Cising mountain, and the highest peak of Mt. Chihsing. What's good about this park is that it is very accessible via 30-minute drive from Downtown Taipei City and in fact, some parts of the park are technically in Taipei City while others are spread out on nearby towns of Taipei County namely Danshui, Sanchih, Shihmen, Chinshan and even Wanli.
Posted by Jasper at Thursday, June 11, 2009

Taiwan is one of those places that seem out of the backpacker's radar - great to hear there's something worth visiting there.

@the nomadic pinoy - although this trip wasn't really backpacking and may fall somewhere more than budget travel because i have my mom with me that time, yes there are lots of things we can do around taiwan and i can say the country is backpacker friendly