While Yehliu Geopark proved to be very interesting and spectacular, our hungry stomachs dictated us to proceed to our next destination where Mr. Yang and us agreed to take our lunch. As we walk towards 7-Eleven where our cabbie will pick us up, we passed by and got amused by people lining up on the restaurants nearby. My mom and I later realized that these are seafood restaurants and as seafood lovers, it got us more hungry than ever. Too bad our lunch destination is still a 40-minute drive away! 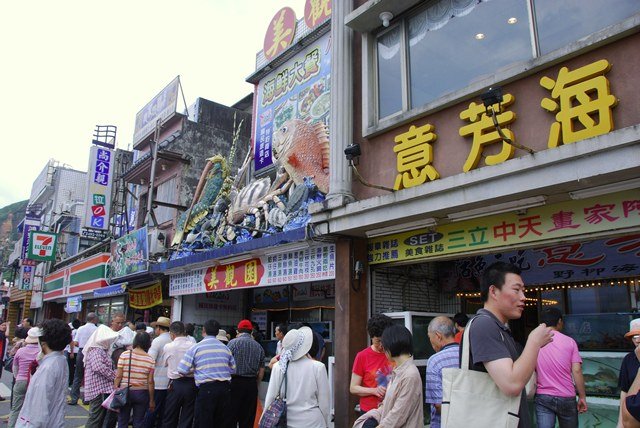 On the way, Mr. Yang recommended that he stop by a place and let us try a local practice. Since we're here for experience and it sounded like a safe thing to do, we're obviously game and got a bit of surprised to drive by a place where a number of big posters with sexy girls are flaunted to public. 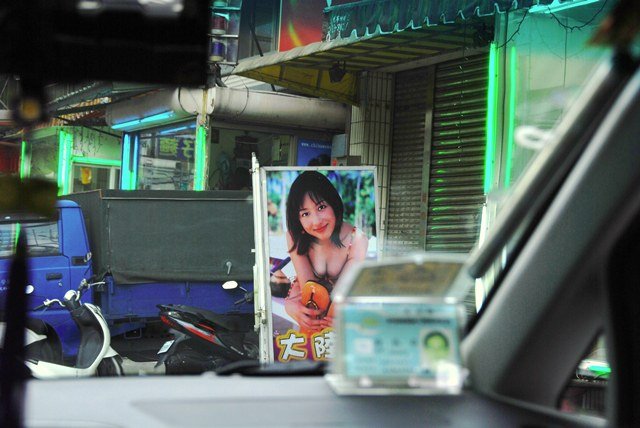 Adding more to the surprise, a tight and skimpy-dressed girl knocked over our cabbie's window and talked with Mr. Yang. 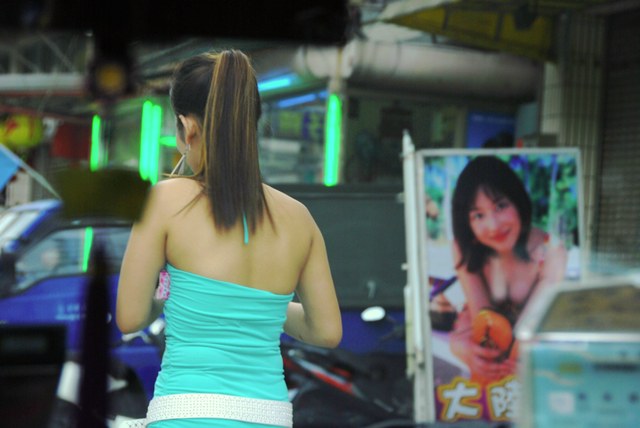 After a few exchanges of what seemed to be ordering of something and negotiation, the girl had proceed to this small box-like window shop and got something and returned a small package to our cabbie, got the payment and left. 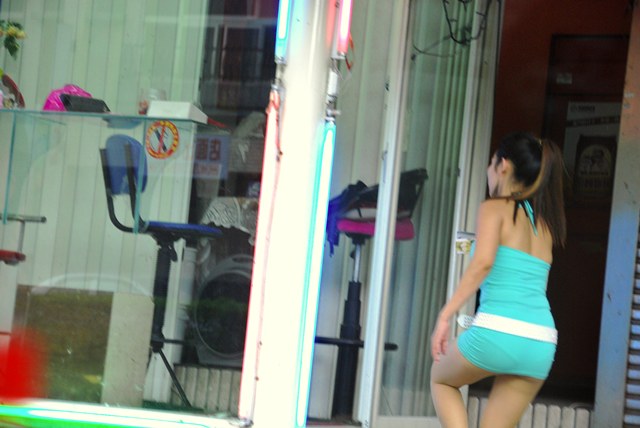 What Mr. Yang ordered are betel nuts! Apparently traditional folks in Taiwan love to chew this delicacy and we were a witness to this chewing (and spitting) eveywhere. He got something else to go with it and asked us to chew both at the same time. We were handed a plastic cup where we can spit it out in case we didn't like it. 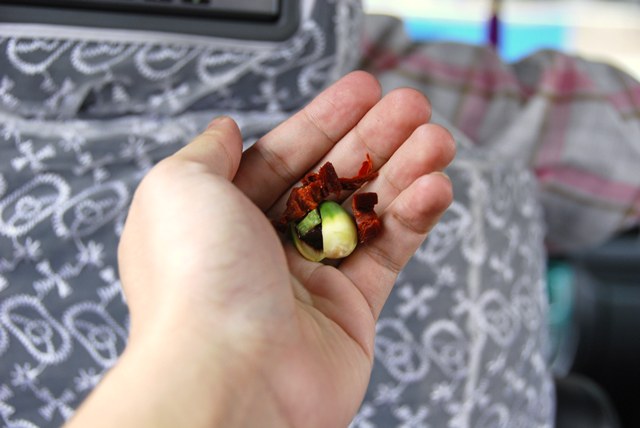 After a few seconds of chewing, I had to spit it out fast because I didn't like the combination of something bitter, sweet and tangy. My mom apparently liked that red-colored thing and Mr. Yang explained to us it's a tradition here in Taiwan that sellers of betel nuts wear something sexy and sit on a window shop to attract customers. 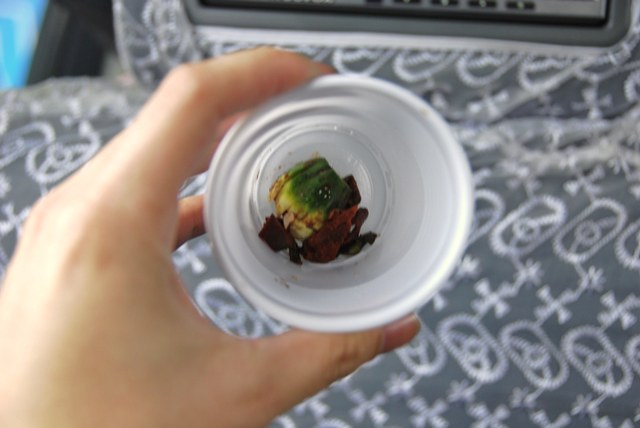 After that, we went off to our next destination, passing by tunnels and highways, as well as scenic views on the way. 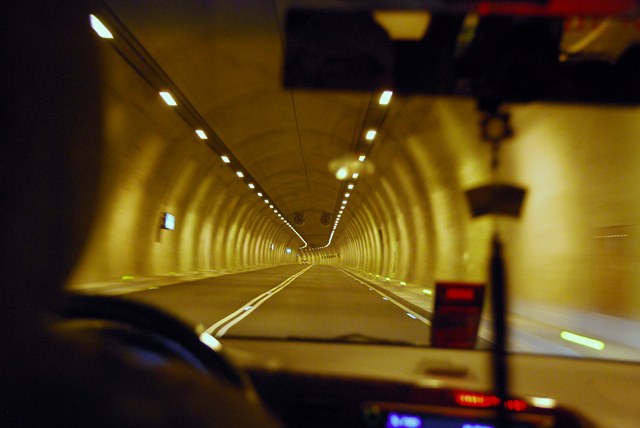 It was past lunch time when we reached the place and got dropped off meters away from the entrance of Jiufen Old Street. Since it was weekend, a number of people are coming in and out of the alleys. Jiufen meaning "nine portions" in Chinese was a historical village back then where nine families would ask for merchants to deliver nine portions of anything that is delivered to be consumed by the respective families. Since it was a remote area up in the mountain until the gold rush nearby, deliveries back then was scarce and may take a long time. Today Jiufen is developed and is a favorite must-see among locals and foreigners especially during weekend. 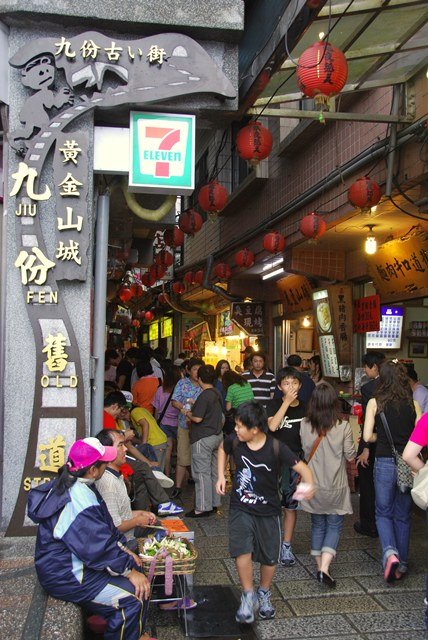 Inside, the aroma of different food being cooked can be smelled anywhere. Stalls here sell different things from soaps to cute little things but most of them sell food of different kinds and varieties. 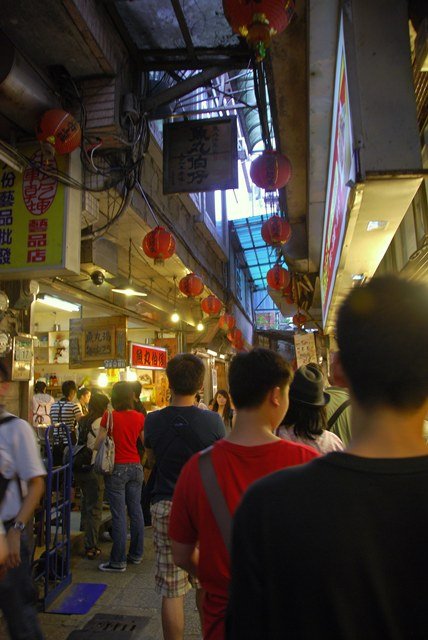 Here are some of the things we saw while walking through the alleys of Jiufen: 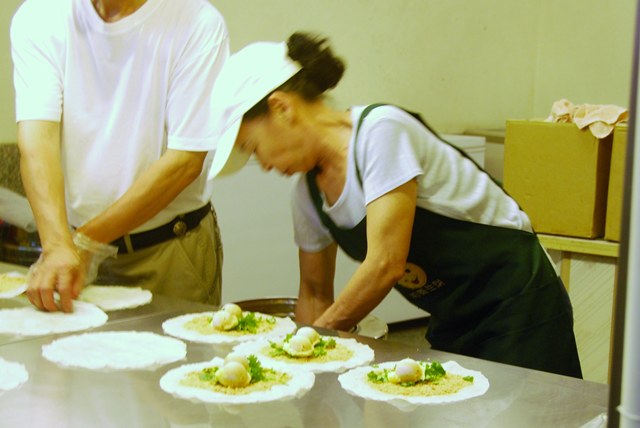 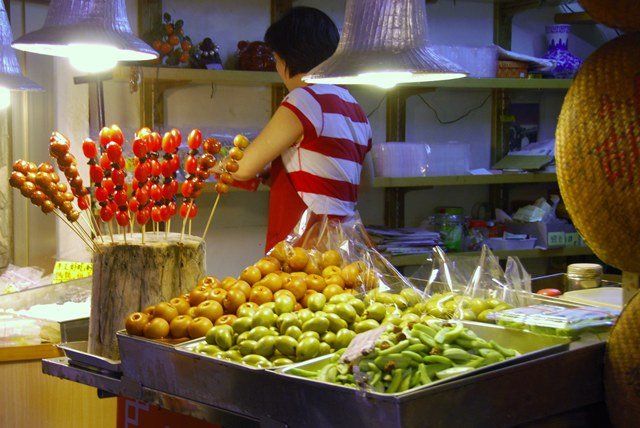 grilled seafoods like squid, clams, mussels and other shells 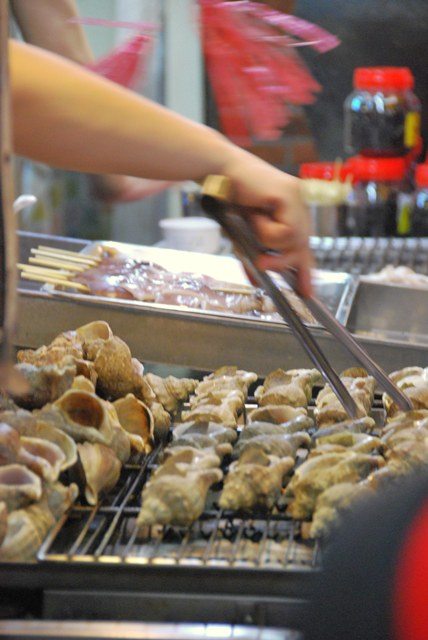 hotdogs and sausages of different colors and sizes 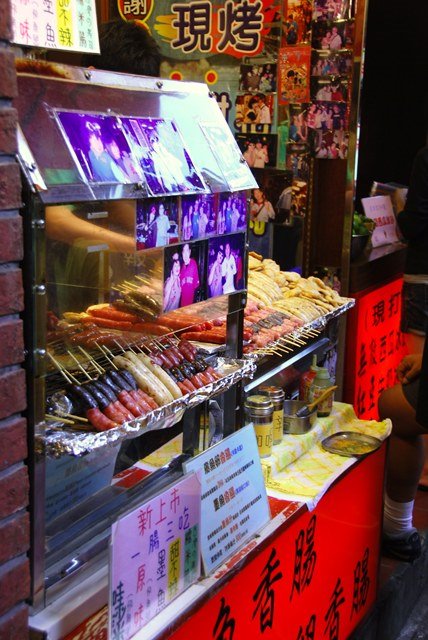 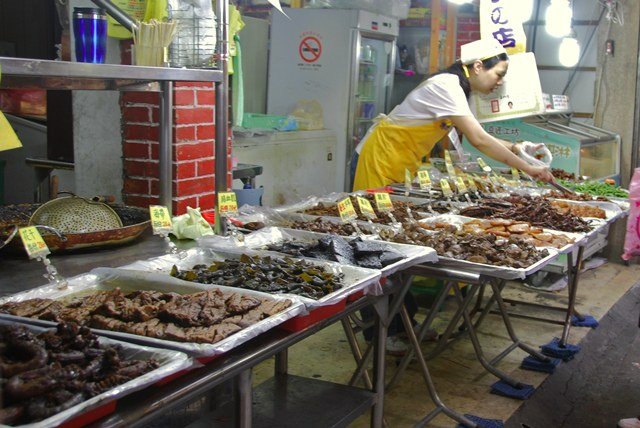 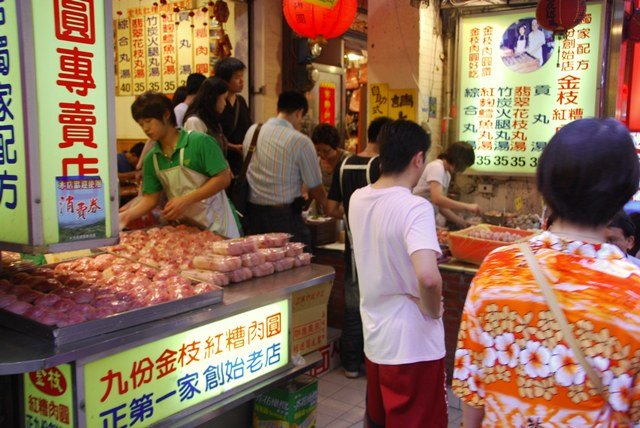 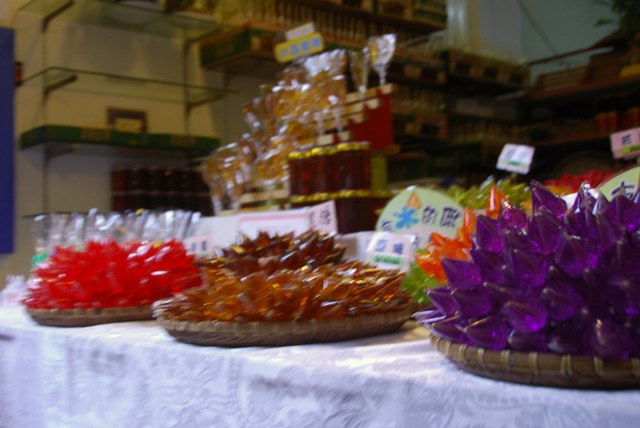 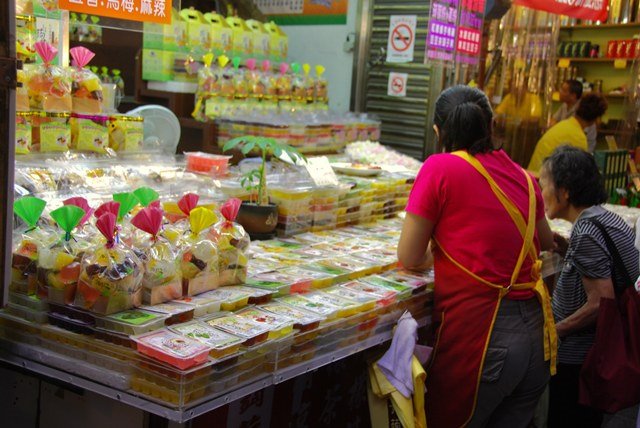 We intend to eat lunch on one of the stalls, however after trying to converse with some of the sellers, we can't seem to understand each other when asking what their items are because we are afraid to try something too exotic. Moving further, my mom got a bit sick of the smell and lost her appetite when she passed by stalls that were cooking and serving stinky tofu, a Taiwan specialty. In the end we just went back to a convenience store outside and got sandwich and pizza bread instead. We went back inside for a brief moment and managed to buy some pastries and small cakes for us to take home. 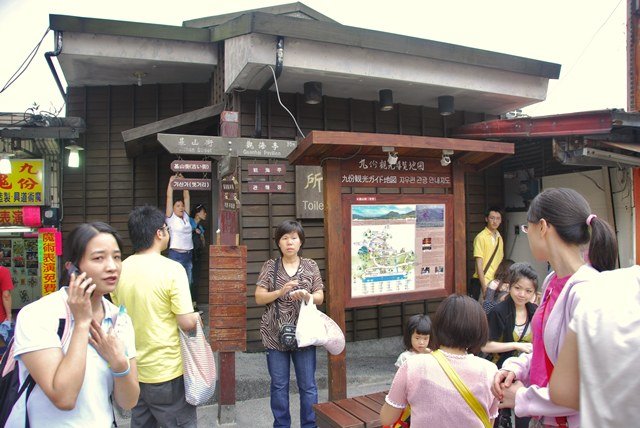 Then it started to rain. While we were in a pavillion-looking area near the restroom to see a glimpse of the view below, the rain started to pour harder and we were drenched a bit. 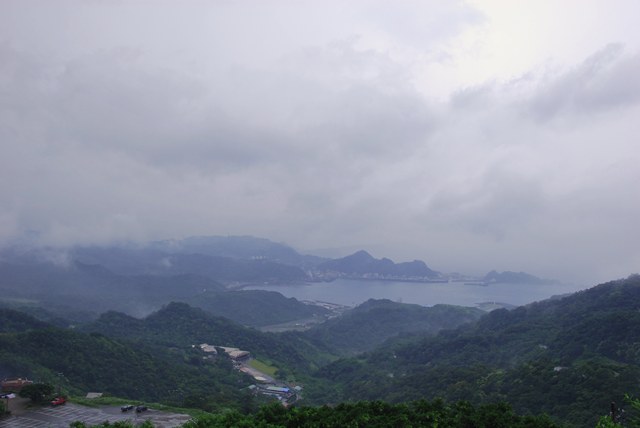 It took more than an hour of wait for our cabbie to pick us up. Not his fault but it was due to the narrow roads and hoards of people visiting the place during weekend added with the problems and slowdowns the sudden rain has brought to the area. 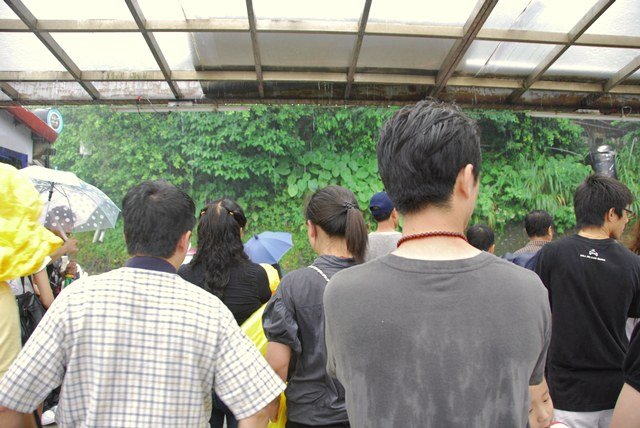 hey u mean u just went Taiwan? Gosh how many times do you travel in a year! haha envy envy!!

I never taste betel nut before, heard that it's yucky that's why.

I only went Taipei before, there's still a lot for me to see in Taiwan.

@eunice - that was almost a month ago already. :) seriously, yes i'm guilty and i was just there this june so shoot me! :P

nice country i should say!