An hour's worth of driving from Nanya, Mr. Yang brought us to our last destination for the day - Keelung City. After showing us around the harbor he dropped us off in Miaokou or otherwise known as the Keelung Temple Night Market. 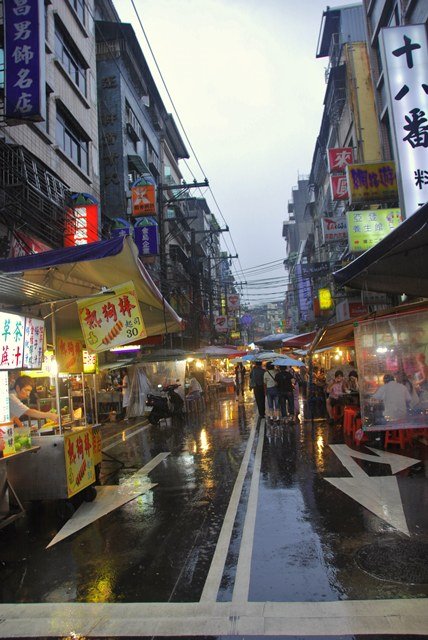 Different things happen around the area, there are stores selling clothes, arcades, displays of some sorts, beauty shops and other things you can think of. 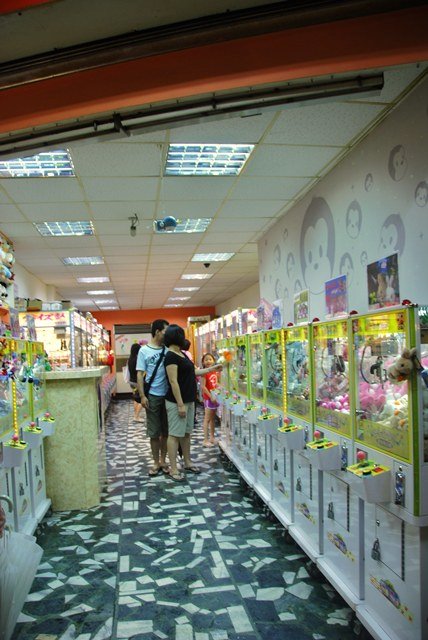 The most famous thing to do here definitely is to eat. Around the area are lots of food stalls selling items that may be familiar and other stuffs that may seem quite odd. 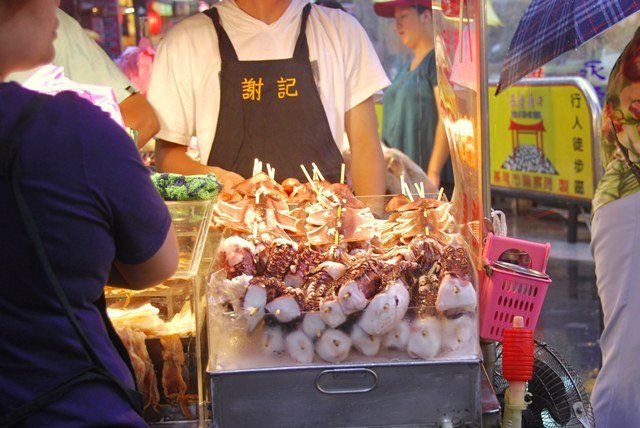 There are also covered places where one can sit down and eat literally on the street. 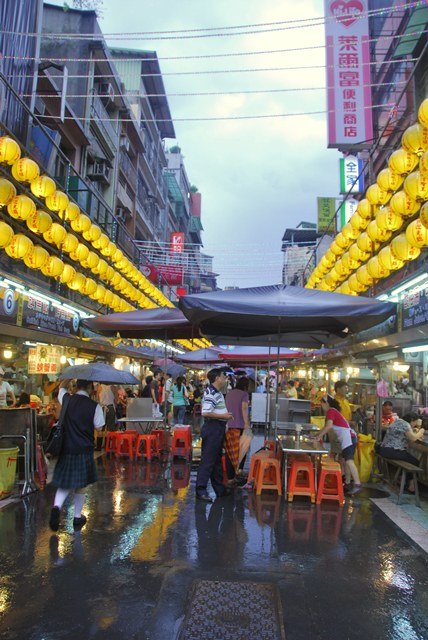 Fruit stalls selling juices and shakes are also available. Apparently these is common around Taiwan. 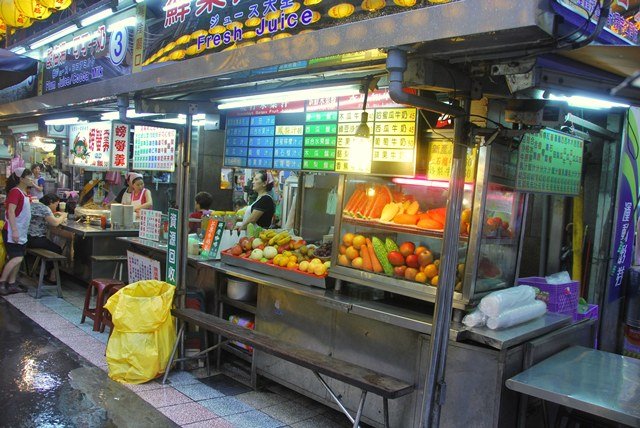 Somewhere around the area is Dianji Temple, built in 1875. 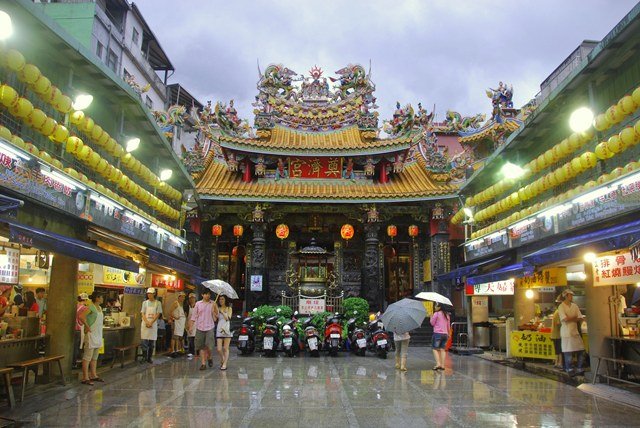 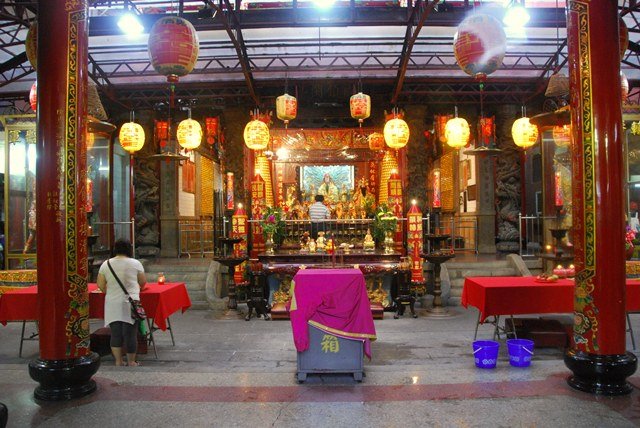 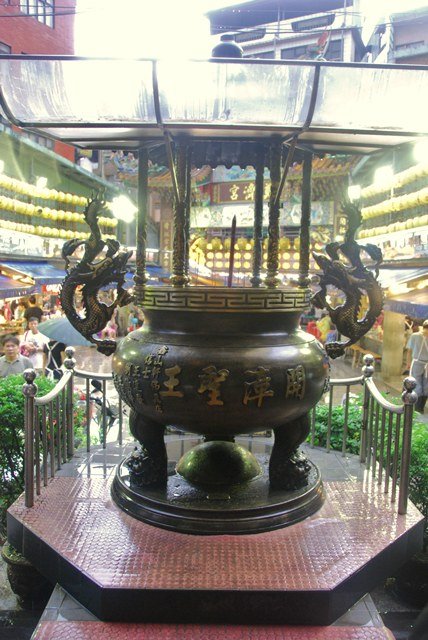 Tourists and locals commonly flock here for seafood. Yes, since Keelung is located near the harbor, fresh seafood items are available in most stores! My mom and I were literally drooling over the fresh food items but since we cannot converse, I hesitated to try it out since we may have problems asking them how we wanted it cooked. My action plan then was to see someone eating something that looks yummy and point to his plate or bowl upon ordering. Unfortunately this didn't work either. 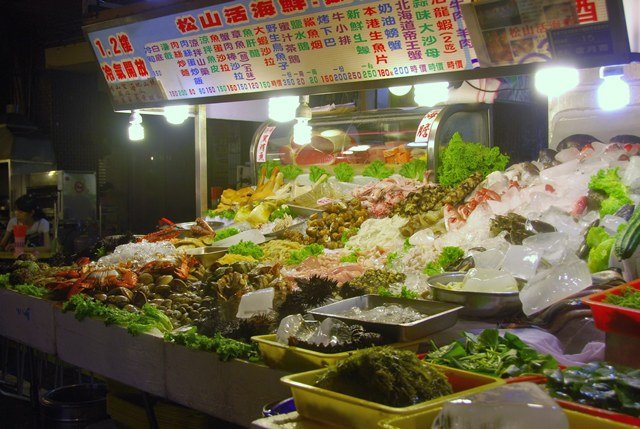 After almost an hour of going around, we saw little shrimps and fried crabs in one of the stalls, but I'm that's all that we'll have for dinner. I suggested that we just buy something for takeout and eat back when we reach our hotel and for early dinner, we can just have something from the nearby fastfood stores. Then I saw a buyer that used tongs and put his order in the basket which he handed over for further cooking and seasoning. I did the same, getting a couple of big fried crabs and gave it to the cook. When the crabs were fried and ready for eating, he got a pair of scissors and cut them to little pieces. I experimented with the food saying yes to all seasonings he was asking if I wanted to put them in and then handed it over to me after paying NTD 200 and got a change of NTD50. 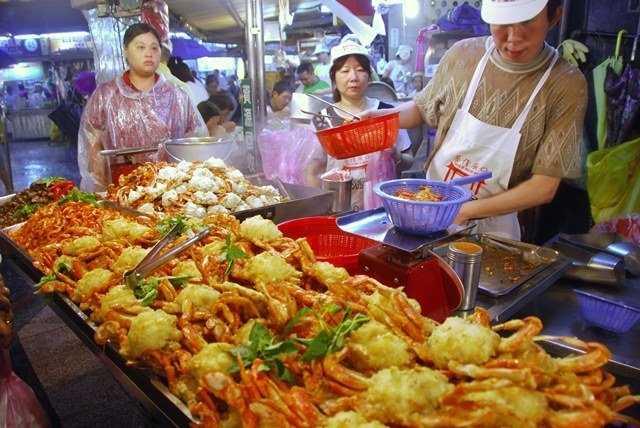 This is usually our last choice but we got desperate that moment. First we had lunch from the convenience store where we got a sandwich and pizza plus softdrinks and then for dinner, we went to a nearby McDonald's. 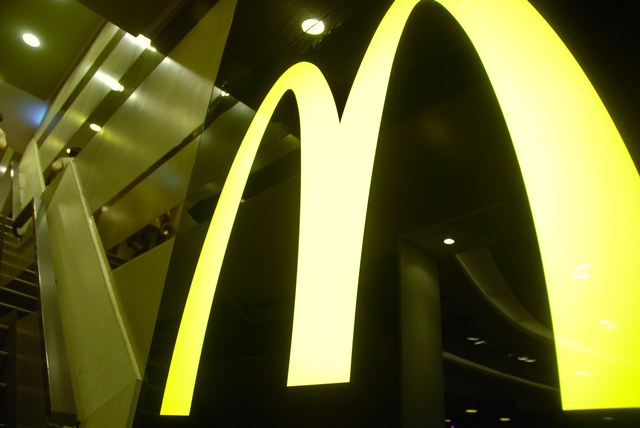 My mom had chicken (served in a paper bag) while I had a Big Mac burger, both served with fries and softdrinks. At the back of our mind is a thought that at least we got something we can eat when we get back to the hotel. 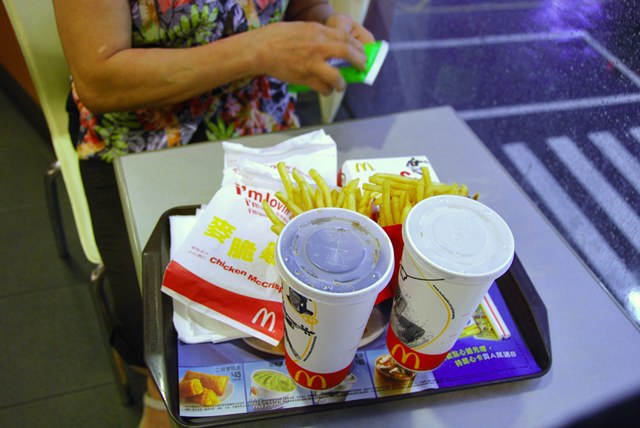 We passed by a convenience store to pick up some items and then we called Mr. Yang for our final pick-up. It was already dark when we met up with him and started to feel the tiring day as we headed back to Shenkeng. 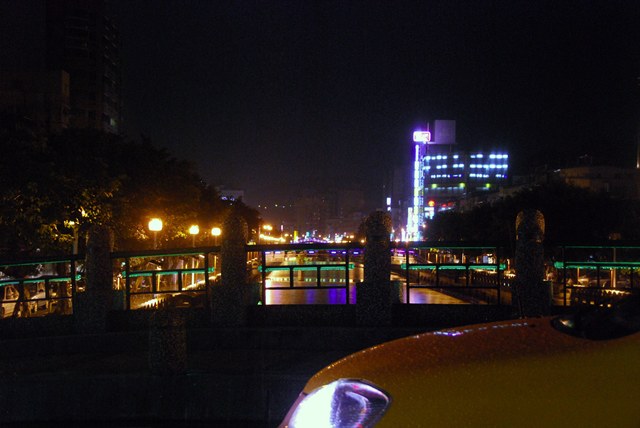 There was traffic on the way back due to some construction on the highway and a huge trailer carrying cars that slowed down one of the two lanes in our direction but we reached just in time, a little past 8:30PM, a sleek 12 hours after our pick-up time. I paid him the price we discussed plus added a couple more hundreds as a tip for a very good service. Looking back, we have done a lot that day and we could not have done it without him and his eagerness to explain things to us even though he is having a bit of hard time thinking of words to use. I definitely recommend him to anyone who's coming in town and would need such service. 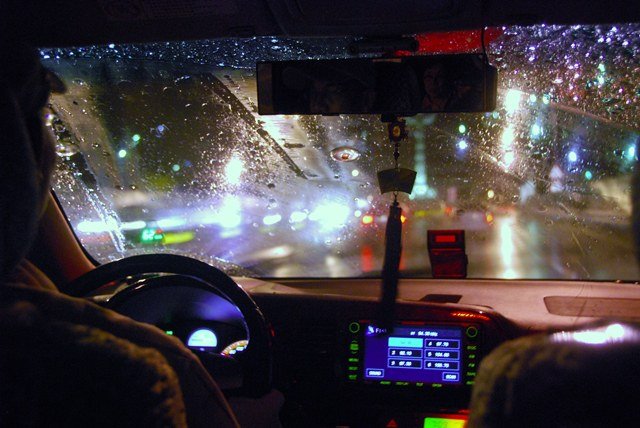 Deep fried crabs. They are yummy and yes, for me they are worth it. It was so good that my mom who usually don't eat much of crabs almost finished them all. The seasonings added were also great! 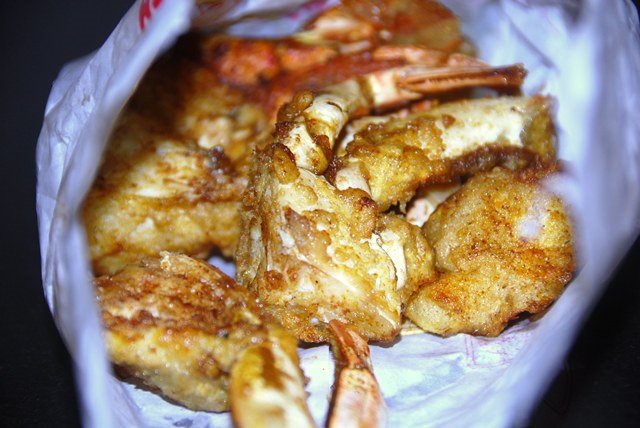 Some sort of fruit. We thought at first these were lychees when we bought this from a vendor for NTD100 in Yangmingshan Park but we were surprised they were not. They were like berries, tasted slightly similar to strawberries and sweet. If anyone knows what these were, please feel free to fill me in. 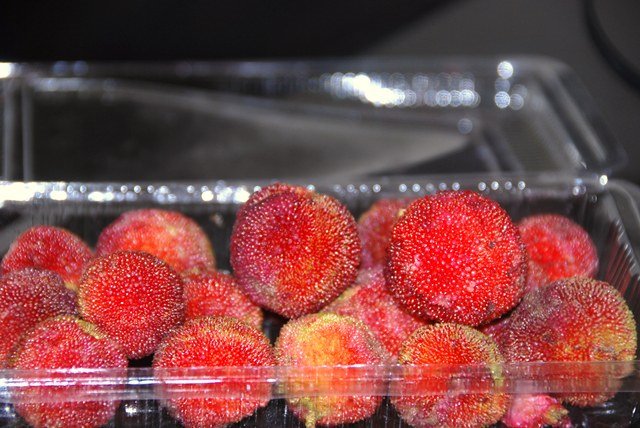 Odd-looking pastry. This is supposed to be like bread but is rolled and shaped like a tape measure. It was okay, but we were just intrigued by its looks. 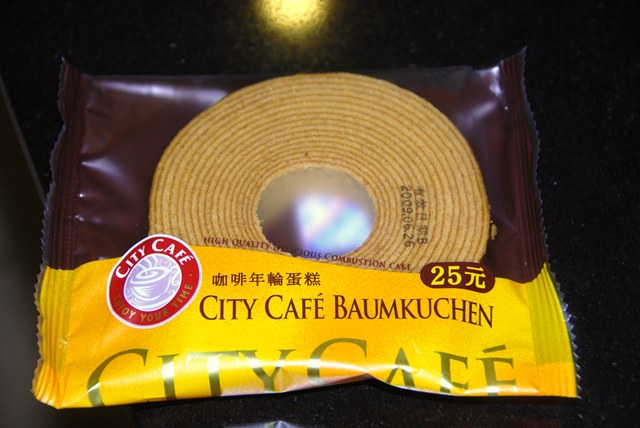 We had a day packed with all sorts of activities but we are grateful. It was just day 2 and still have a few more days ahead of us in the city but we felt like we began to understand the culture and feel of a local through the stories and experiences we had just for the day. As we felt tired, we went to sleep earlier that day to get ourselves recharged again for the adventures ahead of us.
Posted by jasperjugan at Friday, June 19, 2009