After spending the whole morning at Yangmingshan National Park, our cabbie Mr. Yang drove us to Yehliu Geopark located in the town of Wanli, Taipei County. The park is located by a cape between Wanli and Keelung City and is famous for hoodos, rock formations and other geological shapes that formed over time. 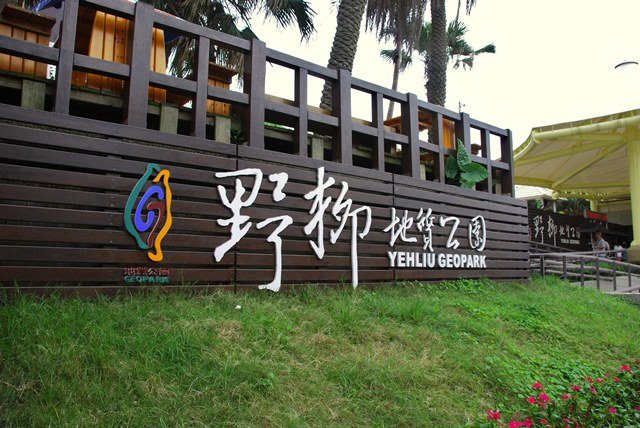 Admission to the park is NTD50 and upon entering the premises, you will first have to walk around 5-10 minutes, depending on your pacing, towards the rock formations. 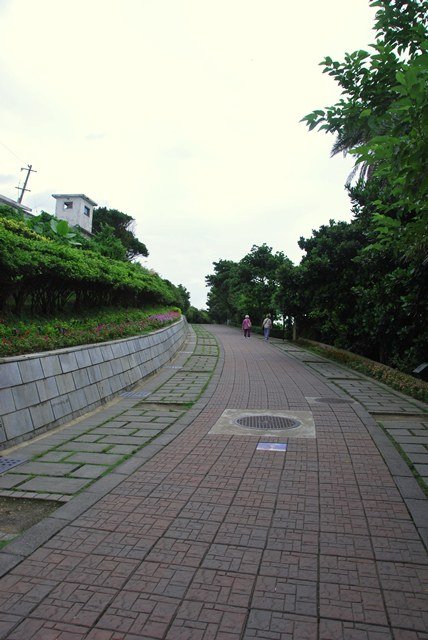 When I first saw the stones, I was simply amazed by the beauty of this natural phenomenon. I saw pictures over the internet but I had few reservations at first that perhaps they just look good as photos but I was awed by its magnificence the very time I saw them right in front of me. Even better, I thought the park may just be a small place and the geological shapes may just limited and of small scale but to my surprise there are lots of them and the area is vast that it will take you at least an hour and a half to explore all. 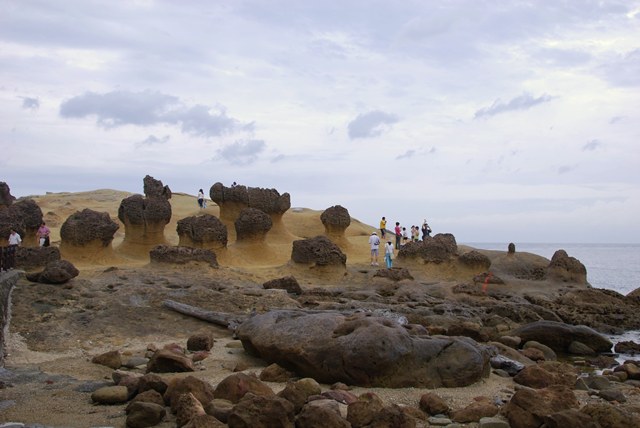 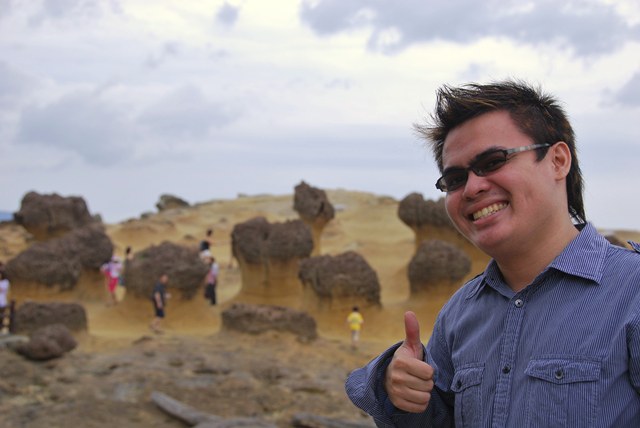 Some things are really unexplainable. The feeling is like I was again in front of Grand Canyon, only closer. 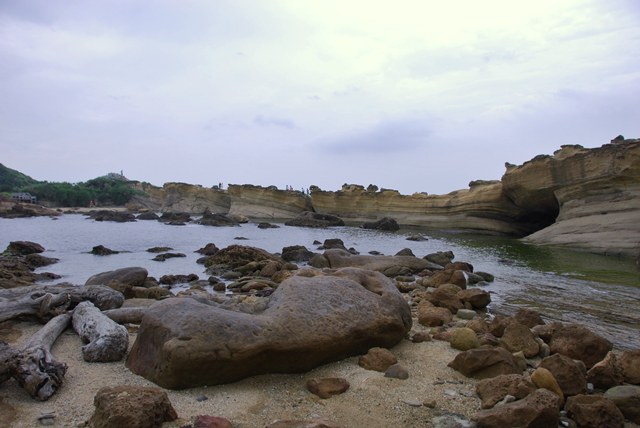 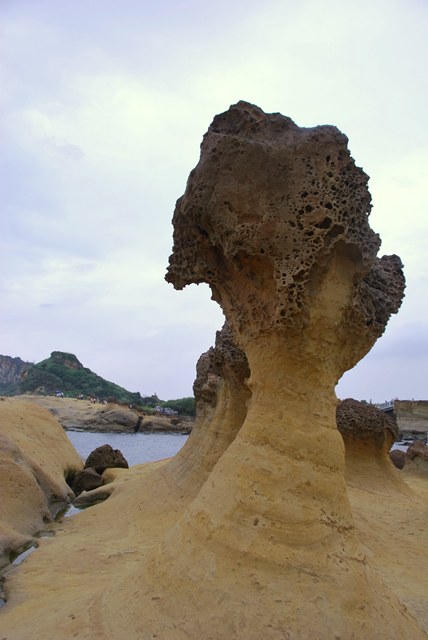 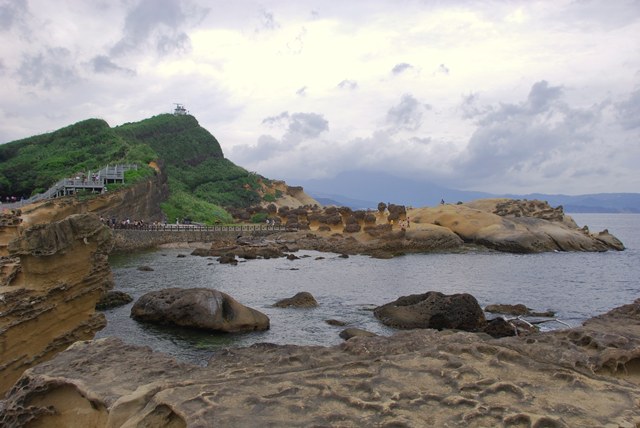 on top of the rock! 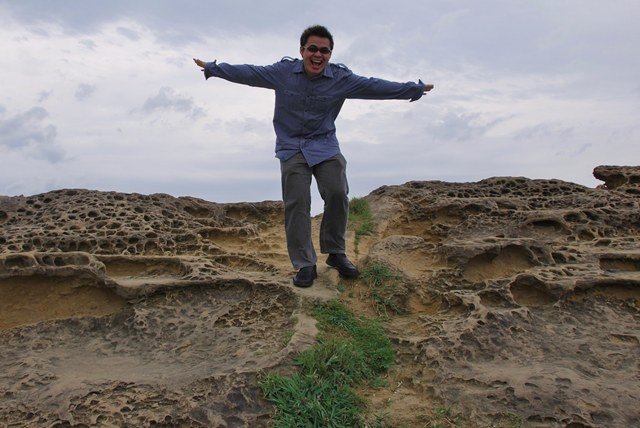 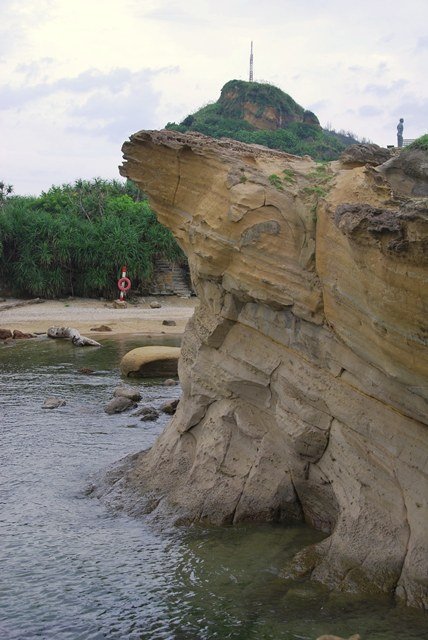 Interesting and bizarre-shaped rock formations like this makes you wonder how such things have formed for a matter of years. 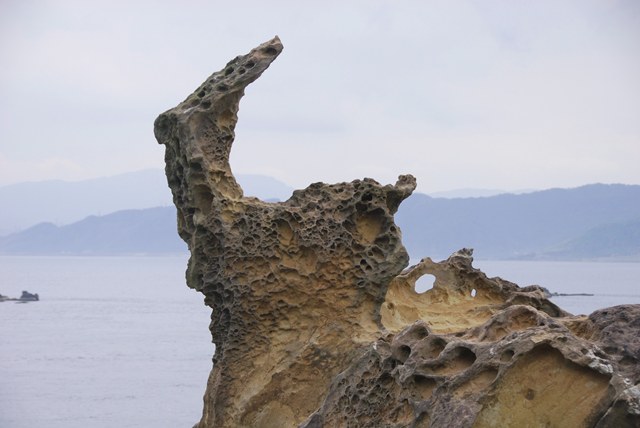 Weird as it may seem, somewhere in the park is a garden area where shrubs and flowers, and a few short trees are growing. 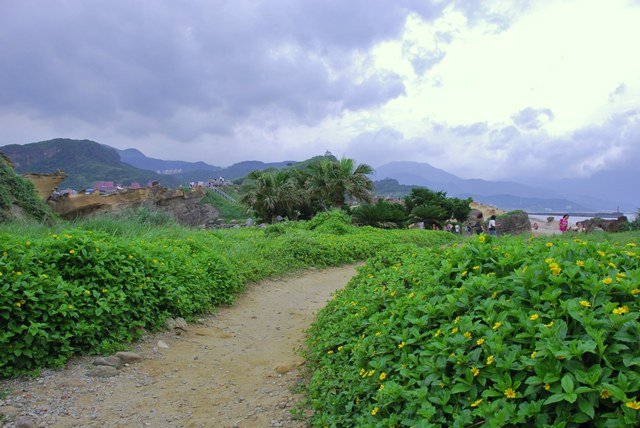 me, at the garden area 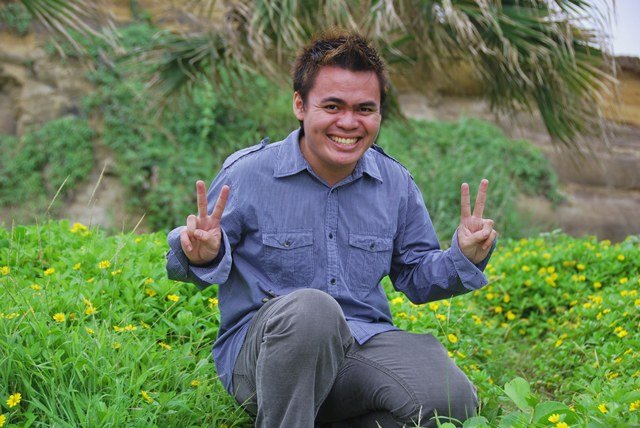 The area may not be accessible for visiting guests without the aid of artificial infrastructure. Aside from building pathways where visitors may walk, they also included a few bridges like this that didn't just help us cross from one place to the other but also added to the overall beauty of the place. 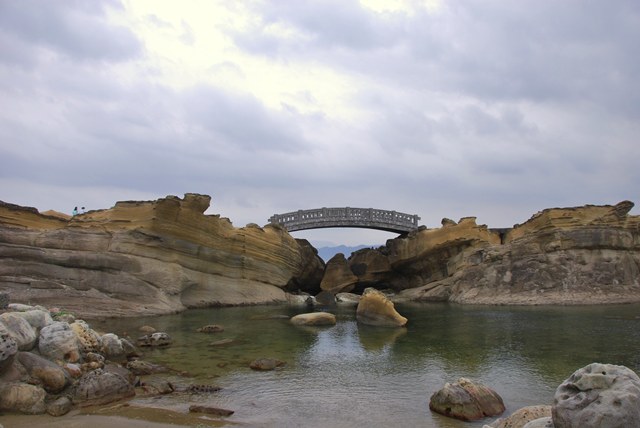 Another rock formation of interest had a hole in the middle and you'll see people trying to pass-through on its opening. 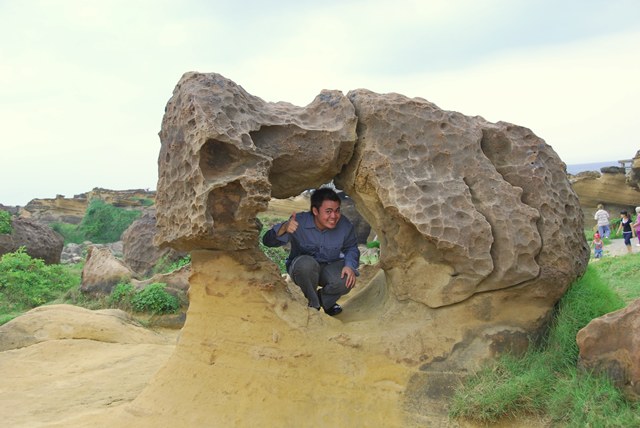 This rock formation, named as "Queen's Head", is the most famous among all that is in the park. It's not very obvious from this picture however because of the angle I took this from. There weren't any literature around to explain what's in front of you in the park so it's a must to bring a guide or read about it first before coming in here. 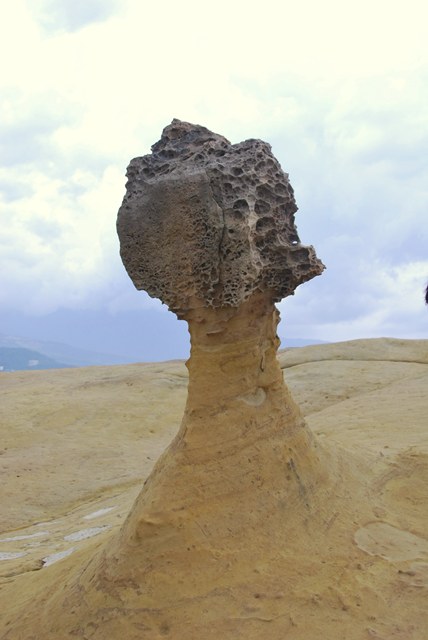 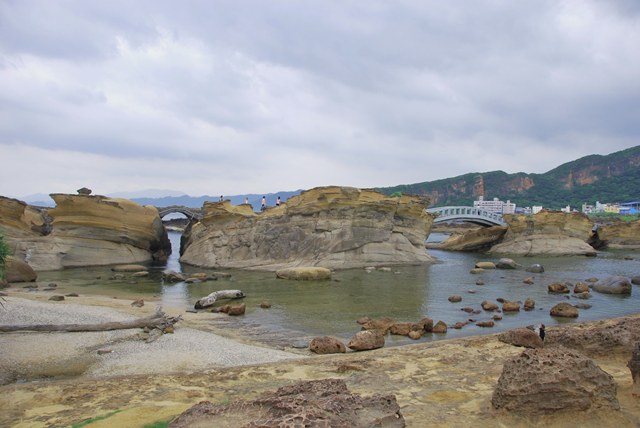 Near one of the viewing platforms is a giant compass. 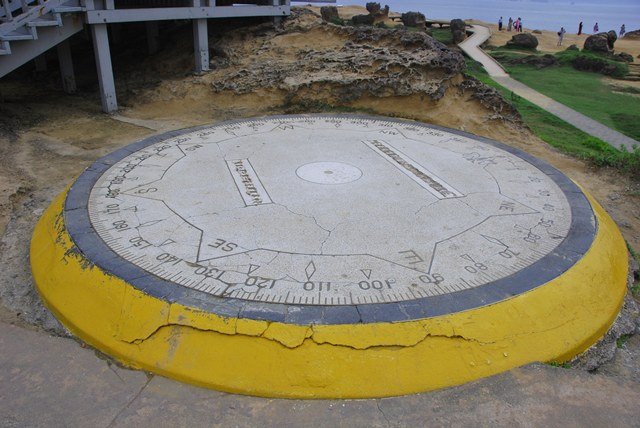 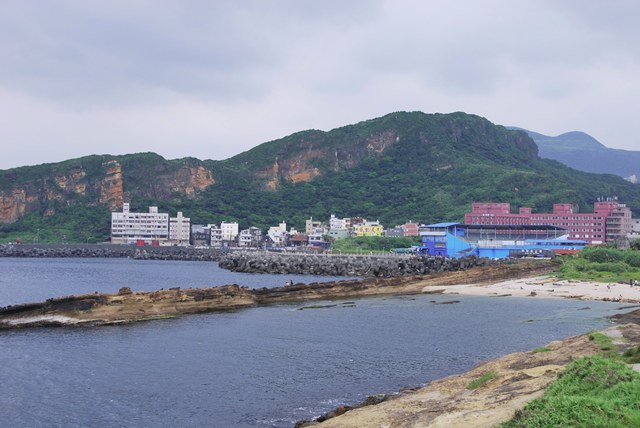 Simply great and amazing! Visiting Yehliu Geopark for me is indeed a never-to-miss activity and it's highly recommended for anyone to get out of way and find time to see the place and be amazed by it right before your eyes.
Posted by Jasper at Saturday, June 13, 2009