Out of curiousity, my mom, Julie and I went to try out the ferry service in Pasig River one Sunday morning of August 2007. The ride is considered the "fastest link" to travel from east to west of Metro Manila (and vice-versa).

So we started our trip by going to Guadalupe Station. 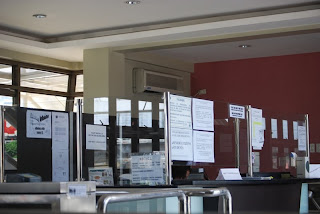 There was a 25 PHP one-way fare promo every weekend because it is usually the off-peak days because most offices do not have work. They are positioning weekend trips as "family boding" rides. 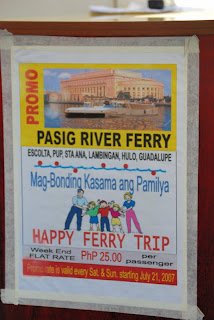 There are a lots of things to see along the riverside, but most are factories and industries that rely on the water way to transport their materials and products. 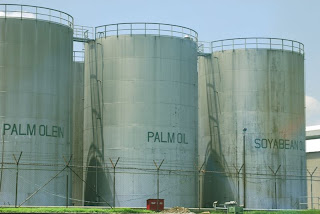 This is Jones Bridge, which is right outside the Escolta Station. One of those historic bridges in the area. 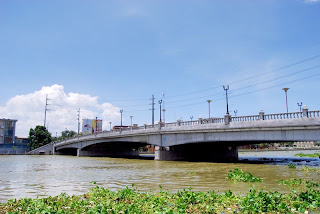 Escolta Street was a busy and bustling area a few decades back. Right now, only traces of the beautiful past in form of dilapidated and worn out buildings can be seen. 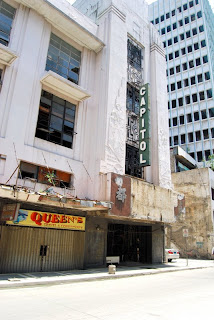 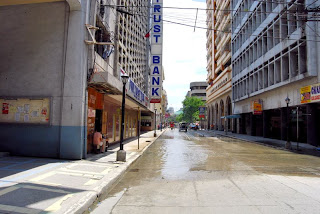 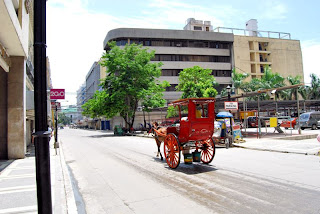 Near Escolta is Chinatown in Binondo District. We decided to go to the area and have lunch. 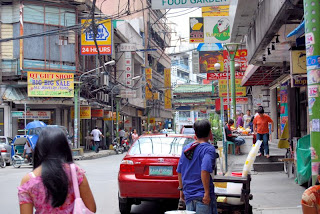 Right after lunch and on the way back to Escolta Station, we passed by Sta. Cruz Church which is just across Chinatown entrance. 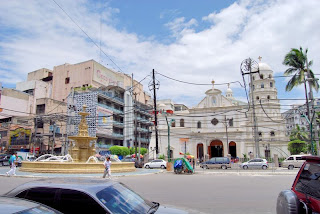 Going back to the ferry station, you can see that the streets are deserted during Sundays. This sight is impossible to see in a normal weekday. 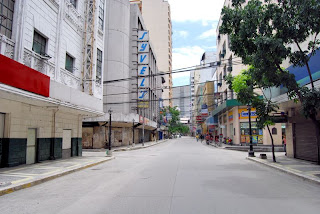 Across the river from the Escolta Station is the country's main Post Office building. The architecture is stunning and beautiful. 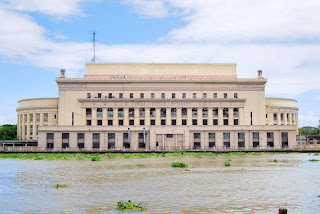 So we bought our tickets going back to Guadalupe Station. This is how the ticket looked like. 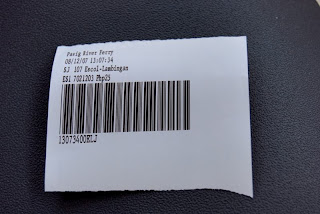 On our ferry back to Guadalupe, I saw this sign pasted in one of the walls - it's a shame that people do not trust people and it is necessary to post things like this. 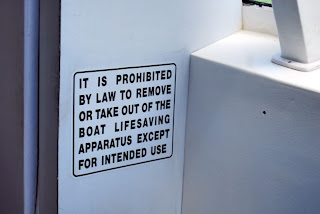 One thing I do not like in Pasig River are plants and waterlilies scattered. I'm afraid that it could clog up engines or propellers. This is an improvement though compared to what things used to be floating in the water - garbage! Years back the water was really dirty and disgusting. Good thing Pasig River was revived to what it is now. 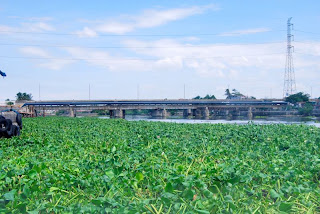 Another building you can see during the trip is Makati City Hall. It is so far the best (and biggest) City Hall in the country I've ever seen. 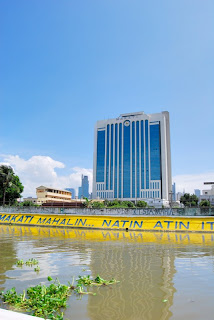 Going back to Guadalupe, we passed by Rockwell Center where you can see new buildings like mushrooms growing out of nowhere. 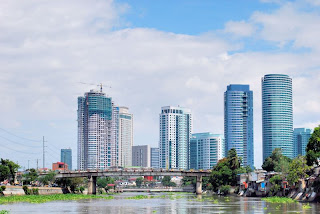 So this is how the ferry looks like. Small yet convenient. 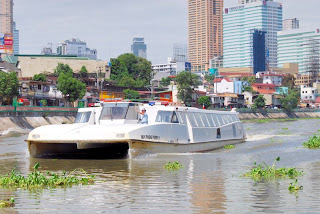 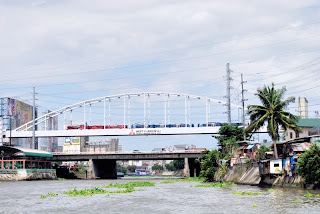 This is our last stop, right where we began - Guadalupe Station. 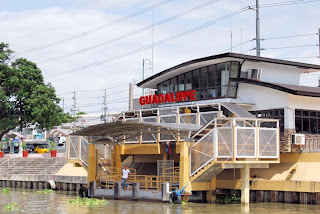 The ferry service from Guadalupe to Escolta passes by a lot of intesting places, including Malacanang Palace and the palace grounds, the seat of power in the Philippines (not open to public), some old architecture style houses and buildings, as well as interesting parks.
Posted by Jasper at Saturday, May 24, 2008

Arranmore island ferry A very awesome blog post. We are really grateful for your blog post. You will find a lot of approaches after visiting your post.