A taste of Suka Pinakurat

Suka Pinakurat is a variety of vinegar which is actually a fermented coconut sap originating from Iligan City. Fondly called as a derivation of "sukang tuba", the vinegar is not really sour but more of spicy and chilli. According to the site, Pinakurat is a traditional Iliganon dish made from wild boar meat “sulop” cooked only by a flame-shut pot of boiling coco vinegar, chilies, and spices. The vinegar is named after this dish because it tastes similar to it. "Kurat" also means "magulat" or to be shocked or surprised. 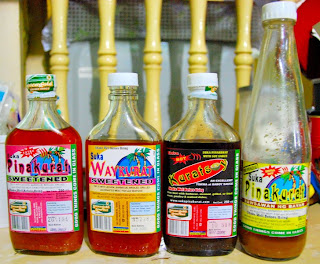 So this is the original variety of Suka Pinakurat, spicy with a sting at the end but not too sour. Kuratsoy is a variety of the vinegar mixed with soy sauce and calamansi. 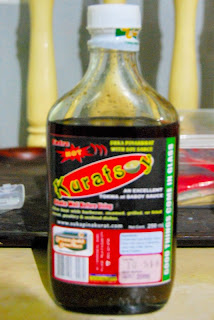 Suka Waykurat is a variety of the vinegar which is not so hot and a bit sweeter. "Way" means none so maybe it means you won't be shocked? 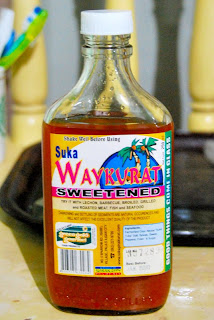 And this is another variety of Suka Pinakurat that is sweetened, something like a mixed of Waykurat and Pinakurat vinegars. Sweet yet very spicy. 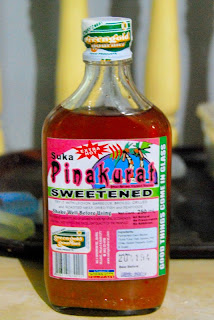 The vinegars are best as a sauce dip for a lot of filipino delicacies including lechong baboy (roasted pig), chicharon (pork rind cracklings) or other beer-side foods (pulutan). It can also be used as seasoning for dishes on the table or while cooking.

This is not an advertisement of any sort, I just wanted to share this exciting product from Iligan City in Lanao del Norte. More information can be found on the link to the site above.

Suka Pinakurat taste is always like that everyone can't forget it ,again have it many time to with good taste.

Suka Pinakurat is really a pride of Iligan City.

Where can I buy it in Spokane Wa.