From the endpoint of our beach-hopping in Sentosa island, we were already tired and decided that this time we will take the beach tram. Our next destination - Southernmost Point of Continental Asia! 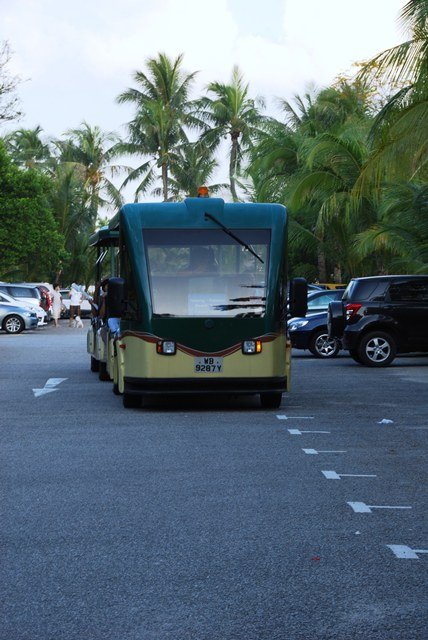 The location of this point, which we previously passed by, is on an island across Palawan Beach. For you to get there, you will have to cross a suspension bridge which is used by a lot of pedestrians coming in and out of the island. 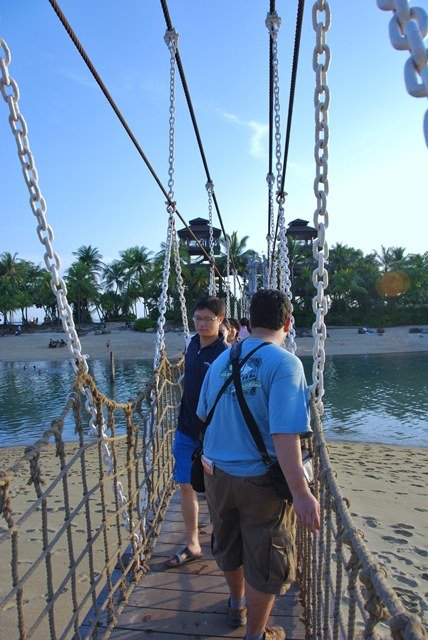 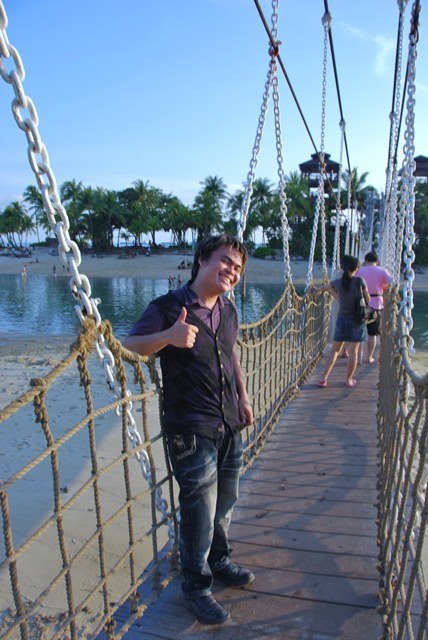 footprints in the sand of Palawan Beach 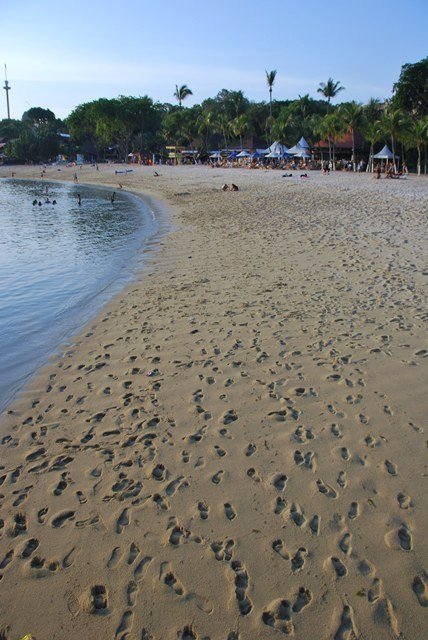 Southernmost Point of Continental Asia or sometimes simply known as Southernmost Point of Asia is on an island fronting the spectacular stretch of Palawan Beach. After crossing the suspension bridge which swings wildly when more people uses it at the same time, you will arrive to another marker of the place declaring its significance. 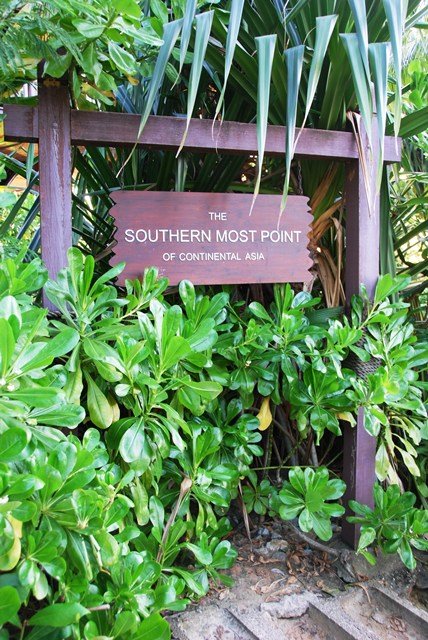 On the island is also a marker of Sentosa, another spot for photo-taking. 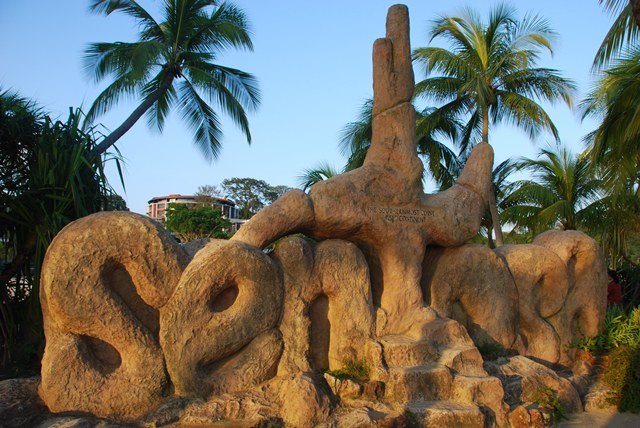 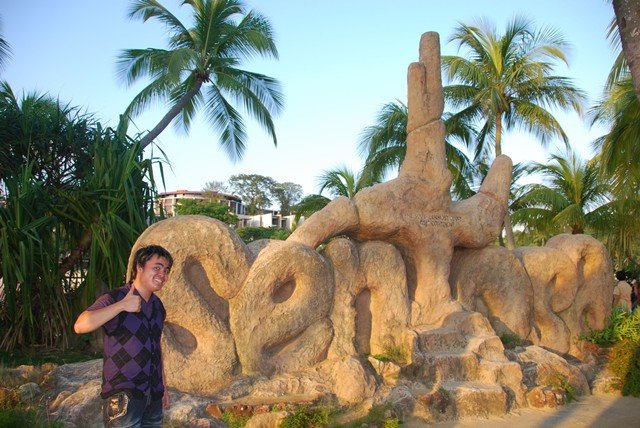 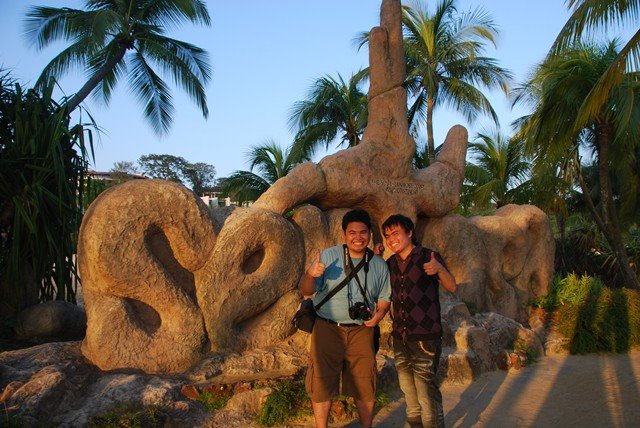 In the middle of the island is a viewing deck that sports a 360-view of the area, with Sentosa island on one side and South China Sea on the other. For us to witness this spectacular scene, we had to climb up by foot stairs that is equivalent to four storeys. 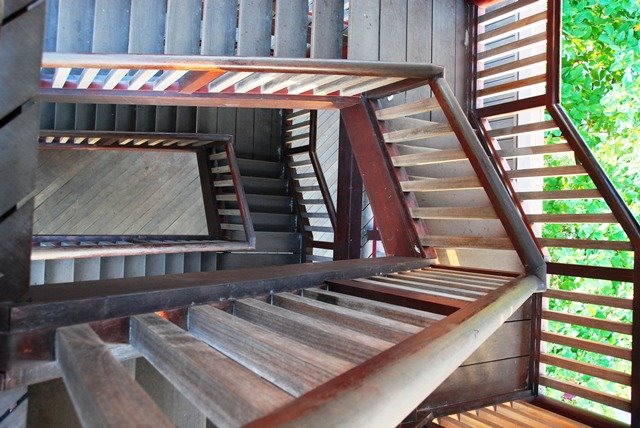 This is the suspension bridge when viewed from the top of the viewing deck. 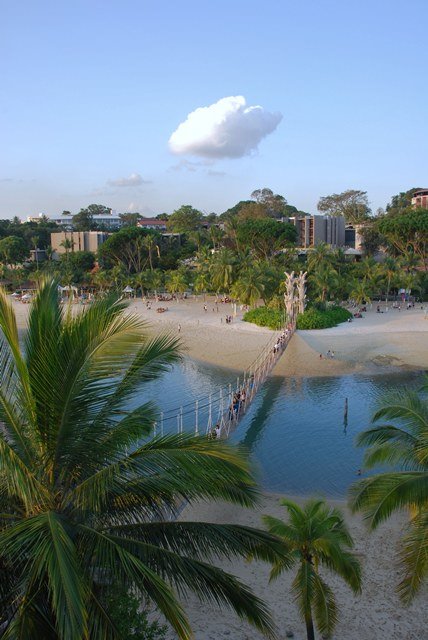 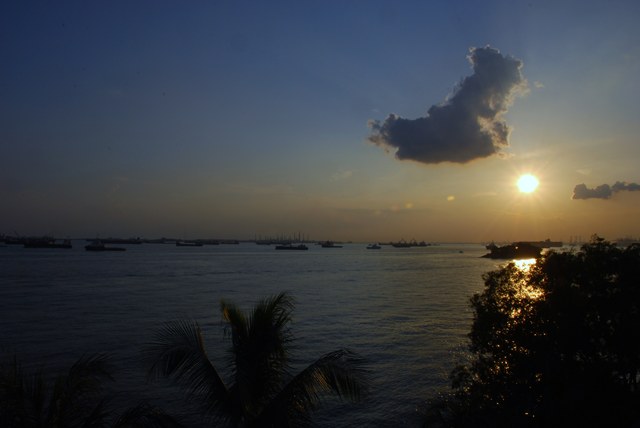 One would fele that the viewing deck is also a good place to sit down, meditate and think about things. 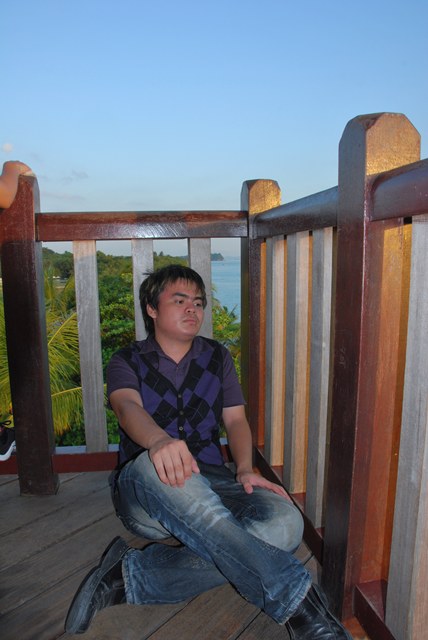 One side of the island is directly facing South China Sea. The cool wind breeze on a hot summer day like this is indeed refreshing for visitors like us. 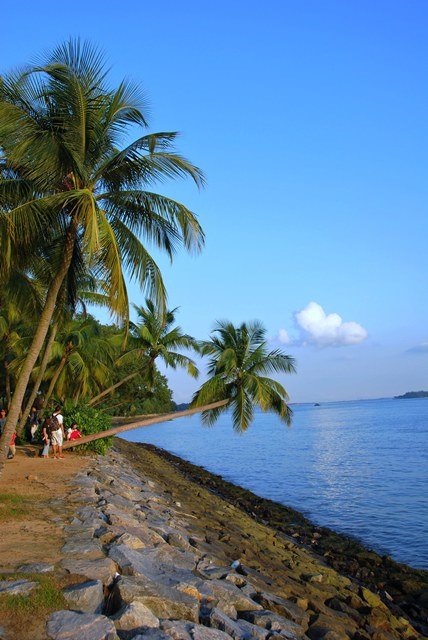 It is a perfect place to sit down and relax while watching the sailing ships on a nearby harbor come and go. 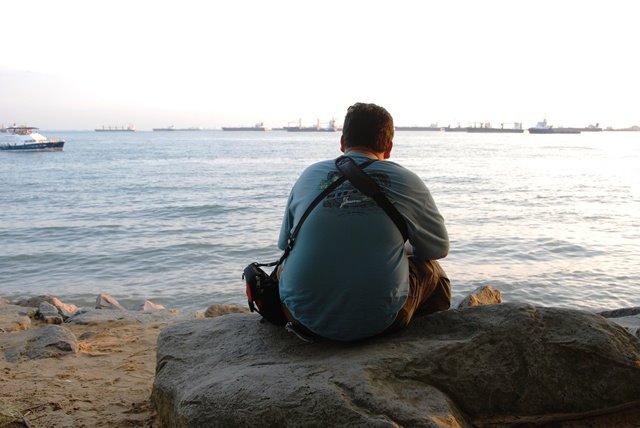 For my next post, another attraction show in the island.. Songs of the Sea!
Posted by Jasper at Monday, May 18, 2009

another great tour. i particularly like the stair shot and by the way, it's my first time to see you without a smile in a photo (referring to the third to the last photo).

@the dong - haha without smile ba :) thanks for visiting by the way!

thanks for adding me on your blogroll. already added you.

I like that suspended bridge reminds me of the Indiana Jones movies. Meditate? Hmm, you look like in a somber mood.:)

hey!! I went to Sentosa 2 days ago with my usa relatives. It was the first time I went to the Underwater World. Quite nice but find it too small and rather expensive. :P Surprise that we can interact with some fishes like the ray fish at "Ray of Fun". But we only went there for a while as the kids were terribly jet lag and very fussy. Oh yeah we are going to the Night Safari tonight! :D

er.. u can speak Mandarin is it? I see that the way you replied to Dong here, you said "ba"..

i've been dreaming of going to sentosa kaya lang parang expensive sya. how much does it cost to go there per person or for a family of three (a couple and a 5yr old kid)?

i read on wikitravel that beaches in sentosa are artificials... how does it feel on artificial beaches but they look natural and the places in Sentosa are real adventure.

@tasteofbothworlds - not sure what you mean but overall trip for us is around 400USD, inclusive of airfare and all we did inland!

@ian bryce - haha yeah, which have set me off last June 2006. however, when i was told that a popular resort here in the Philippines is also artificial, i guess business is business.