After coming back to our hotel from a city tour in Bangkok, we were invited by a hotel staff to come, together with the other hotel guests, to their sister hotel for a celebration of Loy Krathong. Loy literally means "to float" and krathong, a raft or floating object usually ornamented with flowers and a candle. For our version of the celebration which is usually held in a river or a public water body, it was done in the swimming pool of Centre Point Silom. 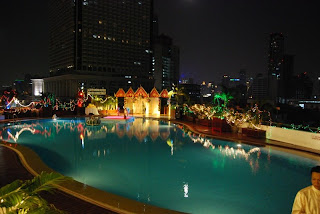 Together with my mom and Julie, we were freeloaders that night. They served us dinner and flowing drinks. Crabs, shrimps, prawns, squids, mostly are seafoods but there were also chicken, pork and beef of some sort. Food were served in cocktail style and not entirely a sit-down dinner. 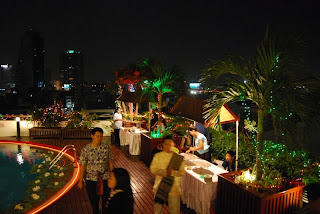 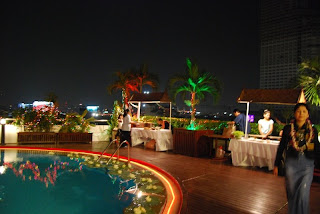 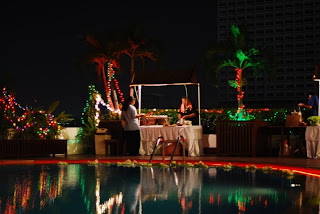 The place was well decorated and very colorful. We thought that this must be an important festival since the management of the hotel has to spend just for this. I even won a commemorative plate during the raffle! 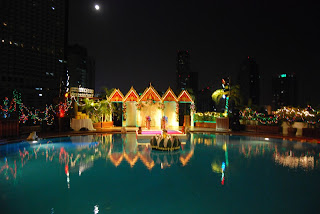 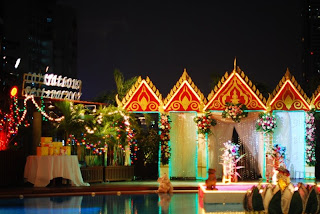 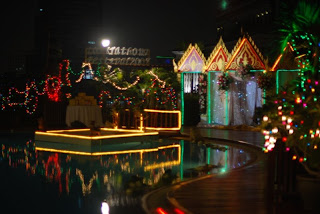 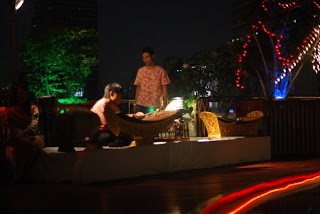 So were were treated with a show of traditional Thai dancing. 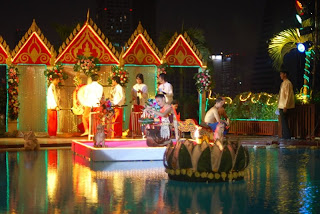 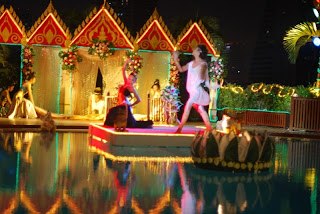 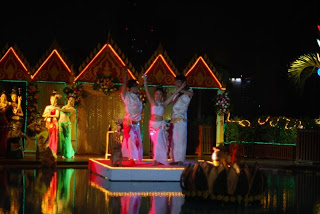 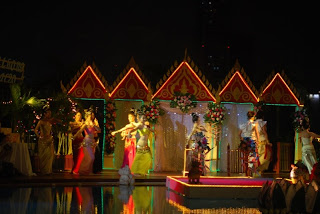 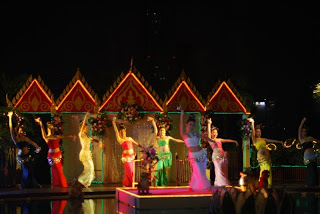 And for the final event of the night, the floating of the Krathongs. We got ours from previously without knowing we are really heading to a celebration and have it floated. So while we light and float the krathongs, we sang a chant of some sort of a song we really do not know about. For a full version of the song, view it from here. 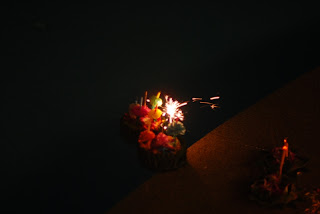 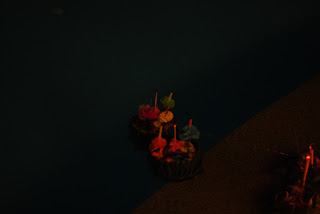 We met a couple of friends who are hotel guests like us. 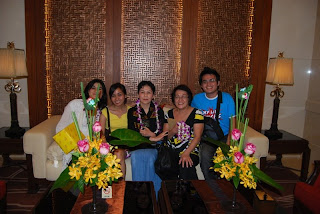 Loy Krathong is one of those festivals that I took part in which I really do not understand what is it for or about. We were told by our tour guide that it was supposed to be for merry making and for couples, to find their mate and destiny that if their kratongs stay afloat together, they are meant to be by fate. Nevertheless, it is a very colorful and dynamic festival where all participants are happy and cheeful so I wouldn't miss a chance to celebrate it again if in the future I will be in Thailand.
Posted by Jasper at Thursday, June 12, 2008

Interesting photos about Thailand! I had only been to Hatyai before. Think I shall visit more places in Thailand to further explore it's culture and sceneries.

p.s: thanks for leaving your comment in my blog. I am posting more about Japan and also Korea over the weekend. Check it out again. :)

thanks for visiting my blog. yes it will be good if you can explore more of thailand because there are really a lot of things to do and go there. in fact i wish that someday i can visit the country again and backpack.

i will definitely wait for you japan and korea escapades!